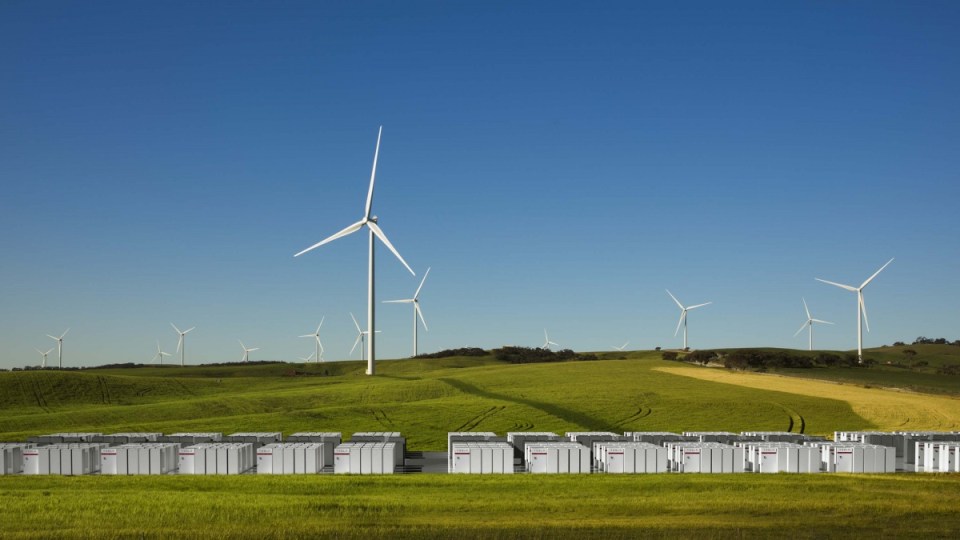 Scott Morrison’s plans for a new gas-fired power station will lock the country into a technology that is slow and inefficient, according to a member of the International Panel on Climate Change.

“We do not need a gas-related power system that’s in transition [to renewables] just to support certain industries that want to sell their gas when we’ve got a better tech available [in] batteries,” said IPCC member and Professor of Sustainability at Curtin University Professor Peter Newman.

“They come on in milliseconds to help with fluctuations of grid while gas turbines take six seconds.

“So batteries are better. Historically we’ll look back and say we lived through the solar revolution,” Professor Newman told the Australian Institute of Superannuation Trustees conference on Friday.

Batteries, he said, were “the holy grail that unlock so much of the rest of power and electro-mobility.”

He said the solar revolution is well under way and being driven by the private sector.

The above chart shows global levels of power generation investment over the past five years. Professor Newman described it as “astonishing”.

“Solar is continuing to take off and is the dominant feature on our landscape now,” he said.

“Wind is plateauing but remains a major part of investment and gas has plateaued.

Coal is falling off a cliff – just disappearing at an astonishing rate.”

The collapse of coal is evident in the US – not least because COVID-19 has pushed down consumption and encouraged retailers to buy the cheapest available power, which is renewables.

“Solar and wind are free so the whole system [chooses to] use that rather than buy more coal,” Professor Newman said.

Renewables have now overtaken coal in the US, despite the president’s love for fossil fuels.

During his term, 50 coal-fired plants have closed down and the reality is that markets determine these things much more than presidents do, Professor Newman said.

Meanwhile, industry super fund investments in renewable energy are helping to create a smart power network to speed up growth, according to Tim May, infrastructure vice-president at IFM Investors.

“We are investors in Ausgrid, which provides the power network for Sydney. They are involved in a second phase trial for the NSW Virtual Power Plant,” Mr May told the AIST conference.

“It will offer business and residential customers the possibility of selling battery power into the grid at twice the tariff they would get from a retailer. We are on the cusp of something substantial.”

Rooftop solar will be an important part of restructuring power grids, and Australia leads the world, with 21 per cent of households already with solar installations.

“That amounts to 10 gigawatts on 2 million Australian roofs, or 5 per cent of national generation,” Peter Colacino, policy and research chief at Infrastructure Australia told the conference.

“The largest coal generator is 2.9 gigawatts and by the time it is decommissioned in 2032 there will be 30 gigawatts in rooftop solar.”

At IFM-owned Melbourne Airport, “we are developing a 12 megawatt solar farm that is large enough to power all four terminals and is the largest airport solar farm at an Australian airport,” Mr May said.

“It will be operational next year.”

Although renewables development was going ahead dramatically, the potential for hydrogen was being overstated, Professor Newman said.

“There is so much hype around hydrogen. It is three times more expensive for hydrogen fuel cell vehicles than it is for lithium ion battery vehicles, so thermodynamically it’s not going to compete in cities.”

Although a lot of research and development is required to develop hydrogen into a widely used fuel, it has big potential in regional areas for industrial purposes.

“The focus for hydrogen should be on regional ports where it can be used to process the minerals coming in from regions, which can then be exported to markets,” Professor Newman said.

He said renewable energy and transport systems would account for 80 per cent of the transformation to a low-carbon economy with industrial use, and hydrogen representing 20 per cent.

Meanwhile, the pandemic will lead to lasting changes in the way we use infrastructure.

“Video conferencing traffic rose 85 per cent between January and April and mobile calls increased 50 per cent,” Mr May said.

“There was a 26 per cent [jump] in internet traffic overall.”

He said there was a very small impact on electricity usage, which declined by 5 per cent overall and by 10 to 20 per cent for commercial buildings.