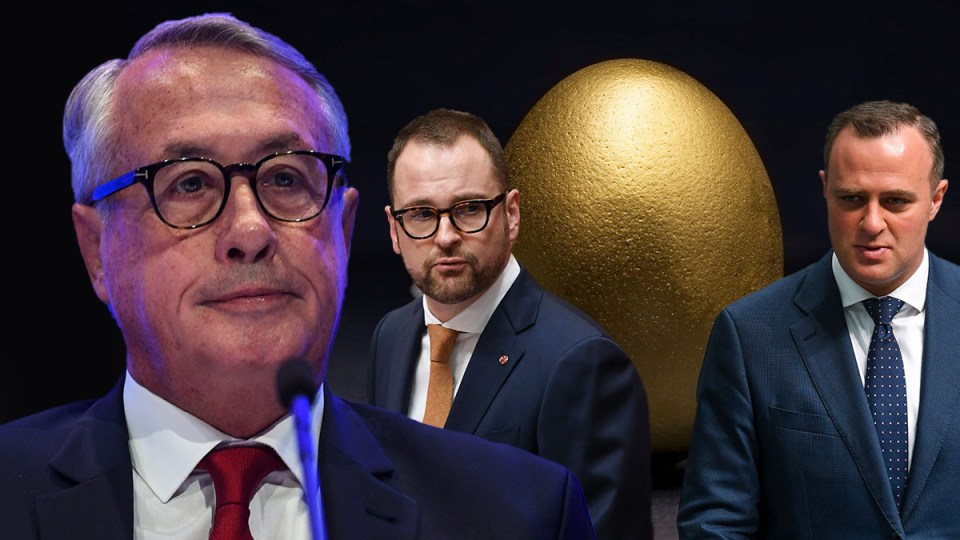 There are many things that Australia is admired for around the world, but in the economics sphere, nothing is more admired than our superannuation system.

It’s a structural reform of political and economic audacity.

It has produced a $2.7 trillion savings pool that helped us stare down the GFC and revolutionise capital formation in Australia.

It will deliver a dignified retirement for millions of Australians and, over time, dramatically lessen dependence on the age pension.

It’s already delivering pension and lump sum benefit payments of more than $40 billion a year, just shy of the $45 billion spent on the age pension.

Its not-for-profit model is the leading edge.

Industry funds comprise almost all of the top-performing public funds on offer over the past decade.

That is why they are continually targeted by the big banks.

But why would conservative governments that initially opposed and then tolerated the superannuation system’s growth suddenly turn and try to tear it down?

The answer lies in ideology: The Trumpification of the Liberal Party and part of the senior echelons of our business community.

The elevation of Scott Morrison to the leadership of the Liberal Party was the end result of an increasingly radical right takeover at its branch and membership level.

Never forget that the cause of Mr Morrison’s elevation and Malcolm Turnbull’s dumping was the Liberal’s repudiation of climate change.

Prior to the last election when the Royal Commission into banking reported its devastating conclusions on the conduct of the banks and retail super funds, many of us saw this as validation of industry super funds.

More so, the model that underpins it – government intervention through tax and wage policy to enforce long-term savings, to protect family living standards in retirement and accumulate capital for economic growth.

When the Royal Commission’s empirical work confirmed industry funds consistently outperformed the retail sector, they gave a clean bill of health and I saw this as a victory for fact-based analysis of policy and a vindication of the progressive SG increases contained in my 2010 budget.

I should have known from the recent climate change experience that fact-based policy analysis is not what right-wing ideologues do.

One has to wonder what the ideologues opposed to our industry superannuation sector are more opposed to – the higher returns or the lower fees?

In recent years, the size and success of the industry fund model took the conservatives by surprise.

Now they’re trying every trick in the book to try and force the genie back into the bottle.

They’re not used to having to sit around the boardroom table and deal with people who went to school in places like Nambour, Bankstown, Geelong and Wollongong.

As Paul Keating said, early access to super in the pandemic has taken the plug out of the bath and $40 billion has gone down the gurgler in early withdrawals, and now they are trying to turn off the tap at the top of the bath to stop that 2.5 per cent super increase coming in.

Liberals opposed compulsory superannuation’s creation, but now given its inherent popularity among voters they pretend to live with it – much like their supposed accommodation of Medicare – only to secretly strangle it whenever the opportunity presents itself.

As you can hear in the language of Senator Andrew Bragg, the rantings of Tim Wilson and others, this radicalism comes from a stupid and destructive idea that taxes and social investment are inherently anti-business.

That every dollar the government raises and invests on behalf of people somehow robs us of our vitality.

Industry funds are one of the few areas where we do collaboration well in this country – and yet the Liberals in their greed and ideological hatred of unions seek to destroy it.

Ultimately the conservative’s message will always be: We’ll give you smaller government and a tax cut.

The money’s better off in your hands. You can’t trust the government.

This is where we’re heading with super. They know they’re vulnerable because of wage stagnation, and because their legislated tax cuts largely delivered to the top end of the income distribution.

And this will become rapidly apparent over the next three years.

So they want to attack superannuation as a cause of wage suppression and a means for them to look sympathetic to the cost-of-living squeeze smashing most on modest incomes.

Forcing low-income workers to forgo their future prosperity to subsidise today is cruel and fundamentally illusory. Any ‘gains’ to net wages in the near term will be lost over time in total life earnings.

Liberal’s know Big Money in the hands of a few buys more influence to back in the radical right agenda of lower taxes, lower wages and less superannuation.

So it really shouldn’t be a surprise that the three pillars on which our universal superannuation system is built – compulsion, preservation and tax concessions – are being so aggressively targeted in favour of a voluntary model only available to a few.

Wayne Swan: Liberals tearing down the pillars of our superannuation scheme