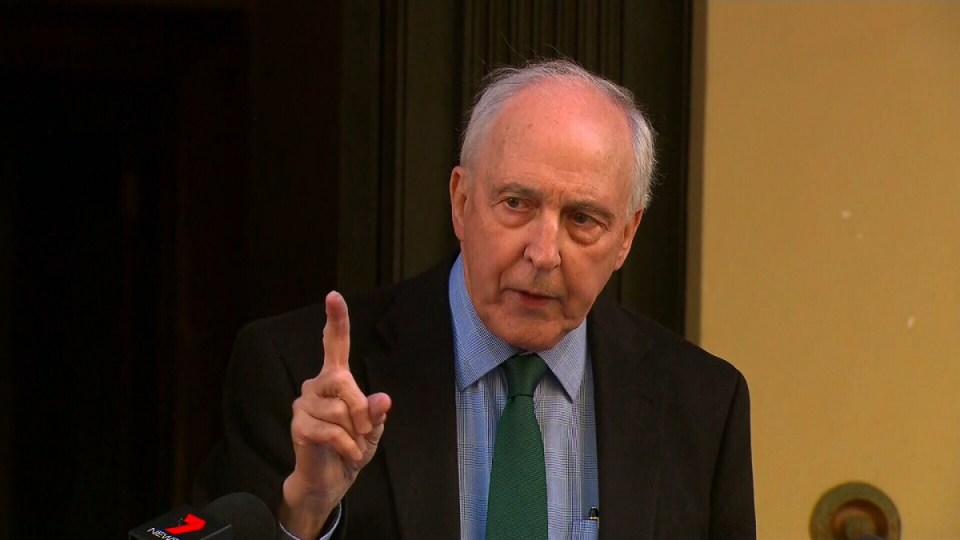 Former prime minister Paul Keating has accused the Morrison government of using the COVID-19 pandemic as an opportunity to destroy Australia’s superannuation system.

Speaking at a media conference in Sydney on Monday, Mr Keating said the decision to allow fund members to access their retirement savings to mitigate the economic effects of the pandemic, coupled with a proposed delay to the 12 per cent super guarantee, was a calculated strategy to end compulsory superannuation.

“Not take a chink out of it, but to actually destroy it,” he said.

“They intend to do this in two ways. That is, they want to drain money out of the bottom of the system, and stop money coming into the top of the system.”

Mr Keating, one of the architects of Australia’s superannuation system, likened the retirement funds to a bath.

“Water in the bath is the savings, the government is taking the plug out of the bath,” he said.

“When they have already lost $40 billion [in early withdrawals] … now they are turning the tap off at the top of the bath to stop the extra 2.5 per cent of super coming in. And they say, this is all because we have got a national emergency, and the economy can’t afford to pay this amount.”

Legislated increases to the superannuation guarantee would incrementally lift the percentage to 12 per cent of wages by July 2025, starting with an increase from 9.5 per cent to 10 per cent in July 2021.

The legislated increases have already been delayed a number of years by former prime minister Tony Abbott and treasurer Joe Hockey.

“Parliamentarians are paying themselves 15.6 per cent,” he said.

Mr Keating’s allegations come a day after shadow treasurer Jim Chalmers and assistant shadow treasurer Stephen Jones issued a statement accusing Treasurer Josh Frydenberg of caving in to backbench pressure and paving the way for ditching the legislated increases to the superannuation guarantee.

Earlier, Mr Frydenberg told Sky News the government was still considering whether to go ahead with legislated increases to the super guarantee.

“We’re considering the issue, bearing in mind we are in the middle of a crisis,” Mr Frydenberg said.

“The superannuation guarantee is expected to … increase next year and that’s not a decision that is to be made right away.”

Mr Frydenberg cited a number of organisations that either wanted the increase delayed further, or scrapped.

These included the Australian Council of Social Services, the Grattan Institute and small businesses.

“Ultimately, what we have to consider is the timing of that particular issue.”

Mr Keating on Monday said the super guarantee rise would serve as a “litmus test” of Mr Frydenberg’s ability to enact structural change in the economy amid the pandemic.

“This malarky they talk of, ‘if they take it in super, they won’t get it in wages’ … as the (statistics) make clear, there’s been no wages growth for eight years and there’s not going to be.

“It’s a dipstick into whether the government has any ideas about the future. The so-called party of business (in Australia) does not understand capital.”