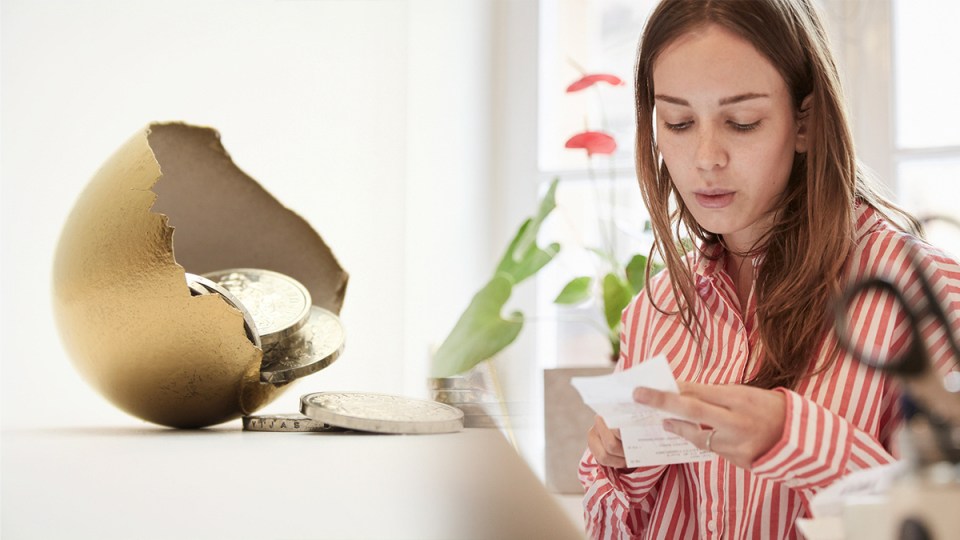 Australians are being warned to think twice about breaking into their super. Photo: TND/Getty

Cash-strapped Australians will be able to withdraw another $10,000 from their superannuation from Wednesday, but money experts have warned them to think twice before doing so.

The early super access scheme allows eligible citizens and permanent residents suffering financial hardship to access another $10,000 from their super accounts between July 1 and September 24.

But personal finance experts and industry funds told The New Daily that the scheme should only be used as a last resort, as the long-term cost will be much greater than the short-term gain.

And Industry Super Australia chair Greg Combet revealed on Tuesday that roughly half a million Australians have already drained their accounts to zero.

“For them to make that up in the years ahead before they retire, it’s going to be very, very difficult, and it will only push more people onto the age pension, and it will be a bigger burden on taxpayers in the future,” Mr Combet said.

The early access scheme was one of several measures introduced as part of the federal government’s second stimulus package in March, with access granted to members who meet one of the following criteria:

Labor has attacked the handling of the scheme following reports that 40 per cent of members who accessed early withdrawals had not suffered a drop in income.

The Australian Taxation Office has since threatened people misusing the scheme with prosecution and fines of more than $12,600 for each false and misleading statement.

And the Grattan Institute has called on the government to require members to prove they meet the eligibility requirements before the ATO grants them access.

As it stands, the scheme operates on a self-assessment basis.

This means the ATO initially accepts the information that members provide as being true and accurate, before conducting random spot checks and audits to check the veracity of the information provided at a later date.

The long-term cost of withdrawals

According to the financial regulator APRA, super funds have so far paid out $17.1 billion in early withdrawals to roughly 2.3 million members.

Members have withdrawn an average of $7492, with separate data from HESTA suggesting women and young people have made the most withdrawals.

Superannuation funds and financial advisers have repeatedly warned members to only use the scheme as a last resort, as people who access super early will miss out on the power of compounding returns.

Corporate regulator ASIC, for example, has calculated that the average 30-year-old who withdraws the full $20,000 under the scheme will have $43,032 less in retirement. “Withdrawing super early will mean you miss out on the benefits of compounding interest, which over several decades of your working life can turn a few thousand dollars of super savings into many thousand dollars at retirement,” said Eva Scheerlinck, CEO of the Australian Institute of Superannuation Trustees.

So it’s very important that people experiencing financial hardship explore all other means of accessing income support before they turn to the early release scheme.”

Meanwhile, RateCity.com.au research director Sally Tindall also warned members to think twice about using the scheme, as the money is meant for retirement.

“If you’re thinking about accessing this scheme, ask yourself, is there another way? Talking to a financial counsellor might help you think of alternatives to get you through,” Ms Tindall said.

“If you have no alternative but to tap into your super, try to put the money back when you’re on your feet again to minimise the long-term fallout.”

Australians warned to think twice about second round of super withdrawals