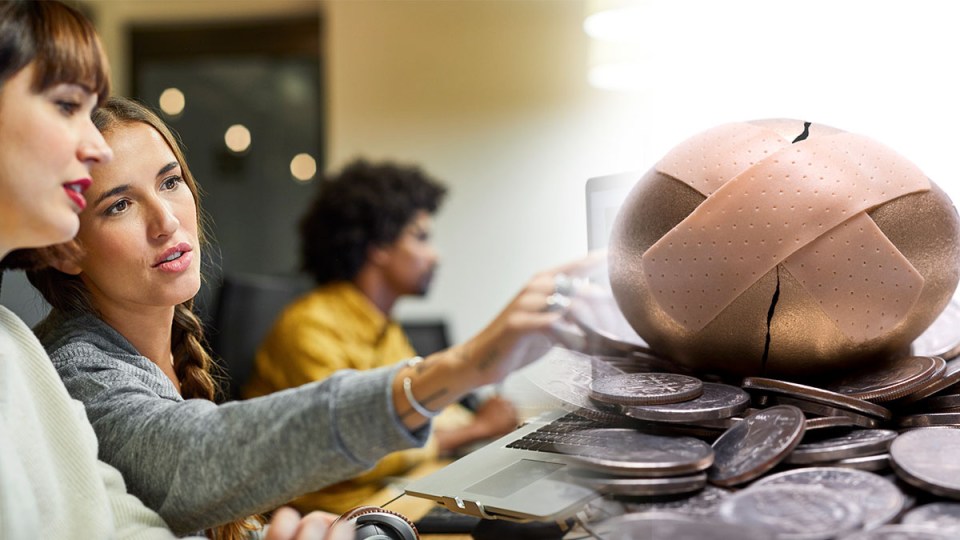 Young women are being forced to withdraw their superannuation savings during the COVID-19pandemic and government action is necessary to prevent them ruining their retirement prospects, according to Debby Blakey, CEO of health industry fund HESTA.

“The early release super scheme has provided vital short-term assistance for our members, but if urgent action is not taken these young women risk facing a greater vulnerability to poverty as they age,” Ms Blakey said.

“Women typically move in and out of the workforce and face wage discrimination throughout their working lives, which leaves them facing lower retirement savings compared to men and, subsequently, a greater vulnerability to poverty later in life.

“Unless we reform our super system to make it fairer for women and the lower paid we are consigning the next generation of Australian women to the same grim reality.”

Along with women generally, younger people and lower paid workers were also at risk through super withdrawals.

Members aged between 18-24 have withdrawn, on average, a massive 78 per cent of their super accounts, leaving them with average balances of only $1049, HESTA found in its research.

The next age group, those between 25-39, have raided their balances by an average of 68 per cent, leaving them with average balances of only $3609.

There is a triple whammy in the withdrawal statistics, with those HESTA members pulling out cash being lower paid workers. “Most concerning is that these members were also more likely to be lower paid,” Ms Blakey said.

“They typically earned between 9 per cent to 14 per cent less than the typical member in their age group, making it that much harder to rebuild their super over the long-term.”

While HESTA’s withdrawal figures are massively skewed towards woman, withdrawal numbers have reflected the gender mix in the fund, with 80 per cent of members being female. The total number of members withdrawing accounted for 10.7 per cent of all HESTA’s membership.

HESTA’s figures come as the total number of withdrawals from the super system top $14.8 billion, with 1.98 million people being paid out by June 7, according to APRA.

Withdrawal levels have surprised super funds, which expected the initial flurry of withdrawals to slow into June. However, in the first week of June $1.3 billion was withdrawn, about the same figure as for the last week of May.

The government expected withdrawals to total $27 billion when the two tranches of maximum allowable withdrawals of $10,000 per member in each of the current and next financial year are completed. However, with early withdrawal figures now standing at $14.8 billion, the halfway figure has already been passed, with three weeks’ withdrawals in June still to be accounted for.

The other nine funds are AustralianSuper, AMP, Cbus, Hostplus, REST, Suncorp, MLC, CFS and ANZ. Taken together they represent an all-up  total of $9.76 billion, at an average of $7441 per member.

They include superannuation payments for unpaid carers, super payments during parental leave, the scrapping of the $450 monthly super-guarantee threshold and the lifting of the super guarantee to 12 per cent.

CEO of Women in Super, Sandra Buckley, described it as “extremely concerning but not surprising that it is younger, lower income earning females who are seeing their superannuation account balances being significantly eroded due to withdrawals under the Early Release of Super scheme.”

“Not only has this cohort of women been severely affected by COVID-19 but is also the cohort that will not benefit from increased investment in manufacturing or infrastructure, as they are traditionally male-dominated sectors of the economy,” Ms Buckley said.

“We’re concerned that younger women, whose super balances will be lower due to the COVID market downturn, and who have drawn down their super due to financial hardship provisions, will be in an even worse position than usual when, in the coming years, they have children and take time out of the workforce and have no super contributions being paid,” said Eva Scheerlinck, CEO of the Australian Institute of Superannuation Trustees.

“Unlike many other retirement systems around the world, the design of our superannuation system rewards unbroken careers and does not give consideration to the specific work experiences of women,” Ms Blakey said.

Spain and Portugal see major leaps in monkeypox infections
Peter Dutton touted as next Liberal leader as he claimed victory in Dickson
Volodymyr Zelensky: How war will end as Ukraine ‘breaks backbone’ of Russian army
Jim Chalmers decries Coalition waste as Labor hits the hustings amid downpours in Queensland
Anthony Albanese, Scott Morrison cast their votes in Sydney
Australian aces at French Open out to show there’s life after Ash Barty
Despite COVID-19 super funds could end the financial year in the black
Today's Stories