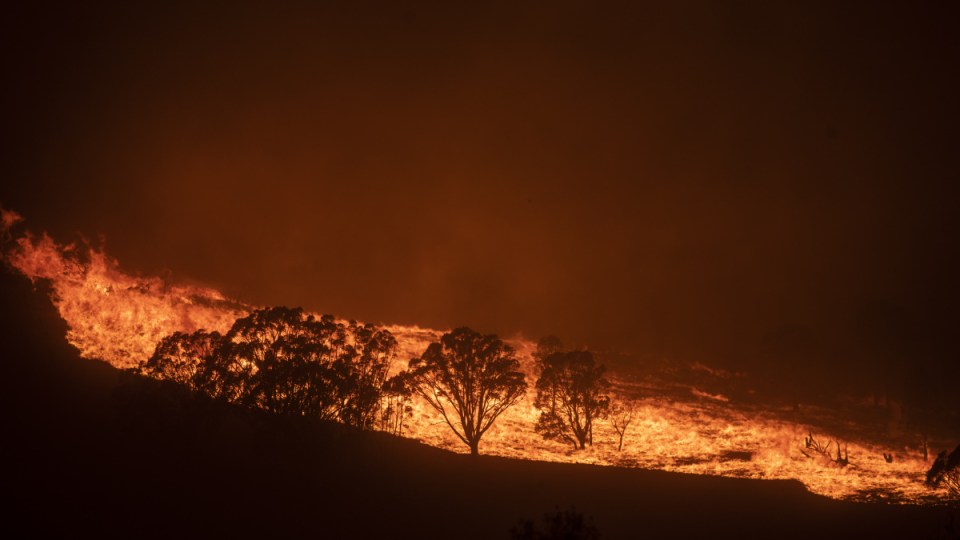 The bushfires contributed to a sharp rise in food prices. Photo: Getty

Annual inflation has risen to its highest level in almost six years after drought and bushfires triggered a sharp rise in food and vegetable prices.

But economists have warned that deflation is just around the corner.

The panic buying seen at the start of the crisis contributed in part to the large jump in food prices.

But the ABS said most of the economic effects of COVID-19 witnessed so far will show up in the June quarter results, as the March quarter covers the period January 1 to March 31 and major restrictions weren’t introduced until mid-March.

“There were some price effects of COVID-19 apparent in the March quarter due to higher purchasing of certain products towards the end of the quarter, as restrictions came into effect,” ABS chief economist Bruce Hockman said.

Meanwhile, petrol prices fell 6 per cent, as massive drops in global oil prices gradually flowed through to the bowser.

Domestic and international holiday costs tumbled 3.1 per cent and 3.0 per cent respectively “due to weak demand in domestic accommodation and the winter off-peak season in Europe and America”.

And the cost of pharmaceuticals rose 5.1 per cent – the second largest jump after fruit and vegetables.

This is because the March quarter typically sees a reduction in the proportion of consumers who qualify for subsidies under the Pharmaceutical Benefits Scheme (PBS) and Medicare Benefits Scheme (MBS), as the safety net thresholds for these schemes are reset on January 1.

The largest annual rise in inflation comes after Coles reported a 13 per cent lift in third-quarter grocery and alcohol sales, driven by panic buying of toilet paper and pasta.

The supermarket giant’s revenue rose to $8.23 billion as shoppers stockpiled groceries in the face of looming COVID-19 restrictions – leading to unprecedented sales growth of 13.1 per cent sales growth in the three months to the end of March.

But economists have said prices across the economy will soon begin to fall – spelling bad news for jobs and growth.

Drastically diminished consumer demand for goods and services is expected to drive annual inflation into negative territory (deflation) for the first time since the 1960s in the June quarter.

Should this happen, household debt burdens will increase and consumers will likely defer spending until prices have fallen.

Outlook Economics director and former Treasury forecaster Peter Downes told The New Daily that proposed economic reforms might worsen the impacts as well, unless accompanied by a large rise in government spending.

This is because reforms that increase productivity would boost overall economic output, or the “supply” of economic goods and services, at a time when demand has collapsed.

But he said we might experience “some unusual inflation results over the next few years if it turns out that the shock to household income is not all that large relative to the shock to spending and economic activity”.

“Inflation outcomes very much depend on the path of the recovery going forward and the degree of fiscal stimulus (note that austerity would put downward pressure on inflation),” Mr Aird wrote in a note.

“So far Australia’s fiscal stimulus has been huge. It would not surprise us to see some big or unusual moves in the inflation data.”

Season of disasters drives inflation to highest level since 2014