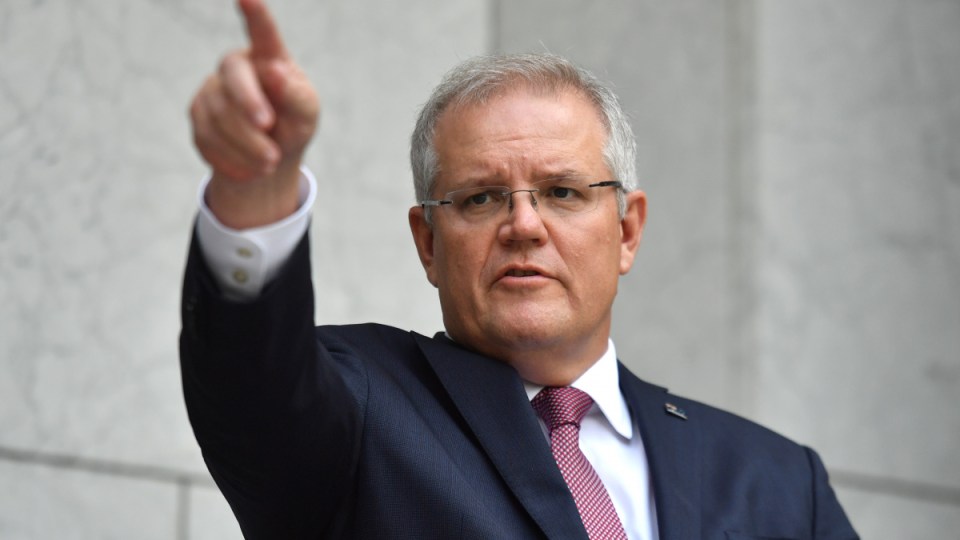 Time to lead for the future: Prime Minister Scott Morrison has been urged to plan for a new economic structure. Photo: AAP

The Australian government is planning to pay a significant share of employers’ wage bills to keep workers in jobs and put the economy in a stronger position to recover once the virus is contained.

The Australian Financial Review reported late on Saturday night that the government would pay up to 80 per cent of wages for companies forced to stand down workers during the crisis.

Finance Minister Matthias Cormann later confirmed the government was working on such a scheme during an interview on ABC’s Insiders on Sunday, with the subsidy expected to be capped at the average weekly wage.

Amid warnings that almost two million jobs could be temporarily lost to the coronavirus, Senator Cormann declined to offer details of the proposed subsidy as they are yet to be finalised.

But he said the support would come via the country’s existing tax and welfare system and be subject to businesses retaining their staff.

“We are going to do it in an Australian way,” Mr Cormann said when asked if the government’s policy would mimic the UK’s.

“We’re going to do it in a way that actually is going to be able to be delivered, using our existing systems and our existing architecture.”

The UK government last week said that it would pay 80 per cent of a company’s wage bill – up to the value of GBP2500 ($5010) a month per worker – if the business held onto its staff.

UK Chancellor of the Exchequer Rishi Sunak said the economic intervention, which also allowed businesses to retain GBP30 billion ($60 billion) worth of value-added tax normally paid to authorities, was “unprecedented in the history of the British state”.

Other governments have also introduced wage subsidies – and both unions and business leaders have repeatedly called for a similar system to be introduced in Australia to protect as many jobs as possible.

They argue that this is a better strategy than letting hundreds of thousands of Australians lose their jobs and move on to welfare payments, as it protects livelihoods, alleviates pressure on CentreLink, and puts the economy in a stronger position to recover once the virus is contained.

Up until Senator Cormann’s appearance on Insiders, though, the government had resisted calls to implement a UK-style wage subsidy.

Prime Minister Scott Morrison had previously said that introducing a similar scheme in Australia was a “very dangerous” idea.

“One of the weaknesses of the system that you’re advocating for is that it has to build an entirely new payment system for that to be achieved, which is never done quickly and is never done well,” he said during a press conference on Wednesday.

“That can put at great risk the sort of resources we’re trying to get to people.”

‘It’s not that far away’

But during a press conference on Sunday, hours after Senator Cormann’s appearance on Insiders, Mr Morrison said the next stimulus package would be much bigger than the past two and focus on keeping workers “connected to companies”.

He said Treasury was “meeting as we speak” to finalise the details of the wage subsidy and urged employers to delay sacking workers until the support measures were revealed.

“It is not that far away,” he said of the coming announcement.

Australian Council of Trade Unions secretary Sally McManus said it would provide hope to workers who had already lost their jobs or faced the prospect of unemployment.

But she said it must apply to both big and small employers and be backdated to ensure recently laid-off workers would get their jobs back.

“Thirdly, it must apply to all workers – whether they be casual workers, visa workers, contract workers or sole traders,” Ms McManus said in a video posted to Twitter.

“And finally, if it is to be capped, it should be capped at a generous level – no less than the median wage, which is $1375 a week.”

He said the government would have to carefully consider how the additional support interacts with the recently announced coronavirus supplement of $550 a fortnight.

“Further consideration should also be given to complementary approaches to household support. Amongst these is the proposal for the government to arrange zero interest loans that don’t start being repaid until a level of income is reached,” Mr Willox said.

“Other further incentives to retain workers can also be built into the existing Australian approach.

Millions of jobs on the line

The proposed wage subsidy comes after the government announced its second stimulus package on March 22.

That package effectively doubled the unemployment benefit, promised pensioners a second payment of $750 in July, and offered small and medium-sized businesses a refund of up to $100,000 on tax withheld on workers’ salaries.

Treasury has estimated that more than one million Australians will be forced onto welfare payments during the coronavirus pandemic.

But UTS industry professor Warren Hogan told Sky News on Sunday that we would “get through [one million job losses] in very short order”.

“I think by the time we get to Easter we are going to probably see about 1.5 to 1.8 million job losses due to stand downs,” Professor Hogan said.

That would see the unemployment rate jump from 5.1 per cent in February to somewhere between 15 and 17 per cent.

Economists at NAB bank, meanwhile, have forecast unemployment to hit 12 per cent by the middle of the year.