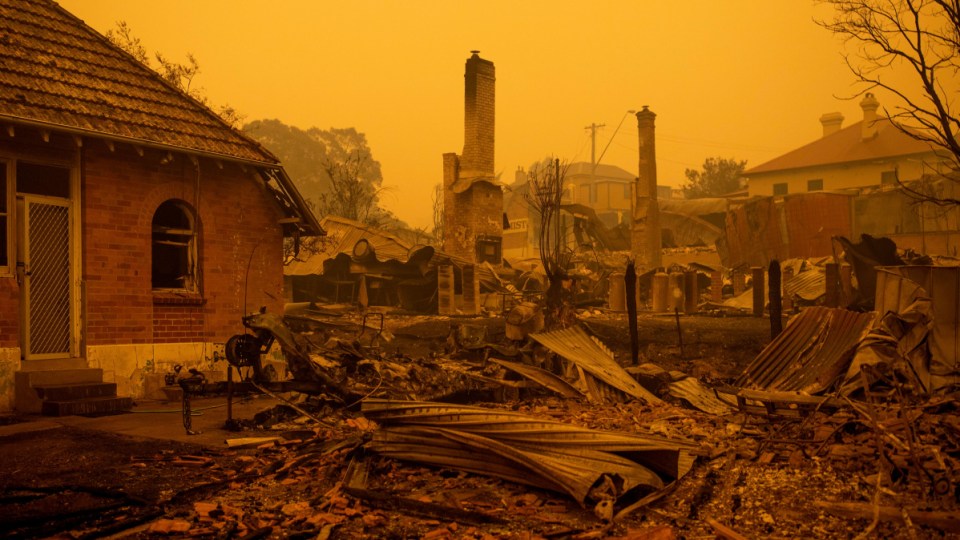 The federal government will change the rules around working visas to allow backpackers to help rebuild in fires zones. Photo: AFP/Getty

Climate change is a major threat to Australia’s financial stability and could cost the country at least $29 billion a year if we continue business as usual, a new study has revealed.

Research from the World Wide Fund for Nature showed that over the next 30 years, Australia’s economy will be the fifth worst-affected by inaction on climate change.

Using new economic and environmental modelling to assess what the impact would be if the world pursued a “business as usual” response to climate change, the study showed that Australia would lose $29 billion from annual GDP by 2050.

This was a best-case scenario.

Globally, poor land management, rising emissions, and a further loss of natural habitat will cost the world at least $711 billion a year, adding up to $14.66 trillion by 2050. 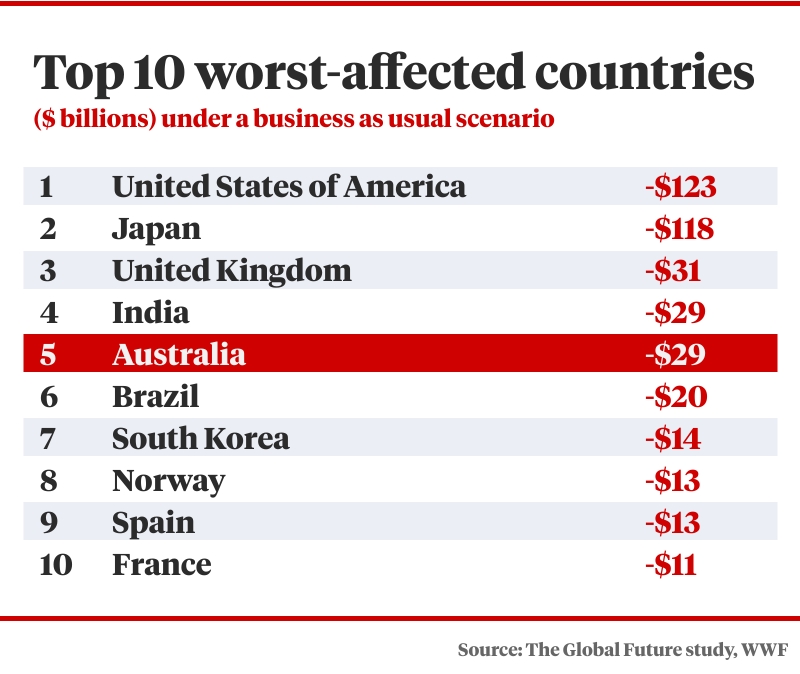 “This is a list nobody wants to be on. We’re No.5 in the world for predicted economic losses as nature declines,” WWF-Australia economist Joshua Bishop said.

The loss of coastal protection amounts for 98 per cent of Australia’s economic fallout.

But these natural assets are set to deteriorate.

“Because so much of Australia’s population, infrastructure and service sector output is concentrated in coastal areas, we are more vulnerable than most to sea-level rise and storm surges,” Mr Bishop said.

The figures could be much worse

Although Australia is currently experiencing a bushfire crisis, the $29 billion-per-year hit to the nation’s economy was calculated without considering future bushfire destruction.

A decrease in water supplies and pollinating insects like bees means the world’s agriculture will be the hardest-hit sector.

The modelling shows that the price of some key commodities will rise by almost 10 per cent.

Timber is expected to jump by eight per cent, cotton by six, oilseeds by four, and fruit and vegetables by three.

The report is bleak, but not without hope.

If countries prioritised environmentally friendly land-use management techniques, the hit to the national GDP would be halved, it said.

“This report spells out the opportunity we have to save billions by protecting our coastal areas, forests and woodlands and becoming a world leader in renewable energy,” Mr Bishop said.

Director-general of WWF International Marco Lambertini called for urgent action, saying the world is already seeing the effects of a ‘business as usual’ approach to climate change.

“This groundbreaking study shows how conserving nature is not only a moral issue but a social and economic one,” Dr Lambertini said.

“Not only will losing nature [have] a huge impact on human life and livelihoods, but it will also be catastrophic for our future prosperity.

“Yet for the next generation, things will be many times worse, with trillions wiped off world economies by 2050.”