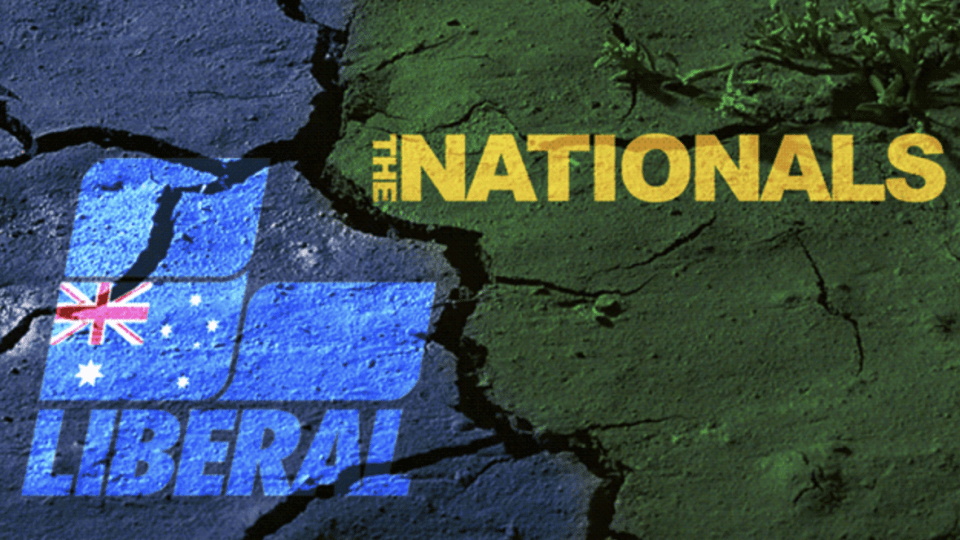 Cracks are deepening as it appears the Nats don't understand bushfires have changed the climate of politics, Paul Bongiorno writes. Photo: TND

Australia’s black summer, as Scott Morrison calls it, has dramatically changed the politics of climate change.

But nobody has told the Nationals.

And that is spelling big trouble for the Coalition government.

Unlike during the relentless campaigns against the “carbon tax”, there is every indication voters now see the link between fossil-fuel emissions and extreme weather due to climate change in much more stark terms.

Even MPs like Queensland Liberal Andrew Laming, who has been in the sceptics camp, has sniffed the political climate change in his Brisbane seat and has urged his colleagues to be similarly aware.

Certainly, further south Liberals in Sydney and Melbourne need no convincing they are as much threatened from green independents like Zali Steggall, who won Tony Abbott’s seat, as the regional Queenslanders fear the menace from Pauline Hanson.

The divisions that led to the brawl in last week’s Coalition party room were on show in public on Monday.

North Sydney Liberal Trent Zimmerman told Sky News the $4 million for a feasibility study into a North Queensland coal-fired generator was not a commitment to build it.

Finance Minister Mathias Cormann agreed there was no such commitment, though he stuck to the Morrison script of waiting to see what the study finds.

There is no doubt it is a time-buying exercise that got them over the hump of May’s election and is being counted on to do the same before the October Queensland state election.

Mr Zimmerman said he didn’t believe it was the business of the Commonwealth to be building or funding such power stations.

This drew a counter punch from Queensland National George Christensen, who trades on his maverick brand.

He claimed the government was “providing funding to coal-fired power projects”.

To say that patience is running out with rebels who are threatening to blow up the government on the floor of Parliament is an understatement.

One Liberal MP said without the performance of himself and other coalition candidates interstate, holding the line or winning seats, the miracle win would not have happened.

The blow back behind the scenes has been so fierce it has forced the usual culprits, Mr Joyce and Mr Christensen, to crab walk back from their chest beating at the end of last week.

That didn’t stop one National rebel, Llew O’Brien, severely embarrassing Mr Morrison and Michael McCormack by not only quitting the party room but also accepting Labor’s nomination for Deputy Speaker against the government’s nominee – another National, Damian Drum.

Mr O’Brien won the secret paper ballot 75 to 67, no doubt with support from others in the bitterly divided Nationals party room in defiance of the government.

He claimed to still be a member of the government, just not of the National Party in Canberra – but one clearly out of control of the whips who ensure Coalition parliamentary stability.

Also crumbling since the “carbon tax” campaign is the credibility of new coal-fired power being cheaper and more reliable.

Former prime minister Malcolm Turnbull, who was in Canberra for the Indonesian president’s visit on Monday, told reporters “those people who are advocating that the government should fund coal-fired power are basically making a case for higher emissions and higher energy prices – and that’s nuts”.

Neatly sums up his successor’s pain.