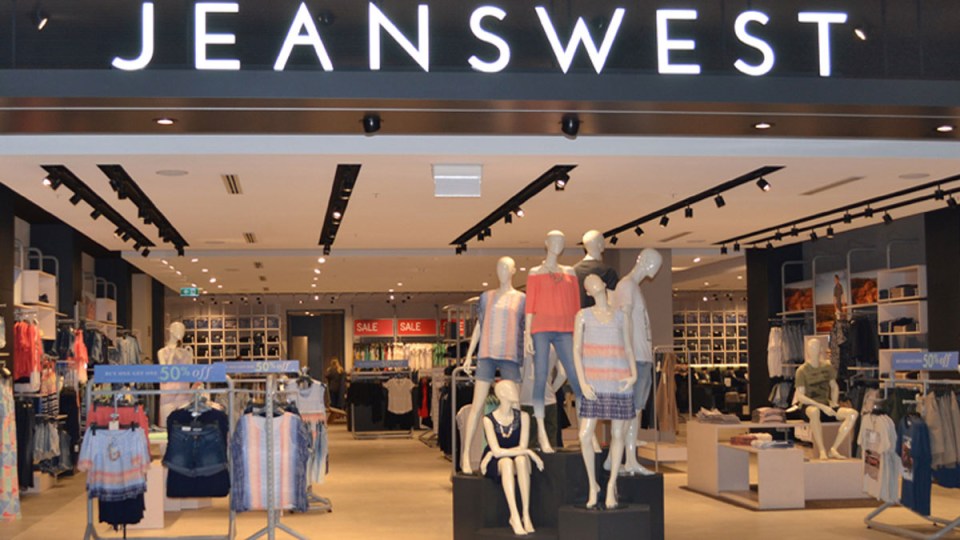 Hundreds of Jeanswest jobs could be saved with the buyout. Photo: McArthur Square

National retail chain Jeanswest has collapsed, risking the jobs of 988 employees at its 146 stores across Australia.

“Jeanswest will continue to operate while the administrators conduct an urgent analysis of the business,” Mr Gothard said in a statement.

“The administrators will be looking at all options for the restructure or sale of this established Australian retail business and are seeking urgent expressions of interest from parties interested in acquiring or investing in the business.”

Since opening its first store in 1972, Jeanswest has become a familiar brand across Australia selling denim and casual apparel.

“Like many other retailers, the business has been challenged by current tough market conditions and pressure from online competition,” he said.

“The administration provides an opportunity for Jeanswest to restructure so as to better respond to the challenging Australian retail market.”

KPMG Administrators are seeking urgent expressions of interest from parties interested in buying or investing in the Jeanswest business.

Jeanswest follows a string of retailers in financial trouble already this year.

Department store chain Harris Scarfe on January 10 announced it would cut 440 jobs and close 21 stores as part of the receivership process it announced before Christmas.