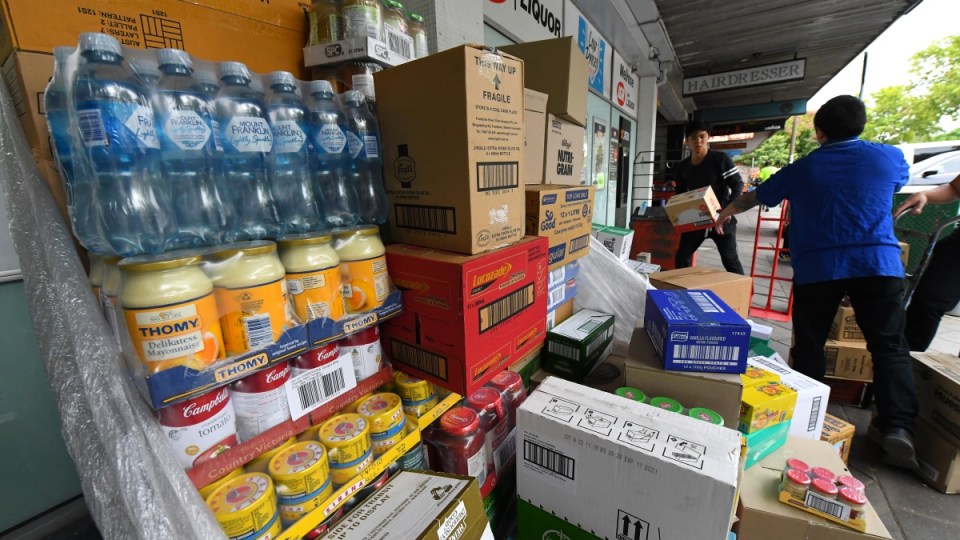 Food and grocery wholesaler Metcash has sounded the alarm on rising food prices – revealing nearly two-thirds of its suppliers have sought to raise prices, some multiple times.

Metcash supplies independent supermarkets and outlets across the country, including IGA, Foodworks and Drakes Supermarkets.

Its warning will be another blow to shoppers already enduring rising prices and ongoing stock shortages.

New chief executive Doug Jones said the results were off the back of record sales growth in the previous 12 months. He said sales had been particularly strong in the last quarter of the financial year, with IGA sales up 6.3 per cent in the three months.

“Wholesale price inflation accelerated in the second half, with price increases being received from about 60 per cent of the supplier base,” he said.

Inflation across the food part of the business peaked at 5.3 per cent in April and 4.5 per cent in May.

It follows confirmation by Australia’s three big supermarket chains – Woolworths, Coles and Aldi – that they had also raised prices significantly in recent months.

Victorian canned goods producer SPC has also warned of more looming price rises. Chief executive Robert Giles said last week the company had been hit with a 14 per cent increase for its box supplies, largely because of its packaging company’s increased energy costs and gas usage.

“We just finished a significant price increase for our tomato season next year based on fertiliser, diesel and labour,” he said.

The company turned to seven-day shift patterns in its distribution centres, redeployed staff to support logistics and worked closely with suppliers, government and industry.

“While remaining focused on managing the supply change challenges, we are also helping shoppers manage the impact of inflation by providing better value options through a wider range of products at competitive prices,” he said.

Reserve Bank governor Philip Lowe has said he believes Australian inflation will reach 7 per cent by the end of the year, before easing off in the first quarter of next year.

Factors contributing to that assessment included temporary relief from some government taxes ending in December; COVID-related problems in the economy showing signs of resolution; the unlikelihood of seeing another dramatic hike in fuel prices; and higher interest rates constraining some spending.

“We’ve got four things together that give us confidence inflation will start trending lower next year. That’s not to say we won’t get another shock, but they’re pretty powerful influences,” Dr Lowe said at the weekend.

“The question we’re now grappling with is how fast the decline in inflation will be.”

Speak to the dead: Amazon Alexa to use the voice of your lost loved ones
Today's Stories