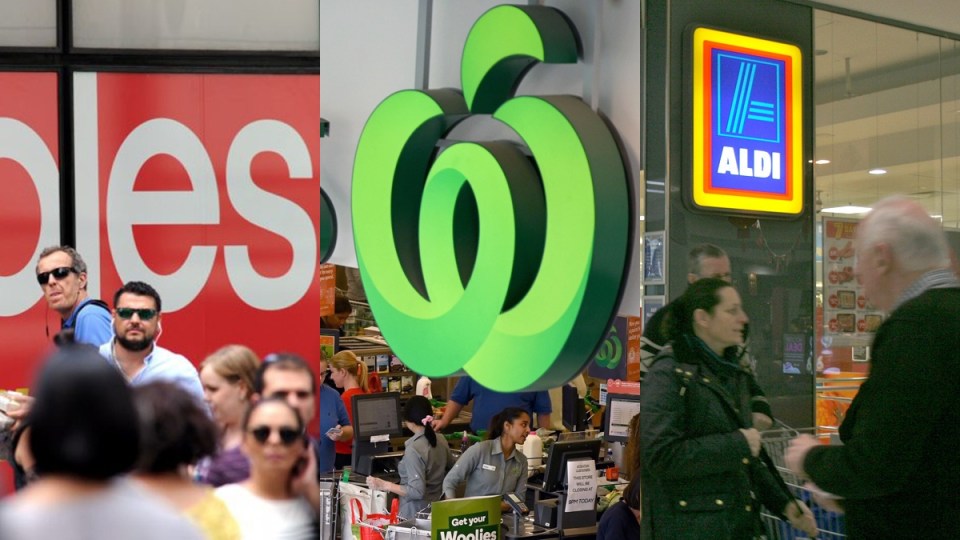 Australians are paying more for everything from red meat to packaged groceries as new data shows supermarket prices are surging upwards.

Research from investment bank UBS shows that prices for essentials at Coles and Woolworths rose more quickly than wages in the March quarter and consequently eroded living standards.

It comes after earlier warnings from big supermarket bosses that supplier cost pressures would be passed on to checkouts during 2022.

UBS said food prices, such as those for red meat, are rising faster than dry packaged groceries, but analysts warned that prices would continue to rise across most supermarket categories over the coming 12 months.

It’s bad news for those already facing rising cost-of-living pressures, with the latest Commonwealth Bank forecasts predicting a 4.3 per cent spike in headline inflation in the March quarter – which would be the fastest growth in prices since late 2008.

The latest food inflation data is unsurprising. Executives at Coles and Woolworths have warned shoppers to brace for a squeeze.

Woolworths Group CEO Brad Banducci said in February that prices had already risen 2 to 3 per cent over the first seven weeks of 2022, warning that customers could already see the higher prices when shopping.

Coles chief executive Steven Cain shared a similar view, saying some prices were rising to make up for “increased costs in our supply chain”.

Aldi has also confirmed that it is passing on higher costs to households.

UBS analysts said dry grocery prices – including packaged items such as biscuits and canned foods – were rising faster than Woolworths had predicted in February and would increase by about 6 per cent over the next 12 months.

Ongoing inflation in categories already under pressure, such as red meat, is also expected. Beef prices have increased 8.1 per cent over the past year.

But although there’s little difference between the fresh food price hikes at the country’s two largest brands, one chain is passing on much higher increases when it comes to dry groceries.

During the March quarter, fresh food prices rose by 4.9 per cent at Woolworths and by 4.6 per cent at Coles.

But dry grocery prices rose by 3.9 per cent at Woolworths and 2.4 per cent at their rivals.

Supermarkets are blaming internal and external factors for rising prices.

Internally, the extra costs of supplying rapid antigen tests for workers and installing particular shields at checkouts have – along with our COVID measures – eaten into profit margins.

Externally, food suppliers have complained about their supply-chain cost pressures, including higher international freight costs that have pushed up the price of buying raw materials from overseas.

A Woolworths spokesperson said on Monday that work is under way with suppliers to “sensitively manage the industry-wide inflationary pressure”.

“We pay the market price for fresh fruit and veg, which can be influenced by a range of factors, including seasonality, weather, supply and demand,” the spokesperson said.

A Coles spokesperson said on Monday that its “key focus” was keeping the cost of family grocery shopping down.

“We appreciate that there are a number of factors driving inflation for all retailers, including increases in the cost of raw materials, energy price rises and freight costs,” the spokesperson said.

A survey of supermarket suppliers by investment and advisory group Jarden earlier this year found that 90 per cent planned to ask for higher shelf prices in 2022 to compensate for an 11.3 per cent increase in their cost base (weighted average).

Food cannery SPC said in March that it may need to increase prices by 10 to 20 per cent to cover the rising cost of fuel, packaging, transport, and wheat used in its tinned spaghetti.