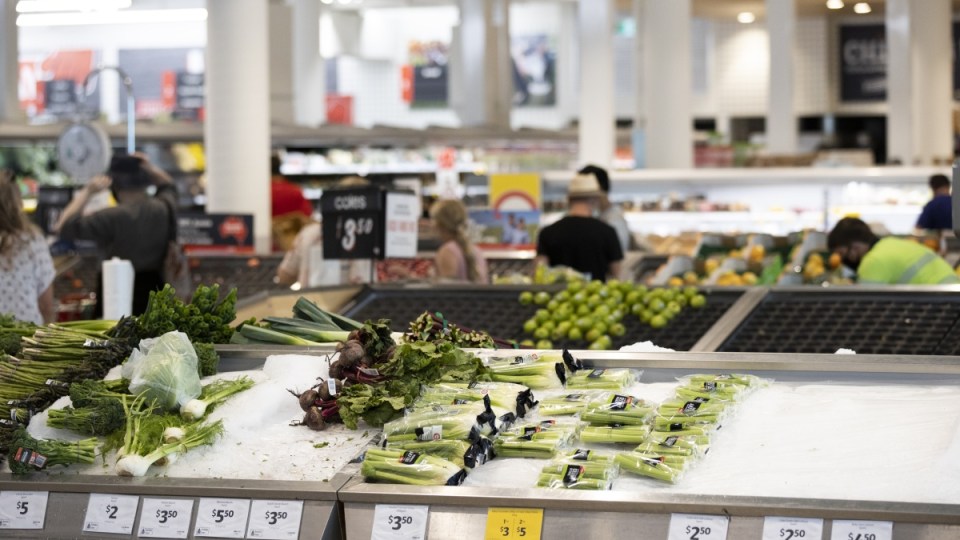 Some fresh fruit and vegetables are likely to remain in short supply for at least another four weeks. Photo: Getty

Supermarket shoppers face weeks of empty shelves, as both major chains warn shortages of fresh fruit and vegetables are unlikely to ease for several weeks.

It came as a major producer of tinned goods warned price rises of up to 20 per cent were likely across his product range.

Woolworths offered the fullest insight into its supply chain woes on Wednesday, with its latest Fresh Market update revealing it will be late July or even early August before the worst of the shortages ease.

“Unfortunately, our zucchini supply may be limited due to challenging growing conditions, which has impacted supply. Availability is expected to improve in four weeks as the weather begins to warm up in growing regions,” the supermarket giant warned customers.

Lettuce, Asian vegies and tomatoes are likely to return in greater volumes by mid-July, while green beans will take another couple of weeks after that. For herbs, it is likely to be August before supplies return to more normal levels.

The company again blamed cold weather, floods and “challenging growing conditions” for the supply issues that have plagued it for months.

It said it had good supplies of naval oranges, apples pears and pumpkins.

“The onset of winter has brought some freezing temperatures around Australia. While Coles has an abundance of certain fresh fruit and vegetables like avocados, pears, oranges, kiwi fruit, onions, carrots and potatoes that offer great value, some items are in restricted supply,” he said.

Coles has also come up with a novel solution for lettuce shortages – at least for some shoppers. Its customers in south-east Queensland will soon be able to buy twin-packs of small iceberg lettuces for $6.50 – about the same price as a single full-sized lettuce.

The icebergs come from Queensland’s Lockyer Valley. Their growth has been stunted by a run of rain and cold weather.

“A two-pack will offer value to our customers with a price in line with a single full-size iceberg lettuce, and it will help our growers make the most of their crops while giving our customers more supply,” Mr Taylor said.

Lockyer Valley vegie grower Matt Hood said there were plenty of the smaller icebergs available, and Coles’ plan would mean they didn’t go to waste.

“We’ve had devastating floods earlier this year, ongoing heavy rainfall, recent cold weather and lower levels of sunlight and that means we’ve struggled to get our lettuces to grow to a big enough size that customers would expect,” he said.

“The current iceberg lettuces in the fields are small. However, the hearts are still crisp and great for eating.”

Mr Giles warned earlier this year that prices on many household staples, including SPC baked beans and spaghetti, Ardmona canned tomatoes and Goulburn Valley fruit would rise by 10 to 20 per cent.

He told The Australian Financial Review this week that although the Shepparton company had locked in energy prices until next year, it had also been hit with a 14 per cent increase from Visy for its box supplies, largely because of the packaging company’s increased energy costs and gas usage.

“We just finished a significant price increase for our tomato season next year based on fertiliser, diesel and labour,” he said.

And products that are making it to supermarket shelves often have hefty price tags. That’s because an increasing number of supermarket suppliers are requesting large price increases to cover surging costs across their supply chains.

Data from investment bank UBS shows Woolworths lifted food prices by 4.3 per cent in the March quarter. Coles lifted them by 3.2 per cent.

Over the same period, wages grew by just 0.7 per cent.

Last week, Woolworths announced a six-month price freeze on many staple grocery items. It said the freeze – the first time it has taken such a step – would ease pressure on household budgets.