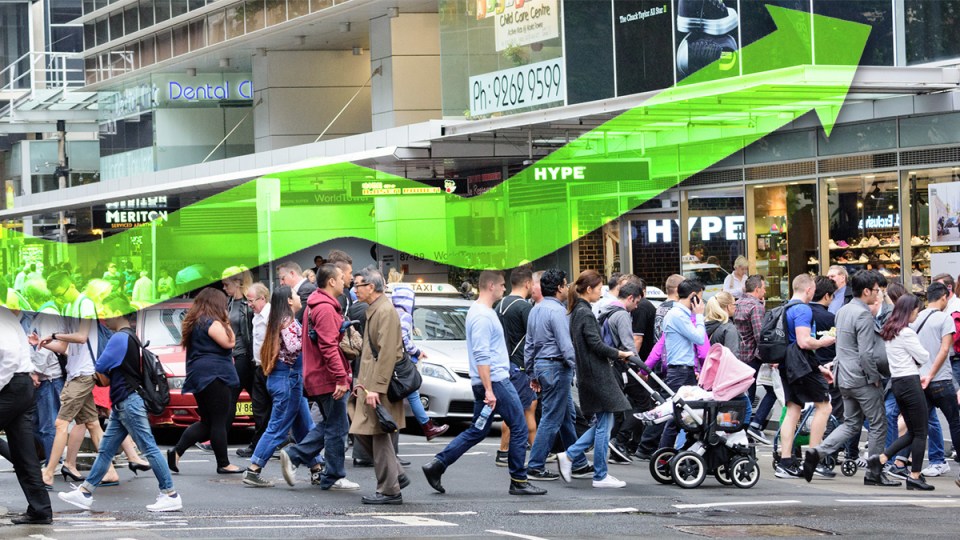 When restrictions lift people will go back to physical shopping. Photo: TND

The pandemic is triggering massive change in the retail sector, but probably not in the way that you think.

You may have heard about the swing to online shopping, which hit a record $4.2 billion in the month of August.

But does that mean online shopping will continue to grow and people will be making fewer trips to shopping centres?

Retail analysts are predicting a revival of in-store shopping when New South Wales and Victoria begin to open up in November.

“There is still a very strong social and recreational aspect to shopping and that won’t change,” said Gary Mortimer, a retail and consumer behaviour expert from Queensland University of Technology.

Is a shopping centre comeback on the cards?

We’ve seen it before. The below chart from the ABS identifies just how much people enjoy the social element of shopping.

Although online shopping has rocketed, that has largely resulted from shoppers being driven from retail spaces by lockdown restrictions.

There were big spikes in online in April last year when much of the country was in lockdown, then smaller spikes later in the year when Victorians suffered a COVID-19 flareup.

Once people could grab their shopping bags and hit the stores they did exactly that – and online figures didn’t spike again until Delta hit both Melbourne and Sydney.

That’s true of both food and non-food shopping.

Brian Walker, principal of the Retail Doctor consulting group, said people will head back to the mall once restrictions lift.

“The human element of retail will bring people back to their habitual ways,” he said.

David Jones last year sold its menswear store on the south side of Melbourne’s Bourke Street mall to a menswear group that plans to convert most of it into loft apartments.

The move was driven by the fierce competition from online and specialty groups that is dramatically eroding the position of department stores.

Changes are also under way for the supermarket sector, with online now accounting for 7.5 per cent of food sales.

Although that figure will flatten off, people now trust online shopping from major food groups and “will be happy to keep to online for the more boring parts of the shopping experience,” Professor Mortimer said.

“The only reason I go to a supermarket is to buy my meat and fresh food products,” he said.

As a result, Woolworths has already converted two of its stores – at Carrum Downs in Melbourne and Maroochydore on the Sunshine Coast – to what it calls “estores”.

“They take a very big supermarket and basically cut it in half,” Professor Mortimer said.

“The back part [becomes] a micro fulfilment centre for online orders.”

The move to digital, as well as JobKeeper payments for staff, also made the pandemic profitable for many retailers.

“Many have reported an increase in margins,” Mr Walker said.

Specialty retailer Premier Investments – which has famously clashed with landlords over rent reductions and been criticised for not returning all its JobKeeper benefits – saw its pre-tax earnings margins rise 9 percentage points to 24.4 per cent last financial year.

Amazon appears on the street

The nature of the products we buy is also changing retail design.

“Think about the space that CDs, DVDs and books used to take up in department stores,” said Paul Zahra, CEO of the Australian Retailers Association.

“That has disappeared completely or shrunk to very little floor space so there is less real estate required in the digital world.”

The digital shopping push is also driving that, with Australia Post reporting that two million more Australian households started to shop online during the pandemic.

So we are starting to see bigger department stores also cutting sales space or converting it to online order fulfilment.

Mr Walker said, however, that it’s not just a one-way transition for retailers.

“Small online stores [are] looking to open a physical presence,” he said.

Although this may not be evident in Australia yet, it is happening with big groups overseas.

“Amazon in the US and the UK are moving to create convenience stores in supermarkets and are even trialling department stores in Ohio and Southern California,” Professor Mortimer said.

IKEA is also experimenting with moving away from its big-box style stores with the introduction of a half-sized store in Queens, New York.

It caters for clients living in inner urban areas who are happy to look online and do not need to see the whole IKEA offer physically.

The other change accelerated by COVID-19 that is likely to remain is the move to click and collect.

Mr Zahra said it’s much easier to research products online and then collect them in store.

“That will continue to drive the need to reduce space and invest heavily in digital,” he said.

Shopping centres are making a comeback. But not in the way you think