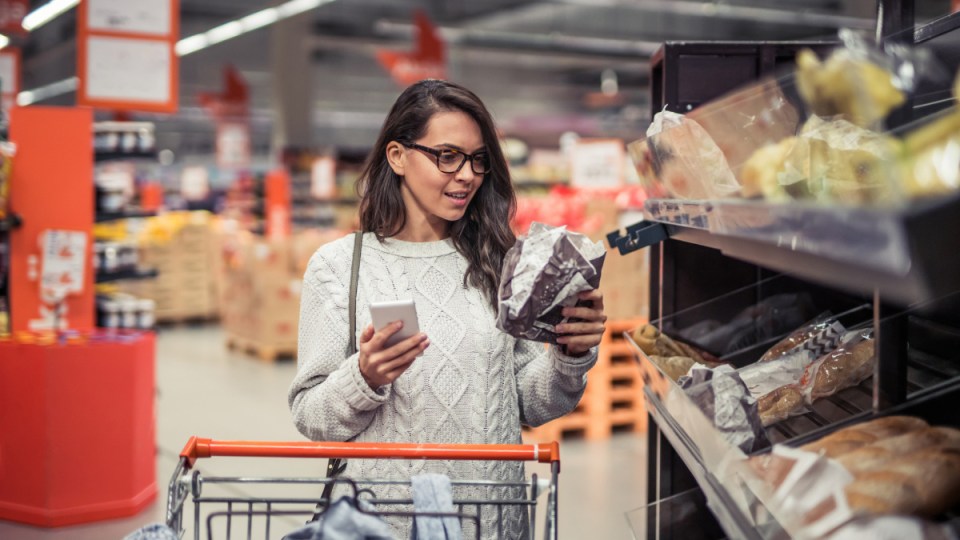 Brand is the deciding factor for most bread buyers. Photo: Getty

When you stroll the aisles of your local Coles, Woolies, Aldi or IGA, you’re faced with a smorgasbord of choice.

But in our busy modern world, most people have little time to study product labels, analyse nutritional information, or comparison shop.

So what’s really shaping the decisions we make about which items to put in our shopping baskets?

New research from the University of Technology Sydney (UTS) has revealed just how big an influence brands have over our shopping habits.

The researchers surveyed shoppers on the features they take into account when buying bread.

Shoppers were asked to identify the healthiest and best value loaves of bread based on brand, price, and product features including type of flour, low GI, enriched with Omega 3, presence of seeds, grains, vitamins and minerals, expiry date, and loaf size.

The findings, published this week in the Journal of Marketing Research, showed it’s the brand, and the attributes we associate with it, that is most likely to sway our decision, rather than factual information about the product itself.

Supermarket brands were the most popular choice, with 34 per cent of respondents opting for them, followed by Helga’s (23 per cent), Abbott’s (11 per cent), and Tip Top (10 per cent).

“It seems that brands provide a short-cut to our preferences – so if we care about health we buy Helga’s, or if our focus is value for money we buy a supermarket brand,” Associate Professor Paul Burke, deputy director of UTS Centre for Business Intelligence and Data Analytics, said.

While some companies attempt to bolster a product’s health credentials by labelling it “low carb” or adding minerals and vitamins, most consumers simply judge the healthiness of a product according to their perception of the brand, Dr Burke said.

“A lot of bread manufacturers play around with product features and the claims they make on the front of pack, but what we found is that brand dominates consumers’ decisions,” he said.

Bread is a “low involvement” product – one that consumers don’t put much thought into before buying – and our perception of brands may be skewing our judgement.

“We make the decision and walk out the door and that’s it,” Dr Burke said.

“But it’s something people are consuming on a daily basis and putting in their kids’ lunchbox.”

The type of flour used in the bread was also a major factor in shoppers’ choices, with 52 per cent of respondents selecting wholemeal followed by white bread (35 per cent) and unbleached (10 per cent).

Just 1 per cent of those surveyed reported regularly buying gluten-free breads, due to a perceived lack of value for money.

“Brand and flour type dominated other considerations, including various key claims such as whether a product is promoted as being low GI, high fibre, or ‘stone-milled’,” Dr Burke said.

“The respondents also preferred breads that were larger, cheaper and had a longer expiration date.”

Most shoppers were keen to get a good deal, with nearly half of those surveyed saying they buy bread that’s on special, at an average of 19 per cent off the shelf price.

The overwhelming influence brands had over consumer choices was surprising, Dr Burke said.

“We had an inkling that consumers might look at obvious things, like whether [the bread is] low-carb or low-salt, to make a judgement about health … But brand just dominated everything,” Dr Burke said.

The fact consumers were more influenced by subjective information derived from marketing campaigns, rather than objective factual information, highlights the need for more consumer education and better product labelling laws, he said.

“At the end of the day, consumers don’t have a lot of time when making decisions and brand is a very strong signal,” Dr Burke said.

“But if you really want a healthy choice, and you’re using brand as a heuristic to make those decisions that, you may be getting it wrong.”

Brand power: This is what really shapes our bread buying habits