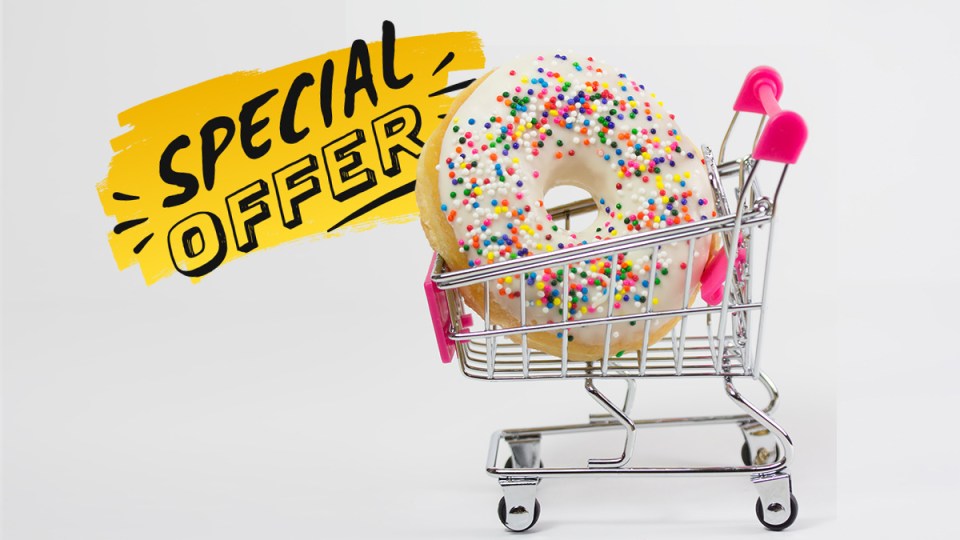 Supermarkets are heavily promoting junk food, and it's jeopardising our health. Photo: TND

Supermarkets are enticing shoppers with massive discounts on junk food while leaving healthy items off the menu, an Australian-first study has revealed.

Junk food prices are being slashed far more frequently than those of healthy foods – and by staggeringly higher amounts – a new Deakin University study has shown.

Researchers from Deakin’s Global Obesity Centre monitored supermarket price promotions over the course of a year and found junk foods were discounted twice as often as their healthier counterparts – and had their prices cut by nearly double the amount.

The study published in the American Journal of Public Health on Friday showed just 15 per cent of healthy foods from the five core food groups were put on special in an average week compared to nearly 30 per cent of unhealthy ‘discretionary’ – or junk – foods over the same period.

The size of the discount was also much greater for junk foods, with an average 26 per cent reduction in price compared to just 15 per cent off for healthier foods from the five core food groups.

Chocolate, chips, high-sugar breakfast cereal and ice-cream were the biggest culprits – going on special most often and with the biggest price cuts.

More than two-thirds of all the food we eat comes from supermarkets, and price has a major influence on shoppers’ choice, he said.

“What we’re showing here is that price promotions are yet another element of our food environment that drives us toward poor diets and obesity.”

Diets rich in energy-dense, nutrient-poor foods are a major contributor to poor health globally, and lead to chronic health conditions such as obesity, heart disease, diabetes and several cancers.

Australia “desperately” needs its big supermarkets to “be encouraging healthy eating if we want to have an impact on obesity as a country”, Associate Professor Cameron said.

“We’re not talking at all about limiting choice, but just placing the focus of marketing more on food that’s actually good for our bodies,” he said.

The research follows another Deakin study that monitored beverage price promotions at Coles and Woolworths and found that discounts were far more common and far larger for sugary drinks than other beverages.

“Evidence-backed proposals like a sugar tax, which is being implemented around the world, can be easily undermined if sugary drinks continue to be discounted so heavily by supermarkets,” Ms Zorbas said.

“Discounts on unhealthy food and drink warrant serious attention as part of a comprehensive strategy to promote healthy diets and reduce obesity.”

The report ranked the healthiness of the nation’s leading food and drinks manufacturers, with more than 32,000 packaged food items on sale across Australia analysed as part of the annual snapshot.

Aldi had the highest proportion of ‘discretionary’ products on its shelves at around 50 per cent.

Aldi’s private-label products were also the most “ultra-processed” of the nation’s four major supermarkets.

The report found that little progress is being made by the majority of supermarket food manufacturers in improving the healthiness of their products despite Australia’s rising obesity crisis.