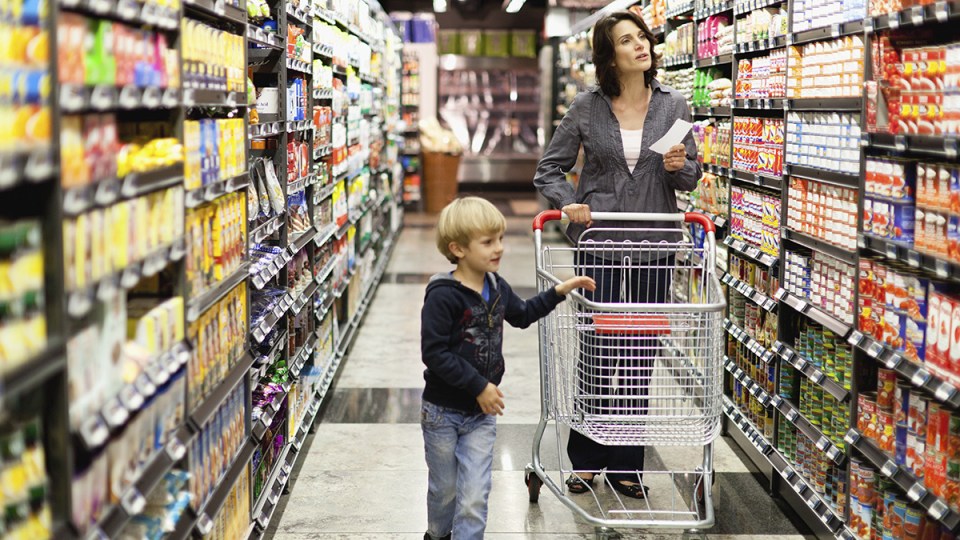 Consumers are left bewildered and lost when it comes to choosing healthy food options, thanks to a lack of an enforced health ratings system, a consumer advocacy group says. Photo: Getty

Shoppers are being confused and misled by unchecked food labelling, and the country’s consumer advocacy group has made an urgent call for the government to intervene.

A survey of Australian shoppers revealed the majority of consumers were easily misled by packaging that touted its products as healthy or natural – when the ingredients were actually  dominated by sugar and processed foods.

Consumer group Choice has written to federal Health Minister Greg Hunt to bring in the Health Star rating system as compulsory for all packaged products sold in Australia.

The Health Star rating aims to assess the overall nutritional profile of packaged food and assigns ratings from half a star to five stars as a standard way to compare similar packaged foods.

New survey results from the consumer body show 75 per cent of Aussie shoppers use the ratings system to make informed buying decisions.

“Our survey found that without Health Stars, two-thirds of people rely on marketing material to decide if something is a healthy choice,” Choice food policy expert Linda Przhedetsky said in a media release on Tuesday.

“Too many food brands still try to trick us into buying their unhealthy products with misleading images and claims. A compulsory Health Star Rating system will help disrupt the food industry’s tricks.”

According to research released earlier this year by the George Institute for Global Health, the government-initiated, voluntary rating system only appears on one-third of packaged products.

The New Daily spoke to Deakin University Professor of Public Health Nutrition Mark Lawrence about the ratings system in May. Professor Lawrence said there were a lot of holes in the way the stars were dished out.

Professor Lawrence said the way the stars were calculated ignored the food product itself and concentrated on its nutrition – meaning it was out of step with the current and accepted nutritional science knowledge base.

“The rating doesn’t differentiate if these (nutritions) come from a healthy food or a junk food,” he told The New Daily at the time.

“What we call discretionary foods – junk foods – are getting very high ratings of stars.”

What Choice is calling for is for the ratings system to be compulsory, and for the stars to be award by public health specialists – not added at will by food companies. (Most of the stars that are displayed on products are at the higher – or healthier – end of the scale.)

While consumers wait for the ratings system to be applied as a standard across the board, there are still ways they can make sure they’re making healthy eating decisions.

Dietitian Susie Burrell told The New Daily in June the easiest way to eat healthy was to avoid processed foods – meaning, most of the food that comes in packages.

Ingredients lists and nutrition panels can cause more confusion than clarity, Ms Burrell said. In general, the less ingredients, the better.

“If you see an ingredient list that takes up half the packet of the product, this is a big problem,” she said.

“This is suggesting the food is highly processed and has a lot of extra ingredients most of us don’t want to be consuming. We want foods that are as natural and unprocessed as possible.”

Professor Lawrence agreed, and said the best way to avoid excess nasties in food was to shop the “edge of the supermarket” and stick to fresh, minimally processed items.

“The simple advice is: More often than not, look for less processed food. Avoid ultra-processed food, aim for minimally processed – and a variety of it,” Professor Lawrence said.