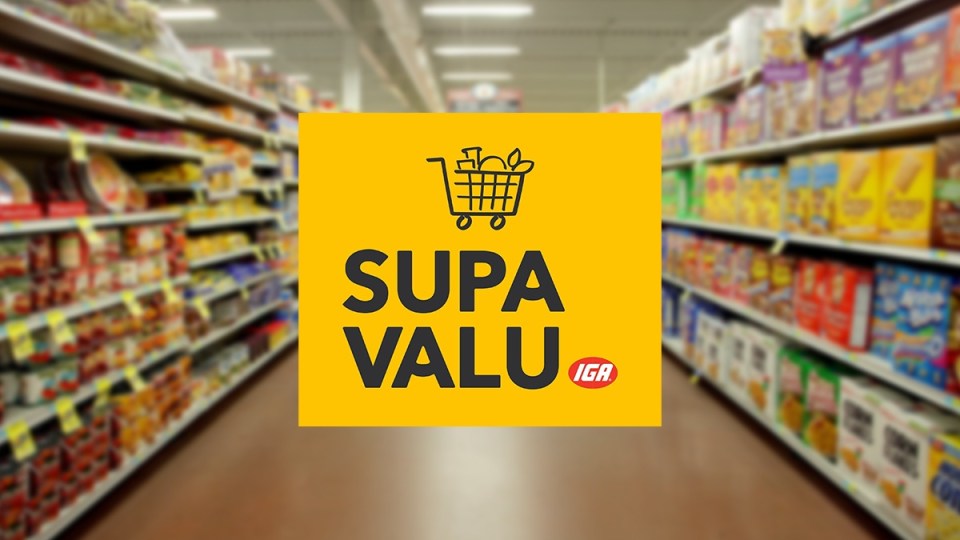 IGA has entered the low-cost supermarket space with cheaper offshoot Supa Valu, as retailers fight for customers amid the rising cost of living.

Customers will shop their favourite brands from pallets instead of shelves in the new low-cost, warehouse-style supermarkets, which could act as IGA’s answer to Aldi and Costco.

A Supa Valu store opening on Wednesday in the Melbourne suburb of Delahey follows two others that settled down in New South Wales’ Doonside and Ballina over the past few years.

Some shoppers might remember Supa Valu stores operating out of Western Australia about 20 years ago, but the company’s head of channel Steven Stewart said the stores will bring a completely new discount format.

Delahey’s new Supa Valu has made its home in the space of a former IGA, which managing director Neal Morgan had run for 17 years before the rebrand.

He said the IGA store was due for an upgrade just before COVID-19 hit, but with the cost of living rising, he decided to embrace the Supa Valu brand instead.

‘‘The local community are hungry for savings,’’ Mr Morgan said.

‘‘While they wanted [savings before the pandemic], they need it now, especially given the situation with the economy.

‘‘We’re very keen to pass on the savings to our shoppers and let them decide how competitive we are.’’

Mr Stewart said Supa Valu’s main point of difference from IGA stores are that it buys and displays products in bulk, with shoppers set to wander through large displays of products on pallets to do their shopping.

This will help the supermarket cut down on costs and pass on savings to customers.

He said Supa Valu carries all the major brands IGA does, along with its homebrand range.

The Delahey store’s fresh produce will come from the Melbourne markets, and all meat will be sourced locally.

‘‘There’s great value across the entire IGA network but with Supa Valu, especially when it comes to things like meat and produce and areas like that, [Supa Valu is] even more competitive on price with certain aspects,’’ Mr Stewart said.

‘‘Buying up in bulk is the real secret sauce for us.

‘‘That helps us to drive prices lower right across the floor.’’

Inflation is pushing up prices across the supermarket sector, but Mr Stewart said Supa Valu is aiming to be as competitive as possible while keeping an eye on competition in the low-cost market, such as Aldi.

But he said Supa Valu’s mix of Aldi and Costco concepts is good news for Australians looking to save cash.

‘‘Clearly the benefit is unlike Costco. There is no membership, which means you can shop without having that extra cost,’’ he said.

Dr Mortimer said the bulk-buy and bulk-presentation format will save on fixtures, fittings and face-up, resulting in a low-cost operation that will appeal to shoppers.

‘‘Certainly consumers are concerned about the cost of living,’’ he said.

‘‘That fuel excise will go back on in September, which means we’ll all be paying another 22 cents per litre for our fuel every week.

‘‘I think consumers are willing to shop around, whether it’s across the major brands or new formats like Supa Valu, to save money.’’

Dr Mortimer said major Australian retailers Coles and Woolworths may be tempted to look into similar warehouse-style setups, but are focused on the expansion of their smaller-format Woolworths Metro and Coles Local subsidiaries for now.

Coles does have a history in the larger format with the discontinued ‘Super Kmart’, a hypermarket that consisted of a Coles and Kmart providing low food prices, discount general merchandise and apparel under one roof.