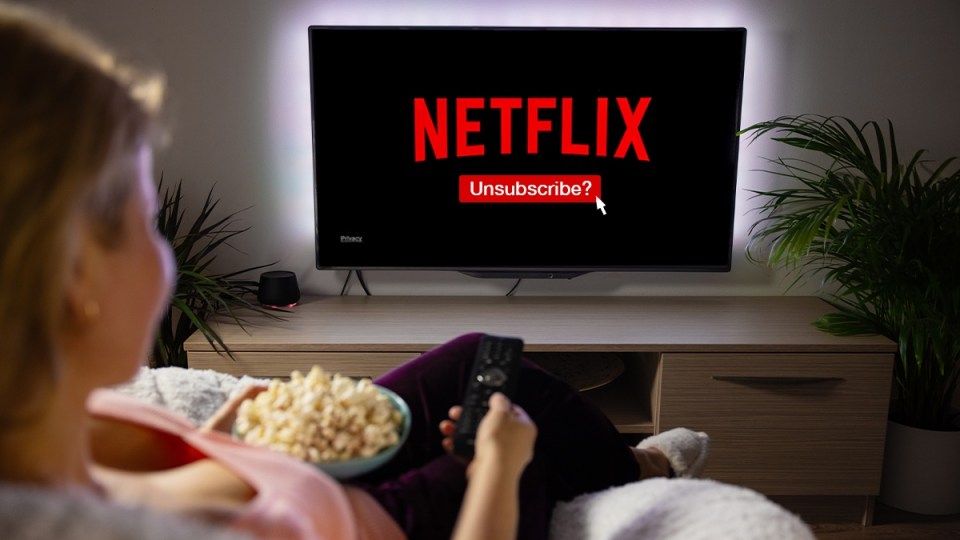 Streaming giant Netflix has lost another 970,000 subscribers in the second quarter, its biggest such loss in its 25-year history. Photo: TND/Getty

Netflix lost almost one million subscribers over the second fiscal quarter – but that’s almost good news for the streaming giant.

The company had predicted a loss of two million subscribers, so the results for the US second quarter released on Tuesday (Australia time) comes as a minor victory.

“But again, we’re talking about losing one million instead of losing two million [subscribers]. So our excitement is tempered by the less bad results,” he said.

Netflix in good place despite losses

The streaming company’s average revenue per membership rose 7 per cent over the past year, largely driven by membership price hikes and the appreciation of the US dollar.

In the Asia-Pacific region, total revenue came to $900 million, a year-on-year rise of 23 per cent, excluding the effect of the foreign exchange.

Media economist Peter Cox said rather than it being a sign of failure, it’s natural Netflix could have reached the end of its growth.

“For people who think that high-growth companies can go on being high growth forever, that is not true,” he said.

“In early periods, you get high rates of growth, and that flattens out and matures, and then over time it drops off the famous S-curve.

“And this product is no different than that.”

As its growth looks to have halted, Netflix also faces more competition than ever.

The streaming service was once considered a disruptor, but now several platforms such as Stan, Prime Video and Disney+ are carving out their own places in the market.

In a bid to appease investors after the loss of 200,000 subscribers in the first quarter of 2022 saw the company’s share price be slashed by more than 25 per cent, Netflix announced it would introduce a cheaper subscription plan that would feature advertisements.

“Those who have been following Netflix know that I have been against the complexity of advertising and a fan of the simplicity of subscription,” Mr Hastings said at the time.

“But I’m a bigger fan of consumer choice – and allowing consumers who would like to have a lower price and are advertising-tolerant get what they want makes a lot of sense.”

Netflix announced on Tuesday the ad-supported plan is expected to launch in early 2023, with the company selecting Microsoft to support its advertising needs.

Mr Cox said while the cheaper plan may attract new customers, it runs the risk of encouraging pre-existing subscribers to switch from their more expensive plans to save money.

But Netflix looks prepared to take the chance, along with the possibility of alienating customers with its crackdown on account sharing.

The company is testing two different approaches to stop the practice in Latin America, by forcing subscribers to either add an extra member or an extra home to their account for an extra $US2.99 a month.

Netflix aims to put a stop to account sharing worldwide in 2023.

Mr Eklund said this move is a bad idea, as it breaks a “key early promise” the platform made by placing a cap on the number of devices that can use the same Netflix account simultaneously, which implicitly allowed account sharing between members.

“By kind of going back on an early promise, that’s not a very popular move at all,” he said.

“Try to diversify your revenue stream, try and add some other things that make you money, rather than cutting back on features that you already promised the audience.”

Bringing Netflix into the future

Netflix has made efforts to diversify its revenue streams in recent years, most notably by expanding into gaming in 2021.

The streaming service launched games at no extra cost for its subscribers on both Android and iOS devices in November, tapping into an industry with estimated market share of $US200 billion.

Netflix went on to buy game developers such as Boss Fight, Next Games and Night School Studio, a sure-fire sign the company intends to gain a strong foothold – and profit – in the gaming sector.

Its acquisition of companies such as Australian animation studio Animal Logic (the company behind blockbusters like Happy Feet) is also a sign Netflix is looking to save money by producing more of its content in-house, Mr Eklund said.

He said Netflix could also be missing out on another revenue-making opportunity by not returning to its DVD roots.

“Netflix has been very anti any kind of home media release for content because they think it will cannibalise their subscription revenues,” he said.

“This is a disruptive field. It’s all experimental, so we actually don’t have the evidence to say whether that would or not.”

Netflix still continues to rent out DVDs via mail, and Mr Eklund suggested selling DVDs with original content such as Stranger Things could prove popular with collectors and die-hard fans.

But Mr Cox said extra costs associated with producing and distributing DVDs may make the company reluctant to make the move.

Why Netflix was happy to lose a million subscribers