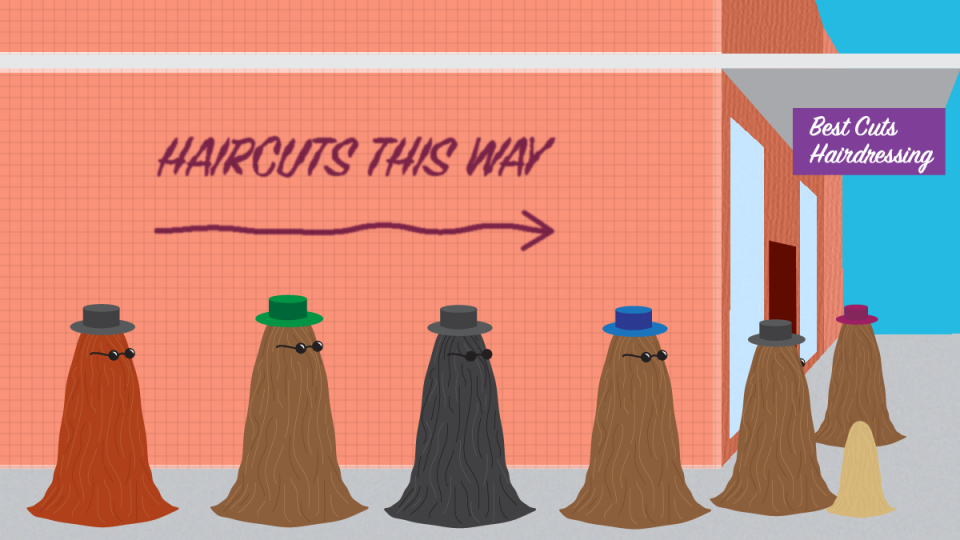 Victorians are looking forward to some much-needed grooming after months at home. Image: TND

Victorians are planning to follow their New South Wales counterparts and treat themselves from Friday as the state celebrates the end of its sixth lockdown.

But unlike NSW, Victoria’s spending snapback could take a little longer to offer relief to much of its ailing economy.

Commonwealth Bank data released on Tuesday showed NSW experienced a sharp increase in spending on personal care, drinking out and clothing as soon as the state exited lockdown on October 10.

Survey results released from rival bank NAB on Thursday predicted two out of three Victorians plan on “splurging” on themselves once restrictions eased.

At the top of Victorians’ to-do lists are: Dining out, getting a haircut, and buying clothes in store, according to NAB.

While there is sure to be plenty of the first two on Friday, Melburnians will need to wait until they reach the 80 per cent double-dose milestone later this month to go clothes shopping.

CBA head of Australian economics Gareth Aird said spending habits have been “disparate” around the country as COVID-19 has affected each state and territory differently.

But he predicted Victoria’s bounce back may be weaker than NSW’s, because its restrictions are being eased more slowly.

Mr Aird said changes in spending habits during and after lockdowns were “a natural response to what you can and can’t do”.

He said the spending boom in NSW and Victoria would likely continue as people “made up for lost time during COVID”.

“The reality is households have saved a truckload of money over COVID, and there’s a lot of pent-up demand,” he said.

Travis Tyler, chief product and marketing officer at NAB-owned ‘smart bank’, 86 400, said the number of people opening savings accounts with the bank has almost doubled over the past four months.

People are saving for specific items or creating a buffer for themselves in case of future lockdowns, he said.

Mr Tyler said consumers were also using their phones more than cash to pay for goods and services.

Noting that COVID-19 has accelerated the uptake of technology in our everyday lives by up to five years, he said people feel more comfortable leaving their wallets at home now that they can show their vaccination status and car licence on their phones.

The restaurant relied on offering takeaway and deliveries to make ends meet during Melbourne’s lockdowns.

But it has accepted a “pretty good” number of reservations over the coming weeks from customers getting organised before the next stage of reopening.

Although Victoria is opening up, the state is still strongly affected by COVID-19, grappling with thousands of new cases and more than 1000 deaths.

With these statistics, Ms Barican said people are still afraid to head out because they don’t feel safe.

However, Chibog will not be able to offer delivery services after it reopens, because half of the staff are unable to work due to a recently announced double-vaccination mandate for Victorian workers.

Ms Barican said her staff were willing to get vaccinated, but their appointments are booked at the end of November as they thought the double-vaccination mandate would come into effect later in the year.

“I feel like the staff that are available will be overworked,” she said.

“My husband needs to come in and help me out even though he already has a full-time job … because I’m desperate for staff.”

Despite the challenges her business and customers are facing, Ms Barican said she feels like there is “no right or wrong time” for lockdown to end.

“I just feel like we have to try because [all businesses are] suffering,” she said.

“We have to at least try something because not everyone is surviving right now.”

Ms Barican said she hoped customers respect reopening businesses and staff as they’re “just trying to survive” the circumstances to serve people in a safe environment.

After months of lockdowns, Australians are looking to spend big on clothes and personal care