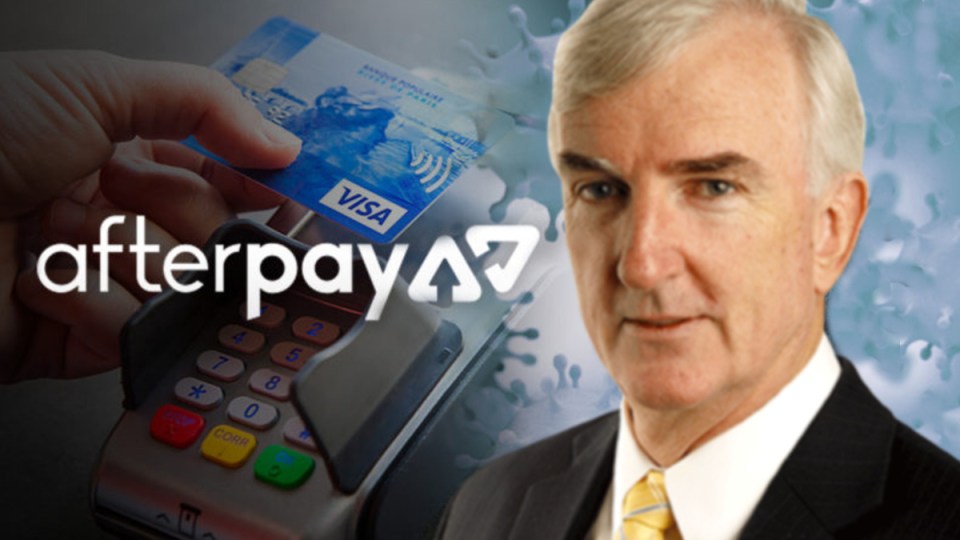 Afterpay looks suspiciously like a speculative bubble in what is already a dislocated market. Photo: TND

Quietly slipping by amid the welter of news last week was a particularly pathetic effort by ASIC, even by ASIC’s standards, on the matter of the buy-now-pay-later brigade – Afterpay and its fellow BNPL travellers.

Not waiting to have its milk teeth pulled by the Morrison government, ASIC happily licked the BNPL outfits’ toes and rolled over to ask for a tummy tickle.

The key ingredients of the watchpuppy’s lame performance were well reported – zero action after a review finding one in every five BNPL customers was getting into credit troubles using the don’t-call-us-credit-providers.

As Financial Counselling Australia CEO Fiona Guthrie told The New Daily: “If it looks like a duck, and quacks like a duck, it is a duck. BNPL is credit and should be regulated like other credit products.”

But ASIC, reading the breeze from Canberra and having plenty of its own difficulties, reckons a nebulous “design and distribution obligations” thingy it will implement late next year will cure all ills along with,  hilariously, a little industry self-regulation, a voluntary code of conduct.

We’re talking the sharp end of rapidly multiplying consumer financial engineering here, a group of companies that claim black is white about the very nature of their business, yet we’re supposed to trust them to self-regulate.

As silly as that is to anyone who can remember as far back as, say, yesterday about ambitious finance types and self-regulation, the killer for me is that ASIC ran exactly the opposite line to where the Reserve Bank is heading in trying to prevent BNPL distorting consumer decisions.

The ASIC report happily told how it and the ACCC are working hard to stop merchants “surcharging” – charging customers the extra cost of using expensive (for the merchants) BNPL.

The RBA is slowly heading towards specifically allowing merchants to surcharge as the substantial hidden cost of BNPL fees distorts consumer decisions.

It also means the vast majority of us who don’t use BNPL are effectively subsidising those who do – it becomes part of the costs merchants factor into their overall prices.

For example, Afterpay, the biggest of the tribe and a stockmarket darling (if not bubble) charges merchants an average of 3.9 per cent for the “free” credit its customers obtain.

Unless it, too, is nobbled by the federal government’s relaxed attitude to financial gouging, the RBA spelt out its attitude in a payments system issues paper this time last year: “If a business chooses to apply a surcharge to recover the cost of accepting more expensive payment methods, it is able to encourage customers to consider making the payment using a cheaper option.

That’s the same economic theory that underpinned the RBA’s earlier decision to allow merchants to surcharge for credit cards, if they wish.

The pub test, “the vibe”, concurs.

It strikes me as a pretty crook restraint of trade that one type of credit provider is allowed to strong-arm merchants into swallowing the specific cost of one form of credit when they’re allowed to surcharge for other forms of credit.

ASIC going soft on BNPL now, expressing faith in self-regulation, is a little odd as just five months ago it was rather scathing of the industry’s waffly code of conduct.

What’s changed? A possible factor is the Treasurer specifically warning that the watchpuppies were trying too hard since the Hayne Royal Commission.

Unlike just about everyone else in the finance commentary business, I personally think lenders have run a bit too scared of responsible lending requirements, that borrowers have to take some responsibility for borrowing, rather than blaming the bank if a loan subsequently goes sour.

But calming lenders’ overreach on establishing a banking nanny state is rather different from telling regulators to go easy, especially when some weren’t known for going hard.

“But with ASIC leadership under pressure as the government attempts to strip it from enforcing responsible lending laws, Mr Hughes added: “Of course, what government wishes to do in terms of future regulation, if any, of the buy now, pay later sector is a matter for government.

“Our job is to put forward the facts, update the observations we made in [2018] and provide the data to support good policy decisions in future.”

Senator Andrew Bragg, previously employed as a shill for the banks and non-industry super funds, used Twitter to fire a shot across ASIC’s bows before the report was released.

It has been widely speculated that next week, ASIC will report on the Buy Now Pay Later sector.

This will be an important test for ASIC which must not stray into policymaking or extensive public commentary.

So Senator Bragg is a big fan of BNPL, with its dishonest self-portrayal,  high costs and 20 per cent of its revenue coming from late fees.

He told the AFR that “random actions by regulators can damage Australia’s fintech capability” and reinforced his warnings in a repetitive Twitter flurry.

“Policy and regulation of the buy now pay later industry remain a matter for Government and, ultimately, the Parliament.“

Senator Bragg has form on letting the (non-industry fund) finance sector rip. He didn’t seem to have any problems with his employers’ well-documented excesses when he was policy director of the retail super funds’ lobby group, the Financial Services Council, but was a persistent critic of the industry super funds that embarrassingly outperformed his paymasters.

It was a vendetta he continued when he moved on to the Business Council of Australia and now in the Senate.

For example, of all the issues that were bubbling when the ABC’s CEO appeared before Senate Estimates on the evening Four Corners’ Canberra Bubble story went to air, never mind the government’s usual efforts to whack the national broadcaster, Senator Bragg came up with this:

Senator Bragg: Finally, we discussed the last time you were here, quite recently, about The New Daily. I asked you whether or not you knew anything about this commercial arrangement with a news organisation which is run by some super funds. Have you found out any information about this?

Mr Anderson: To be honest, I asked immediately afterwards. I got on the phone to our head of commercial and got the answer. I don’t recall it at the moment, but I know it’s coming back to you on notice. I think my initial response to you was, I think, News in 90 Seconds, a deal that we had with them. The revenue I would say is commercial in confidence, but I’m happy to give you a range, if you like, of what revenue we get from that, if you wish. It gives you an idea of what that commercial arrangement is and what it’s for the provision of.

Senator Bragg: I think it’s in the public interest mainly because this is a news organisation which has been built by the contributions of super fund members, probably in breach of the legal arrangements which apply to the super trustees. The government is looking to change the laws so that super funds can’t spend money on things which are not for people’s retirements, for example. It’s a curious organisation to be doing business with, I would have thought, hence the question from last estimates.

Mr Anderson: We’ll take that on notice and scrutinise it. But, as I said, we try to commercialise what we can in order to bring money in, for content particularly.

Senator Bragg: So they pay you?

Mr Anderson: Yes. We try to, as per multiple efficiency recommendations, find revenue for our news services, particularly those that we own. Sometimes we have to clear rights, but otherwise we enter into the agreement that we would receive revenue for it.

There you go, dear reader – we’re a right lot of outlaws and Senator Bragg wants to run us out of town, never mind the Hayne Royal Commission examining us and having no trouble with The New Daily’s ownership.

I don’t recall the Senator ever campaigning about retail funds losing super fund members’ money, grossly underperforming often enough, and charging higher fees to extract fat profits for their shareholders – but The New Daily must be stopped.

Given Senator Bragg’s record, we must be doing something right.

Michael Pascoe: ASIC out to lunch on Afterpay