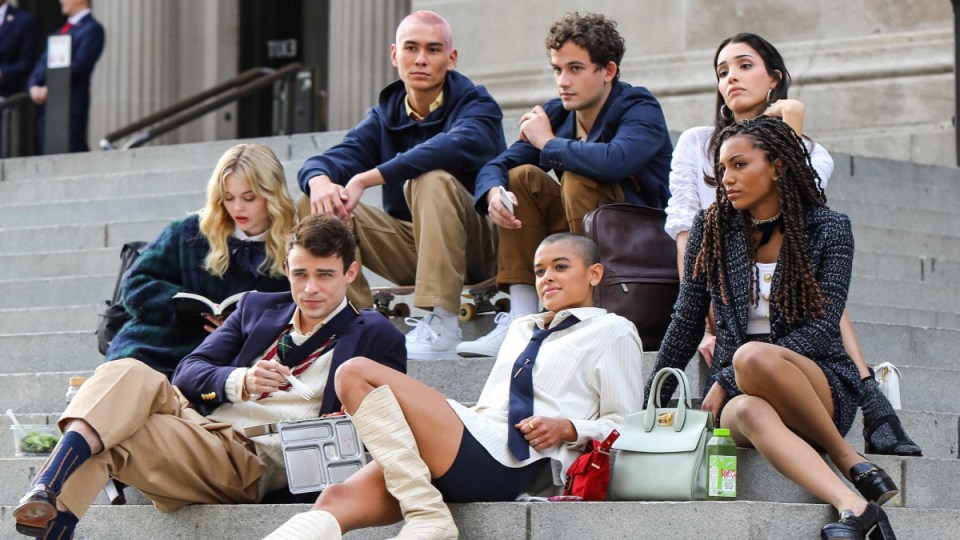 There they are – the cast of the Gossip Girl reboot. We find out more on July 8. Photo: HBO Max

Winter is settling in, and it’s time to give yourself in to the streaming gods: Whether you worship Netflix, Stan, Binge, Disney Plus, Amazon Prime Video or our free-to-air channels, you’re covered this July.

One of the most anticipated drops (for positive and negative reasons) will be the recreation of iconic 2010s series Gossip Girl.

We will get the first episode on July 8, but fans will no doubt already be praying the last episode is better than its predecessor’s finale.

Stan (as well as showing Wimbledon on its new sport service) is bringing on the podcast-inspired series Dr Death, which will come to us the same day as the US.

It’s far from a new series, but SBS is leaning into the 1990s fever and bringing us UK drama This Life (July 1). Straight outta the generation, it follows five young lawyers living in a sharehouse as they navigate the start of ‘real life’.

Netflix is reasonably quiet, the most notable of its contributions to couch potato life the utterly bizarre Sexy Beasts, which you may have accidentally seen moons ago on late-night TV.

It’s a dating show that premises itself in dressing up contestants in weird and terrifying masks and sending them on a first date. Set to unnerve from July 21.

Movin’ to the Country – ABC iView, from July 2

Spurred on by the great tree change, this six-part homegrown series follows a bunch of city-dwelling Aussies who pack up and move to the sticks. Some are moving home; some are leaving the city for the first time.

Based on Goosebumps lord RL Stine’s best-selling series of the same name, Netflix is bringing the sinister side of Shadyside’s history to screens this July. The trilogy will drop on a weekly basis.

This dark comedy comes out of New Zealand (of course) and centres around sisters Ellie and Gwen (real-life sisters and writers of the series) who inherit their grandfather’s funeral home.

Think Six Feet Under if it was funny and made by Kiwis.

The next generation of young and rich upper-eastsiders are ready to plot and scheme their way to … somewhere.

The reboot follows the same premise as the Serena and Blair original, where an outsider joins a clicky clique. Drama ensues. New episodes drop weekly.

It follows a couple who are unable to conceive, when they stumble upon an 18-year-old woman willing to be their surrogate.

As if we needed more evidence 2021 was the year of the reboot, Channel 9 has brought back its borderline offensive dating show, Beauty and the Geek.

If you’re unfamiliar with the concept, it’s exactly as the name suggests: 10 ‘geeks’ are paired with 10 ‘beauties’ to battle their way through a series of challenges – and see if they can’t fall in love along the way.

The creator of American Horror Story is back with an anthology series, that will scare us with a different lore each weekly episode. Joy.

Raising Kanan is the prequel to 50 Cent’s Power, and will show us the early life of lead Kanan Stark, in 1990s South Jamaica.

We will get new episodes every Sunday, the same time as the US.

If you’ve ever wished corny Christmas movies existed all year around, fill your boots with this one.

A spin-off from a Canadian original, When Hope Calls reunites two orphan sisters who were separated as young children.

As adults, they open an orphanage of their own in a small US country town. Wholesome.

July streaming guide: What to watch on Netflix, Stan, Binge and more