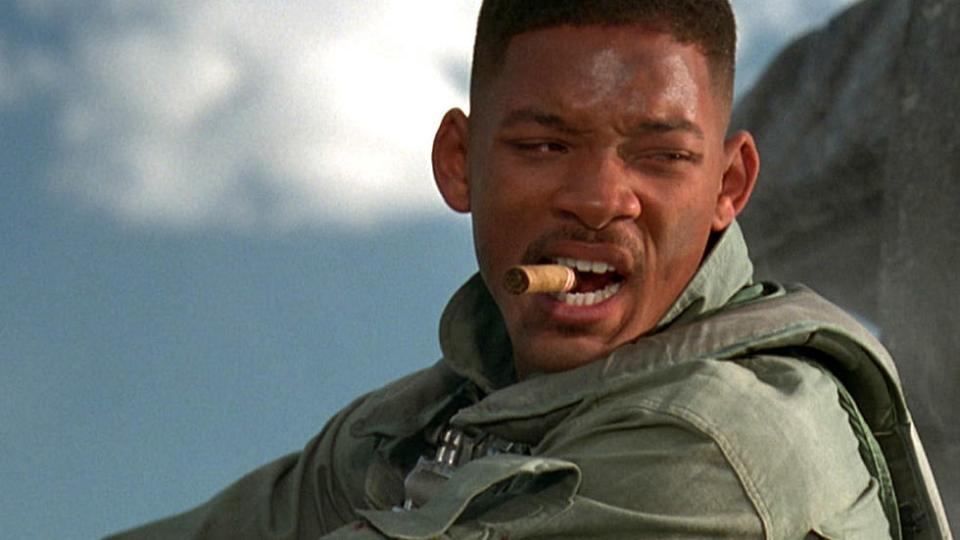 Will Smith's Independence Day blows out 25 candles for its birthday this year. Photo: Twentieth Century Fox

At what age does a film become a classic? Because these stand-up movies are celebrating milestones in 2021.

The streaming habits we picked up during the pandemic have stuck with us – some 80 per cent of us stream something on at least a monthly basis.

As well as watching the latest and greatest, we’re rediscovering our old favourites, because they’re good and because it makes us feel good.

Deakin University reported watching something familiar helps to alleviate stress – like the stress brought on by a global pandemic.

But at the end of the day, you don’t need an excuse to watch these movies – because they’re great pieces of cinema.

It’s life lessons like these set against an aspirational storyline (enthusiastic young worker has to slug it out to earn her dues, has epiphany in the process) with a makeover for the ages in Anne Hathaway’s Andy Sachs, that makes Devil utterly rewatchable.

Watch it: Stream on Disney Plus, rent/buy from Apple, Amazon Prime Video and Google Play

This steamy drama set in Sydney is still one of Australia’s most successful releases. Starring royalty such as Anthony LaPaglia, Geoffrey Rush, Rachael Blake and Kerry Armstrong, Lantana, under the direction of Ray Lawrence, is an observer of relationships and reality – it casts no bias and gives no opinion.

Watch it: Rent through Apple TV

The official release date of Will Smith’s iconic Independence Day is debatable. It was first released in select cinemas on July 2, the day the film’s storyline starts. It was released worldwide on July 3, in time for the US Independence Day on July 4. Phew.

That aside, the OG entry in the franchise tapped into the sci-fi genre with blockbuster power, underpinned by the “greatest country on Earth – and in the universe” attitude of the United States. There’s no other time of the year to watch it.

Watch it: Stream on Disney Plus, rent/buy from Apple, Amazon Prime Video and Google Play

Was it so bad that it was good, or was it just bad? Thus, the eternal question that defines anything from the ’90s. (Just wait until the current ‘hip generation’ gain hindsight on their outfits.)

To start with, Keanu Reeves, Gary Busey and Patrick Swayze on the same bill. Surely that can’t be bad? But then enter, Reeves’ Bill and Ted accent executed in a non-ironic setting. That’s gotta be bad.

It’s got to be seen (again) to be decided upon.

Watch it: Stream it on Binge, or rent/buy on Google Play, Apple or Amazon Prime Video

Before it was Charlie’s chocolate factory, it belonged to Willy Wonka. And before Johnny Depp brought shades of questionability to the eccentric candyman, Gene Wilder brought him to life. Ahead of a tipped sequel, to focus on Wonka’s life pre-factory, revisit the original (and the best) incarnation of Roald Dahl’s classic story.

It’s the sing-a-longs for me.

Watch it: Showing in some cinemas now – or rent/buy from Apple or GooglePlay

Are they classics yet? These movies are about to celebrate pivotal birthdays