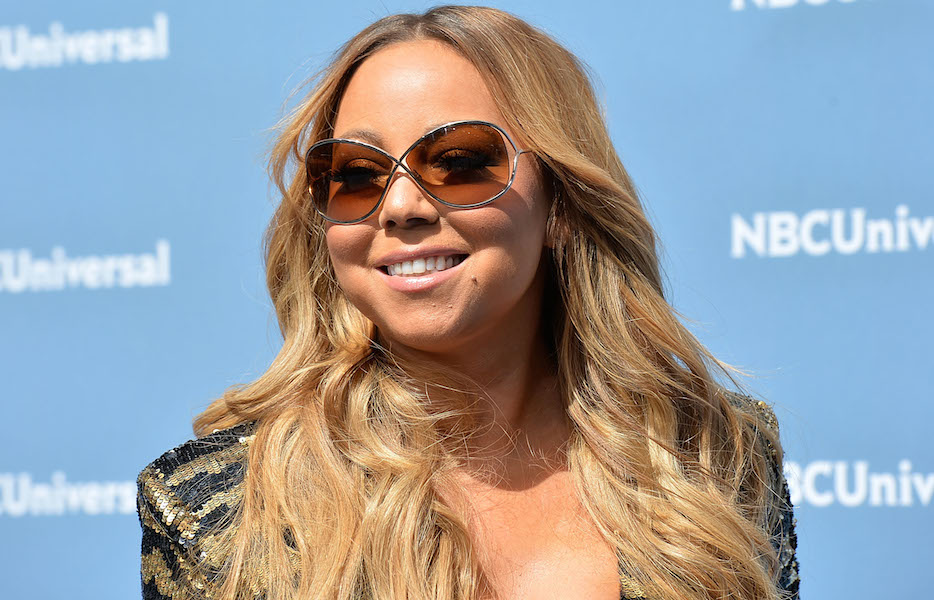 Mariah Carey has never professed to be a wallflower, but her latest look has her standing out for all the wrong reasons.

In New York City promoting her new “documentary” Mariah’s World, the 46-year-old wore an eye-catching outfit that broke a host of style rules.

The singer showed off her recent weight loss in a sequinned, tiger print dress from French designer Balmain, pairing it with fishnet stockings and sky-high Christian Louboutin heels.

Carey is slimming down for her upcoming wedding to Australian mogul James Packer. While she looks fantastic, her choice of clothing needs some work.

The glitzy sequinned fabric was inappropriate for the daytime event, her fishnet stockings looked awkward peeping through her open-toe shoes, and the short hem and low-cut neckline ensured Carey was showcasing both legs and cleavage – a big no-no in the style world.

But even worse than its various fashion faux pas, Carey’s outfit was uncomfortable and impractical and nearly caused several wardrobe malfunctions.

At one point during the NBC Universal Upfront event, one of Carey’s ridiculously high shoes came off her foot and tripped her up. She would have fallen were it not for the intervention of her loyal bodyguards.

During interviews, she could be seen tugging at the hemline of the mini-dress, admitting to one reporter: “It’s a little tight.”

While the songstress might now be considering firing her stylist, she carried off the look with her trademark confidence.

“I know it’s not morning attire but I don’t care,” Carey told reporters. Watch the trailer for Mariah’s World below: