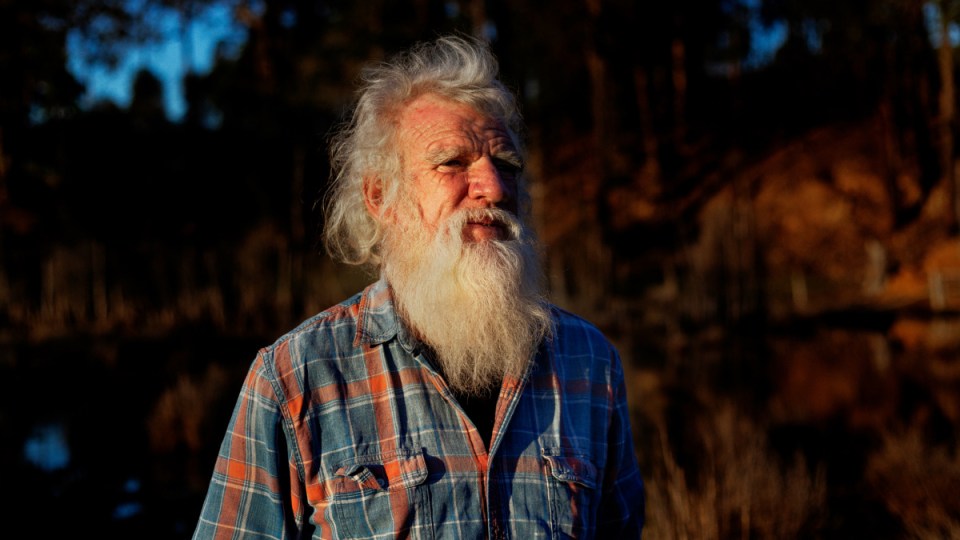 Bruce Pascoe stood near the ancient crops he has written about for years and discussed the day’s plans with a handful of workers. Someone needed to check on the yam daisy seedlings. A few others would fix up a barn or visitor housing.

Most of them were Yuin men, from the Indigenous group that called the area home for thousands of years, and Pascoe, who describes himself as “solidly Cornish” and “solidly Aboriginal,” said inclusion was the point.

The farm he owns at Gypsy Point, on a remote hillside near Mallacoota, a day’s drive from either Sydney and Melbourne, aims to correct for colonisation – to ensure that a boom in native foods, caused in part by his book, Dark Emu, does not become yet another example of dispossession.

The lessons Pascoe, 72, seeks to impart by bringing his own essays to life – and to dinner tables – go beyond appropriation. He has argued that the Indigenous past should be a guidebook for the future, and the popularity of his work in recent years points to a hunger for the alternative he describes: a civilisation where the land and sea are kept healthy through cooperation, where resources are shared with neighbors, where kindness even extends to those who seek to conquer.

“What happened in Australia was a real high point in human development,” he said. “We need to go back there.” Writing about it, he added, can only do so much.

Dark Emu is where he laid out his case. Published in 2014 and reissued four years later, the book sparked a national reconsideration of Australian history by arguing that the continent’s first peoples were sophisticated farmers, not roaming nomads.

Australia’s education system tended to emphasise the struggle and pluck of settlers. Dark Emu shifted the gaze, pointing to peaceful towns and well-tended land devastated by European aggression and cattle grazing. In a nation of 25 million people, the book has sold more than 260,000 copies.

Critics, including Andrew Bolt, a conservative commentator for News Corp, have accused Pascoe of seeking attention and wealth by falsely claiming to be Aboriginal while peddling what they call an “anti-Western fantasy.”

Asked by email why he’s focused on Pascoe in around a dozen newspaper columns since November, Bolt replied: “Have fun talking to white man and congratulating yourself on being so broad-minded as to believe him black.”

Pascoe said “Bolty” is obsessed with him and struggles with nuance. He’s offered to buy him a beer, discuss it at the pub and thank him: Dark Emu sales have doubled since Bolt’s campaign against Pascoe intensified.

His fans argue that kind of banter exemplifies why he and his book have succeeded. His voice, honed over decades of teaching, writing fiction and poetry – and telling stories over beers – is neither that of an academic nor a radical. He’s a lyrical essayist, informative and sly.

To some Aboriginal readers, Pascoe is too Eurocentric, with his emphasis on sedentary agriculture. “It is insulting that Pascoe attempts to liken our culture to European culture, disregarding our own unique and complex way of life,” wrote Jacinta Nampijinpa Price, a politician in the Northern Territory who identifies as Warlpiri/Celtic, last year on Facebook.

To others, Pascoe opens a door to mutual respect.

“He writes with such beautiful descriptions that let you almost see it,” said Penny Smallacombe, head of Indigenous content for Screen Australia, which is producing a documentary version of Dark Emu.

“It follows Bruce going on this journey.”

Dark Emu followed more than two dozen other books – fiction, poetry, children’s tales and essay collections. Pascoe said he had a hunch it would be his breakthrough, less because of his own talent than because Australia was, as he was, grappling with the legacy of the past.

In 2008, a year after his book about Australia’s colonial massacres, Convincing Ground, Prime Minister Kevin Rudd apologized to Indigenous people on behalf of the government. In the months before Dark Emu was published, all of Australia seemed to be debating whether Adam Goodes, an Aboriginal star who played Australian football for the Sydney Swans, was right to condemn a 13-year-old girl who had called him an ape.

“There was just this feeling in the country that there’s this unfinished business,” Pascoe said.

Pointing to the protests in the United States and elsewhere over racism and policing, he said that much of the world is still trying to dismantle a colonial ideology that insisted white Christian men have dominion over everything.

The deep past can help by highlighting that “the way Europeans think is not the only way to think,” he said.

Bruce Pascoe wants to save the present with the Indigenous past