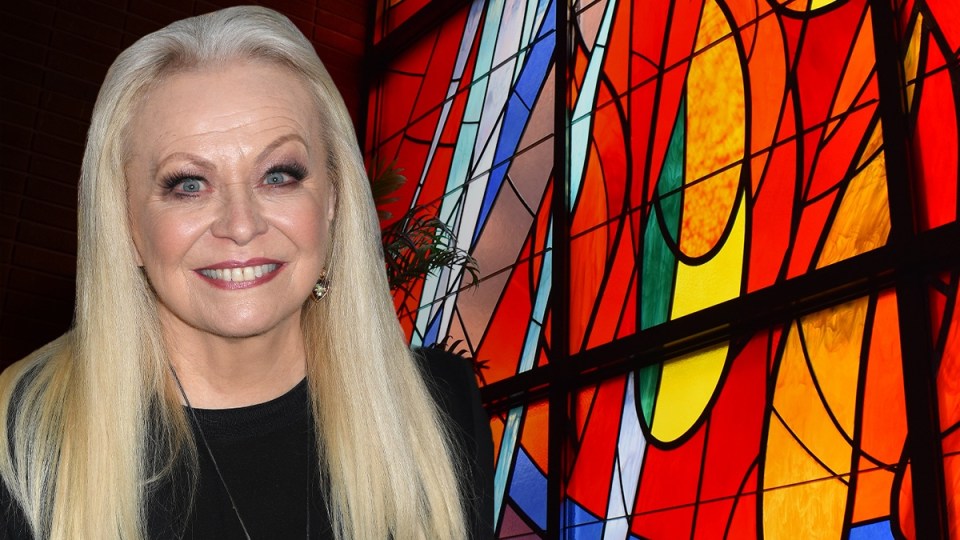 Jacki Weaver on April 1 in West Hollywood for a special screening of Father Stu. Photo: Getty

Without a doubt, Australian stage, television and film star Jacki Weaver is the hardest-working character actress in Hollywood.

Even though she’s been working in the entertainment industry since she was 15 years old, Weaver became a more recognisable star in Hollywood at the age of 50 after Oscar-nominated roles in Animal Kingdom (2010), Silver Linings Playbook (2012) and Kevin Costner’s TV seriesYellowstone (2018).

And now, at 75, she’s back on the big screen alongside Hollywood powerhouse Mark Wahlberg in his new faith-based biopic Father Stu.

To appreciate Weaver’s comedic timing and presence, look no further than the film’s recently released trailer, where Wahlberg, a devout Catholic and father of five in real life, enthusiastically breaks the news to his on-screen mother about his decision to join the Catholic Church.

“For Halloween?” she replies.

In a readership Q&A for The Guardian on May 6, Weaver answered the hard questions from her global fanbase before the film’s release on May 12.

“I liked the fact that even though it’s a ‘faith-based film’, it’s still cheerful, irreverent and un-preachy,” she said.

Weaver has been cast to play a mother several times, and was asked by one fan who her favourite on-screen child was: Bradley Cooper or Mark Wahlberg?

Weaver told ABC Audio Father Stu pulls no punches when it comes to its message about faith and redemption.

“It’s the difficult and the sad things in life that test your mettle, and test your emotional strength, sometimes in tragic ways,” Weaver says.

“But that’s what makes you stronger, ultimately, I think.”

When Jacki made it big

Weaver has 60 years all up in the movie business.

But it wasn’t until the success of Australian crime drama Animal Kingdom and Silver Linings Playbook (starring Cooper and Jennifer Lawrence) that she finally made it big in Hollywood and moved there to capitalise on her surging popularity.

In answer to a Guardian question about how satisfying that moment was, she replied: “It was amazing.”

“It was an enormous but pleasant shock. I had been in about 70 plays and done about 15 films and lots of TV in Australia, and I was perfectly content.

“So when, at the age of 63, Hollywood came to me, I was gobsmacked. It’s been wonderful – 12 years later and I haven’t stopped working.

“Every day I’m filled with wonderment.

“I’d always been such a snob about Los Angeles. I’ve been going to New York every year since 1972 – a theatre town, I just love it. I thought: ‘Oh no I don’t wanna know about LA’.

“But now I’m a complete convert. I hate the traffic, but I love the weather and the way of life. It’s to do with age, too. I couldn’t do another winter in New York; it’s so cold. I didn’t see snow until I was 40.”

Age no barrier to landing parts

In a 2016 interview with The Daily Telegraph, when asked about her longevity in the industry and picking up regular work as she got older, Weaver said Hollywood was “welcoming” and did not discriminate against age, as some actors suggested when missing out on key roles.

“There are lots of great roles for women my age,” she said.

“I have never come across any of that. Remember, I am in my late 60s and under five foot, so maybe those sorts of things don’t apply to someone like me. Perhaps it happens to younger actors.

“It’s pointless to blame it on people’s prejudices. From what I’ve seen there are lots of really plain girls doing well. Lots of fat girls, too. I think everyone is getting a go.”

By 2019, a year in which she shot or filmed a total of seven films, including Penguin Bloom starring Naomi Watts and a film about ageing cheerleaders called Poms, Weaver told Vanity Fair the real reason she won’t retire.

“I take the parts that are going to stretch me the most and be the most challenging,” she explained.

“Because I think that’s good for my brain. I think sitting around contemplating my navel would be awful. Now and again, I like a bit of solitude and time to meditate, but I think constant activity is good for me, and my mental health.

“I’ve done 73 plays, and 46 films, and I occasionally think, ‘I wish I’d had a chance to play Viola in Twelfth Night, or Eliza Doolittle, or Juliet, or Nora in A Doll’s House,” she said in the 2019 interview, which described her as a “national treasure” in Australia.

“But I try not to regret things you can’t do anything about because that’s just the height of being neurotic.

“I just want to keep working until I take the final sleep.”

Father Stu is out in cinemas from May 12