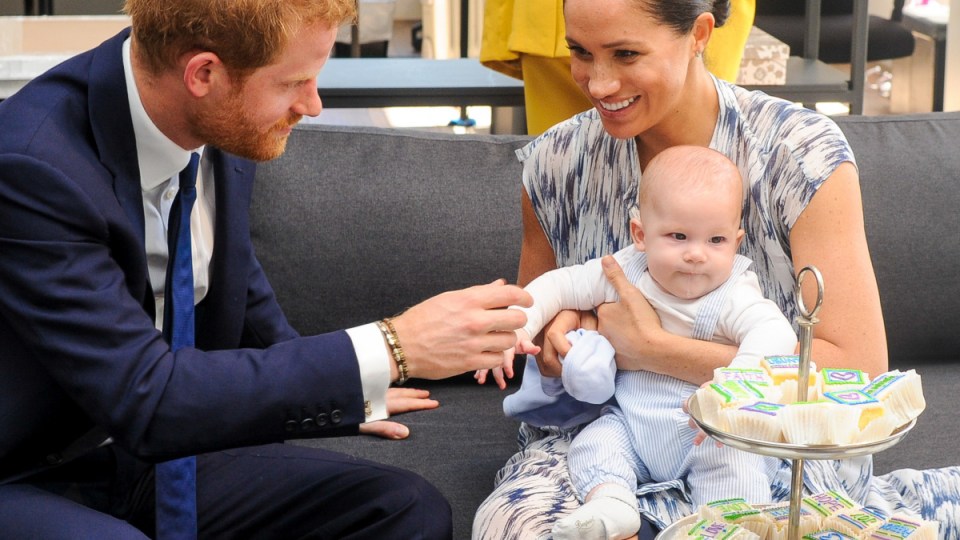 The young family have moved into the extravagant estate that sits on a hilltop in Beverly Hills. Photo: Getty

Prince Harry and Meghan Markle have reportedly been shacking up in Hollywood heavyweight Tyler Perry’s mega-mansion.

After a quick detour to Canada, the Sussexes swapped Buckingham Palace for Beverly Hills in March, and sources now say the pair have been living it up in Perry’s $US18 million ($AUD27.5 million) villa.

According to The Daily Mail’s report, the 22-acre property boasts 12 bedrooms and a lavish pool.

While the couple haven’t been seen in public with Perry, it is believed the arrangement was organised by none other than Oprah Winfrey.

Winfrey is said to be a close mutual friend to both parties.

Perry is well known for his portrayal of Madea, an older, vindictive African-American character on his show Tyler Perry’s House of Payne.

Since moving to LA, it appears the Sussexes have followed social distancing regulations and mostly stuck to the confines (or expanses) of their new pad, emerging only to deliver meals to the needy.

Harry and Meghan did, however, have plenty of time to celebrate baby Archie’s first birthday on Wednesday.

Baby Archie got lots of love from his royal relatives too, with William and Kate sharing a sweet image on their Kensington royals Instagram page.

The Queen and Prince Phillip also posted a pic of the birthday boy and mum Meghan.

“Happy Birthday to Archie Mountbatten-Windsor who is celebrating his 1st birthday today!”

“Archie is The Queen’s eighth great-grandchild.”

‪Happy Birthday to Archie Mountbatten-Windsor who is celebrating his 1st birthday today! 🎈🎉 . Archie is The Queen’s eighth great-grandchild. ‬

Elsewhere, Prince Andrew and ex-wife Sarah Ferguson have found themselves in a legal scrape in Switzerland.

Legal proceedings were launched against the pair, who purchased a chalet in the Verbier ski resort for 22 million Swiss francs ($AUD34.6 million).

The Prince and Ms Ferguson remain close after their 1992 split and bought the property together in 2014.

Swiss newspaper Le Temps claimed the couple were due to pay six million francs by December 31 2019, but since failing to do so have now incurred an extra two million francs in interest.

“We can confirm there is a dispute between the two parties in this matter,” a spokeswoman for the Duke of York said.

“The contractual details remain the subject of a confidentiality agreement and prevent further discussion.”

Prince Andrew stepped back from royal duties in 2019 after mounting criticism surrounding his friendship with billionaire pedophile and sex-trafficker Jeffery Epstein.

“I continue to unequivocally regret my ill-judged association with Jeffrey Epstein” he said in a statement.

The unlikely owner of Harry and Meghan’s LA mansion, and a fresh legal battle