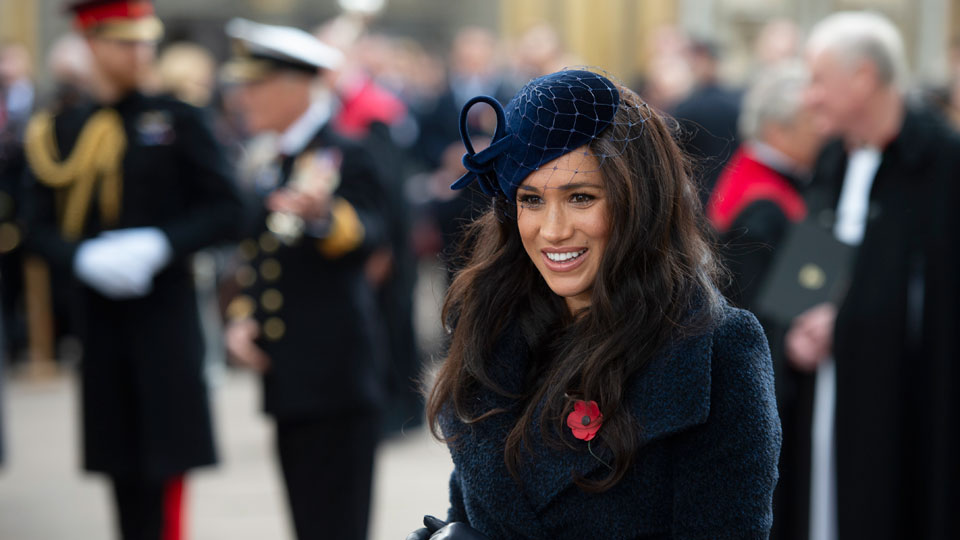 Meghan Markle (on November 7) has been blamed for the Sussexes' decision to spend Christmas with her mother. Photo: Getty

In a twist that will shock nobody, the British have reacted predictably to Meghan Markle and Prince Harry’s decision to ditch the traditional royal Christmas celebrations at Sandringham.

With tabloids including the Daily Express slamming the Sussexes’ move as “a snub” to the Queen, “callous” and “cold” Meghan and Harry were predictably piled on by social media critics.

The duke (“Hazbeen”) should reconsider, given his poor grandad is deep in his twilight years etc, insisted Twitter users. Not to mention what Diana – famously bored to tears by Sandringham – “would think”.

But Meghan was the real villain, with calls to “dump her at once”. Said the Express, “It can’t be about her.”

Can’t it? If I was still my school debating captain, the core of my argument would be the Brits can’t have it both ways.

They can’t loathe the Sussexes yet at the same time never want to let them out of sight.

If you want to keep her around, make her feel welcome.

It’s interesting and dispiriting that a country that has royally stuffed up the path of its own future is so judgmental about where a family eats its Christmas turkey.

What also gets my goat is the notion Meghan, a woman, is now owned by the family of Harry, a man, and that being with his family somehow trumps being with hers, small and ordinary though it may be.

Most people ‘share’ Christmas, spending one year with one partner’s family, the next with the other’s.

It’s hardly unusual for Meghan and Harry to do the same, especially when she rarely sees her mother and will want son Archie’s first Christmas to be about him.

Rather than be a knife to the heart for the Queen, the pair’s festive news came direct from Buckingham Palace.

Its wording was deliberate and its message clear: The monarch is on board. It has been done before. Nothing to see here people, so move on.

Towards the end of November, the Duke and Duchess of Sussex will stop official duties for “extended family time”, the palace said in a statement on Wednesday afternoon (UK time).

“Having spent the last two Christmases at Sandringham, Their Royal Highnesses will spend the holiday this year, as a new family, with the Duchess’ mother Doria Ragland.

“This decision is in line with precedent set previously by other members of the Royal Family, and has the support of Her Majesty The Queen.”

The precedent? The Queen’s other grandchildren including Zara Tindall and her brother Peter Phillips have celebrated with the in-laws because, 21st century.

Most importantly, Kate Middleton and Prince William chose in 2016 to spend Christmas with her family.

The Cambridges, with Prince George and Princess Charlotte, stepped out on Christmas Day in a perfect Pantone colour co-ordinated display for church near the Middleton home at Bucklebury.

And the very understanding Brits loved it.

Kate, not an American and not known for airing opinions, was lauded for her loyalty to her parents and for her terrific burgundy coat and glossy hair.

The palace didn’t say where Harry and Meghan will spend Christmas but a People source claimed it won’t be at Ms Ragland’s (relatively) modest Los Angeles home.

“The plans have not been finalised,” a source told Vanity Fair.

Harry has never before missed a Christmas with his family, so he’s long overdue to get out a bit more.

Meghan has done her time, spending the past two years trotting off to a church she’s only recently joined, sipping Dubonnet and opening the joke gifts the Windsors adore.

The “family time” for the Sussexes comes after Meghan – who is suing a UK tabloid – admitted in an interview that trying to adopt a “stiff upper lip” is “probably really damaging”.

She’s told Harry (“H”) “It’s not enough to just survive something. That’s not the point of life. You have got to thrive,” she said.

“You have got to feel happy.”

If that means wearing your paper hat next to your mother in a familiar place, you do you, Meghan.