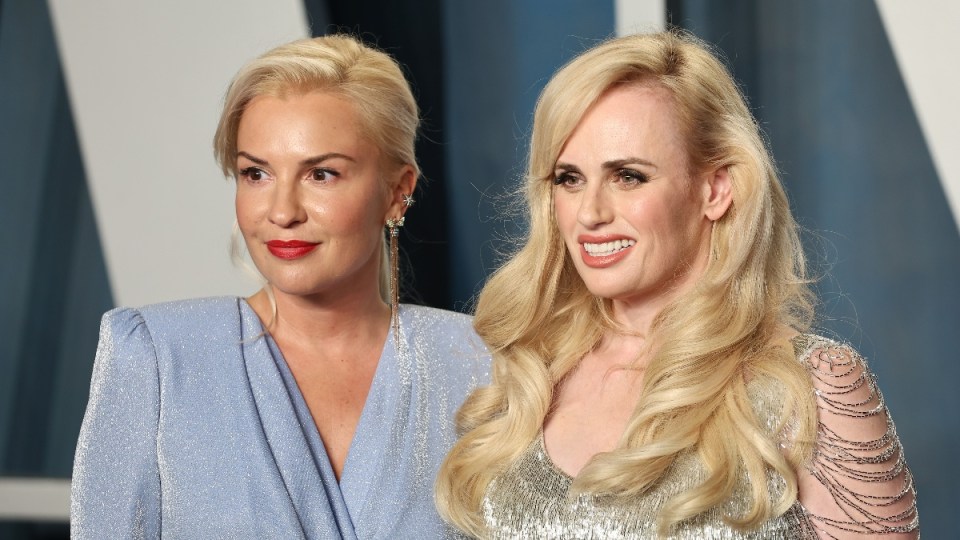 Although columnist Andrew Hornery said he did not intend to out Rebel Wilson, many accused him of doing exactly that. Photo: Getty

As the Sydney Morning Herald’s handling of Rebel Wilson’s coming out to the LGBTIQ community caused international outrage, a Nine Newspapers employee vented their frustration in an anonymous internal email.

SMH gossip columnist Andrew Hornery and the newspaper’s editor, Bevan Shields, have been the subject of online anger since it emerged that Wilson’s Instagram post on Friday to announce her same-sex relationship with Los Angeles designer Ramona Agruma may have been forced by the paper.

Wilson on Monday posted that it was a “hard situation” that she was trying to “handle with grace”.

And while Hornery issued an apology later on Monday, at least one of his colleagues was not appeased, reportedly sending an anonymous internal email in which they said the company’s “reputation is trashed”.

The email sent by a “Staff Reporter” and first reported by Crikey, cited the SMH‘s Wilson “outing” incident as the latest in a list of “disastrous” decisions.

Under the subject line “A note on our newsroom”, the message was sent to editorial staff across Nine’s Newspapers and began by tying the SMH’s handling of its attempt to break a story about Wilson’s same-sex relationship to editor Shields’ decision in February to wrongly label the NSW government’s transport shutdown a “strike”.

“In March, with the ‘strike’ fiasco, we were a national laughing stock – but now we’ve attracted international attention,” the email read.

Anger at the SMH initially stemmed from Hornery’s regular column on June 11 in which he said he had emailed Wilson’s representatives asking for confirmation of her relationship and giving the actor a 48-hour deadline to comment.

Hornery described emailing the actor’s team as a “big mistake”. Why? Because “Wilson opted to gazump the story” by posting about her partner on Instagram ahead of his deadline.

“[H]er choice to ignore our discreet, genuine and honest queries was, in our view, underwhelming,” the columnist wrote.

Bevan, meanwhile, published an explanation of the situation on Sunday, in which he rejected the claim that the SMH outed Wilson. He said Hornery simply asked questions and provided a deadline.

Then, on Monday, Hornery apologised for his part in the saga, writing that he “genuinely regret[s] that Rebel has found this hard. That was never my intention”.

“But I see she has handled it all with extraordinary grace. As a gay man I’m well aware of how deeply discrimination hurts. The last thing I would ever want to do is inflict that pain on someone else.”

Hornery admitted that SMH “mishandled steps” in its approach to Wilson.

“It is not the Herald’s business to ‘out’ people and that is not what we set out to do. But I understand why my email has been seen as a threat. The framing of it was a mistake,” he wrote.

The June 11 column was removed and replaced with Hornery’s apology.

The apology came too late for much of the backlash.

Although Hornery said he did not intend to out Wilson, many accused him of doing exactly that.

In a tweet directed at Shields on Monday, actress Magda Szubanski said “your paper has no god-given right to know anything about the private life of anyone”.

The Kath & Kim star – who came out as a lesbian in 2012 while voicing her support for marriage equality on The Project – said “the consequences of what is nothing more than a hissy fit over who gets to print gossip can have devastating effects”.

Ronan Keating, Irish music artist and television presenter, compared the SMH’s conduct to that of a British tabloid.

British comedian Matt Lucas, who starred opposite Wilson in Bridesmaids, tweeted: “I thought the press forcing people to out themselves, regardless of whether or not they were ready, was a thing of the past. I must have been mistaken.”

And News.com.au‘s entertainment editor Nick Bond wrote on Monday that it was “a breathtakingly entitled stance to take, claiming ownership over the reveal of another person’s sexuality”.

While Hornery’s apology was no doubt sincere, some, like activist Sally Rugg (former executive director of Change.org‘s Australian branch) said the saga struck a chord with people.

“I suspect @smh hopes this will all blow over soon, but the number of requests I’ve received for interviews or columns from domestic & international media suggests otherwise,” Rugg tweeted.

In a follow-up post directed at Shields, Rugg continued: “This is, of course, not a threat @BevanShields. Just a genuine, discreet and honest way of letting you know that these pieces are coming…”