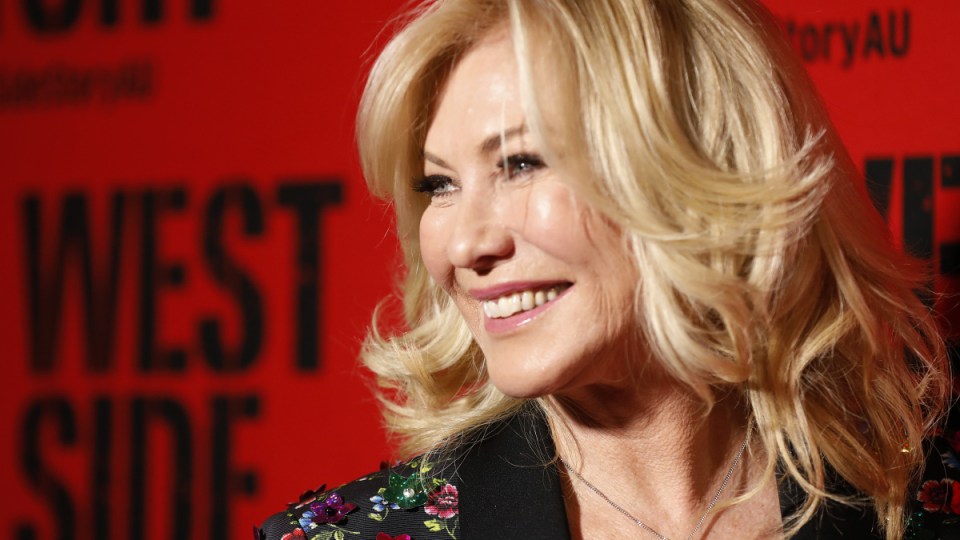 Kerri-Anne Kennerley at the opening night ot West Side Story at the Sydney Opera House on August 20. Photo: Getty

Kerri-Anne Kennerley is Australian showbiz royalty. She’s a member of the Logies Hall of Fame. She only needs one name.

She built up a personal brand decades before social media made it easy. She’s even been parodied by Gina Riley – the ultimate compliment.

At 66, Kerri-Anne is of the vintage where we should do nothing but love her and respect her for time served honourably in a competitive, cut-throat industry.

A three-time Gold Logie nominee, she has jumped networks and reinvented herself relentlessly.

But we’ve already got our allocated Pauline Hanson for this lifetime.

And while I’m still full of admiration for Kerri-Anne’s personal and professional survival, I’m starting to not like her any more.

I’m actually starting to really dislike her, which is hard to say of a woman who can belt out a show tune and interview a drunk John Stamos without turning a hair.

Worse, I’m starting to deeply suspect that beneath that well-heeled eastern suburbs matron exterior, Kerri-Anne is a lot like slob Kyle Sandilands and misogynist Alan Jones.

Thanks to her extraordinary comments about using climate change protesters as “speed bumps” to silence them, she should be thinking about a nice long break or at least be sent to HR for recalibrating.

I nearly forgot Studio 10 is a show where stars can advocate running over people while other regulars – you, Angela Bishop – nearly weep talking with The Bachelor reject Abbie Chatfield about online bullying.

Of course, I know Kerri-Anne, Sandilands and Jones are well paid to say what they think, to drop carefully crafted candid bombs into their rantings to get us all geed up about stuff.

Apparently we at home can’t have our own political thoughts – like, um, being worried about climate change – but anyone with a microphone has carte blanche to say what they like in the interests of free speech.

That’s another whole rabbit hole but meanwhile, back to Kerri-Anne, who has form at shock jock stunts.

She’s been dabbling since 2010, when she called women who keep company with footballers “strays” during a conversation about sexual assault charges against two AFL players.

Since then, she’s hit the dinosaur button hard, backing Sonia Kruger’s anti-Muslim rants and being investigated over claims made on Studio 10 this year about rapes in Indigenous communities.

Those comments saw her accused by Yumi Stynes of “sounding quite racist” and while ACMA cleared Ten of breaching standards, it agreed what Kerri-Anne said was problematic.

On Wednesday she wondered on TV if she’d get into trouble after imploring emergency service workers not to help climate change protesters if they were hanging off bridges.

“Personally, I would leave them all super glued to wherever they do it … you just put little witches hats around them, or use them as a speed bump,” she said, as colleague Joe Hildebrand cracked up.

The comment was, at best, insensitive, given feelings in Melbourne are still raw over the Bourke Street massacre which saw driver James Gargasoulas jailed for life on February.

“Put them in jail, forget to feed them. Some of the aged-care homes around Australia, that would really sort them out,” she said of how taxpayers concerned our country is cooking itself should be treated.

Wonder if the network would have backed its star if she’d advocated hitting women with a golf club if their way of protesting something didn’t align with hers?

Kerrie-Anne is no better than vicious Jones wanting a sock shoved down Jacinda Ardern’s throat. No better than ignorant Sandilands insulting Christians by saying Jesus’ mother was no virgin.

Cranking up the outrage is one thing if it’s for publicity only. But it seems much more as though Kerri-Anne is just losing it.

This time an apology shouldn’t cut it.

It’s time to catch the bouquet and exit stage left – before we see you less as a trailblazer, more as someone who has lost her way.