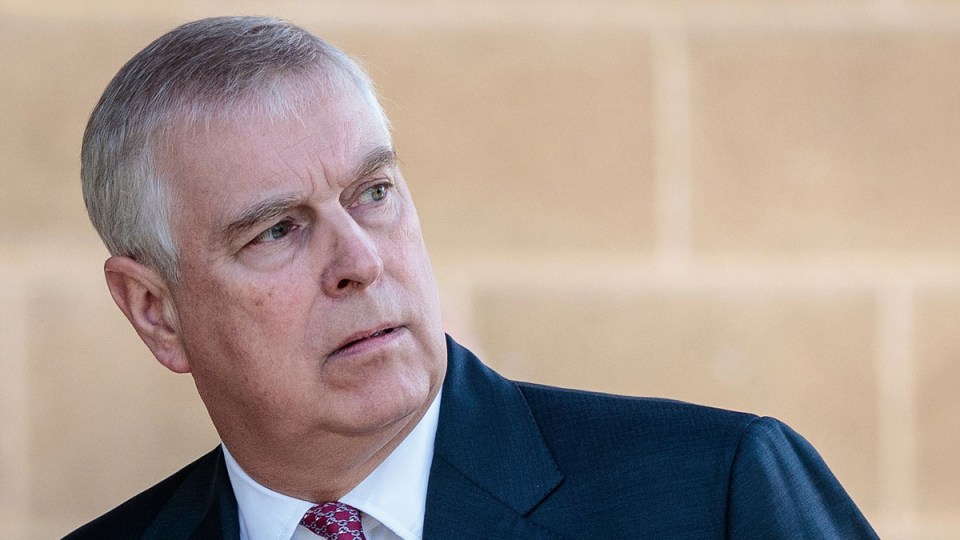 Prince Andrew has claimed a trip to see Jeffrey Epstein after he was convicted of child sex offences was to end contact with him. Photo: AAP

As the FBI ramps up its investigation into his links to Jeffrey Epstein, Prince Andrew has claimed a controversial trip to see the billionaire after he was convicted of child sex offences was to break up with him.

Andrew has told his circle he went to New York in December 2010 to tell Epstein they could no longer have contact, according to The Sunday Times.

Sources have also implied the prince was an unwitting victim of Epstein in the sense he was used by him as a “trophy friend”.

Andrew was photographed during the visit walking with Epstein in a park. He was also caught on video farewelling a female guest from the businessman’s $108 million mansion one morning.

It was claimed in August the woman is Katherine Keating, daughter of former Australian prime minister Paul Keating.

His camp has also made a bizarre claim about an infamous photo of the Duke of York with his arm around Epstein ‘sex slave’ Virginia Roberts Giuffre.

She has alleged she was 17 when ordered to have sex with the royal in London, New York and on Epstein’s atoll in the US Virgin Islands, which was dubbed ‘pedophile island’ by locals because of the constant stream of young women flown in.

“Ghislaine said, ‘He’s coming back to the house. And I want you to do for him (Prince Andrew) what you do for Epstein.’” Virginia Roberts Giuffre shares details about her previous encounter with Prince Andrew at Ghislaine Maxwell’s London townhome. pic.twitter.com/IZVYaIfdTt

The duke visited the atoll on several occasions, according to The Times.

He has strenuously denied any “impropriety with underage minors” and “sexual contact or relationship with Virginia Roberts”.

While the FBI reportedly believes the photograph of Andrew with Ms Giuffre Roberts – who is now married and living in Australia – is authentic, friends of the duke have cast doubt on its authenticity.

“Prince Andrew does not recognise the photo. And the more you look at it, the odder it gets. The arm around the waist looks weird. It’s a very long arm,” a source told The Times.

“Look at his fingers in the photo. The duke has quite chubby fingers. The ones in the photo just don’t look right.

“The royal family all have chubby fingers. It is a family trait.”

The new revelations come after the Duke of York, 59, has twice denied he knew anything about Epstein’s illegal activities with underage girls, despite being a guest once or twice a year at the pedophile’s houses around the world.

Publicly chastened for months over his ties with Epstein, the Queen’s third child refused to speak to media in Australia last week during a business trip.

He was more social during the 2010 visit to New York, where he bunked in with Epstein at his Manhattan mansion not long after the disgraced financier was freed after 18 months in jail for child prostitution crimes.

Andrew was feted at an intimate dinner at the house, where the FBI reportedly later found thousands of explicit photos and a safe filled with CDs labelled ‘nude girls’.

Guests at the dinner included Woody Allen, Chelsea Handler and TV host Katie Couric, but the prince’s circle now says the purpose of the festivities was misunderstood.

“The duke has been hammered for one mistake,” a source told The Times.

“He has apologised again and again for the error of judgment. But what he did wasn’t criminal. He went to see a friend to tell them he couldn’t be their friend any more.”

Before Epstein killed himself in a New York jail cell on August 10 while awaiting trial on fresh charges, Andrew declined to criticise him.

He now “accepts his friend was an ‘undercover’ pedophile similar to Jimmy Savile, the BBC television star who raped and sexually assaulted hundreds of victims”, according to The Times.

“Every example of anyone behaving like Epstein, who has later been discovered, has actually been very good at keeping their cover,” a source said.

“That’s the sadness of being someone like the duke. You sometimes don’t see the real person because you are a bit of a trophy friend.”

Sources at the US justice department have said Andrew’s royal status won’t protect him during the FBI’s expanded investigation, which could involve up to 100 alleged Epstein victims.