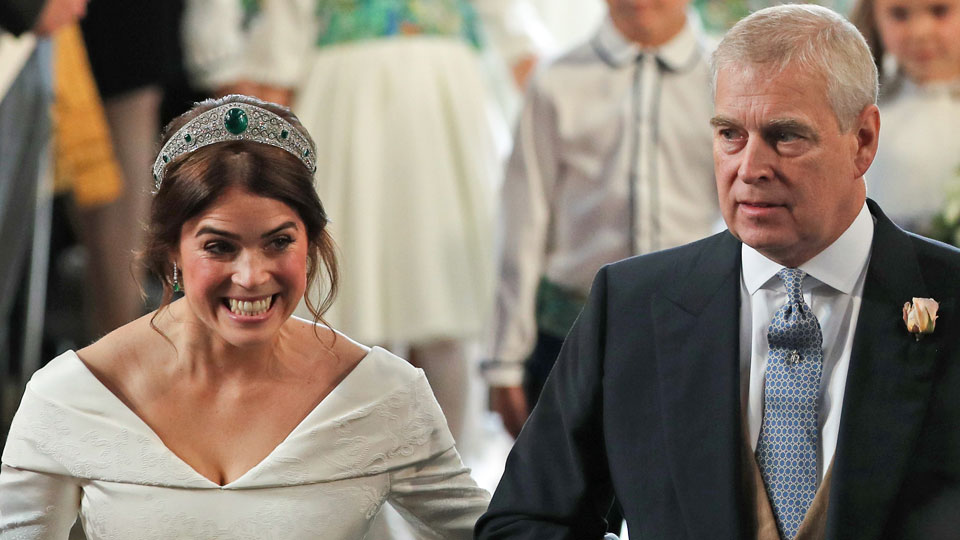 Amid calls for Prince Andrew to face questions over convicted pedophile Jeffrey Epstein, Paul Keating’s daughter Katherine Keating is the latest celebrity to be caught up in fallout from the late financier’s sex scandal.

Two weeks after Epstein, 66, hanged himself in his jail cell while awaiting trial on underage sex charges, a twist saw Ms Keating linked to him via the Duke of York.

The “profligate, entitled and foolish” Andrew is “starting to s–t himself” over renewed attention in the wake of his former associate Epstein’s death, according to UK newspaper The Sun.

Lawyers for some of Epstein’s accusers have said Andrew should help alleged victims by giving sworn testimony on “everything he knows”.

As reported by Variety in 2011, a former staff member at Epstein’s Palm Beach mansion said in sworn testimony the senior royal was a guest at naked pool parties at the property.

Juan Alessi alleged the prince enjoyed daily massages by “a harem of adolescent girls” and stayed for weeks at a time.

The prince has strongly denied all claims, with a Buckingham Palace spokesperson saying “any suggestion of impropriety with underage minors is categorically untrue”.

Andrew is believed to be holidaying in Spain with ex-wife Sarah Ferguson and their daughters Beatrice and Eugenie after decamping from royal Scottish residence Balmoral late last week.

Over the weekend, footage emerged on the Mail on Sunday showing Andrew, 59, peering from a semi-closed door and waving goodbye to a young woman leaving Epstein’s $113 million Manhattan property.

On Tuesday, multiple media reports claimed the woman has a close resemblance to Ms Keating, 37.

Ms Keating did not immediately respond to requests for comment.

There is no suggestion she knew of or was involved in Epstein’s illegal activities.

Four years later she wrote a glowing 2014 profile for The Huffington Post’s website about the “passionate” philanthropy of Epstein’s alleged ‘madam’ Ghislaine Maxwell.

Ms Maxwell introduced Andrew to Epstein in the 1990s.

The trio visited Balmoral for a pheasant shoot in 2000, but the British socialite has denied any knowledge of or involvement in his alleged crimes.

The Daily Mail claimed the unverified short video was shot on December 6, 2010, around the time Prince Andrew was snapped strolling with Epstein in New York’s Central Park.

In 2010, Epstein had been released from prison after 13 months behind bars as part of a 2008 plea bargain on prostitution charges.

He was arrested again on sex trafficking charges in July.

The Duke of York responded to the clip on Monday in a statement that said he is “appalled” by sex abuse claims against Epstein.

“His Royal Highness deplores the exploitation of any human being and the suggestion he would condone, participate in or encourage any such behaviour is abhorrent,” the statement said.

Last month Buckingham Palace acknowledged in a statement to CNN it was “unwise” for Andrew to have met Epstein in New York in 2010 but had not met with him since.

The duke’s words “give the impression” he will “do his part to ensure the victims of Jeffrey Epstein’s crimes are able to get answers and justice,” US lawyer Brad Edwards told The Guardian.

“I would like to personally help him provide these victims his assistance.”

Mr Edward represents Virginia Roberts Giuffre, an Epstein accuser who alleged in 2014 she was forced by Epstein to have sex twice with the duke when she was 17.

Ms Giuffre appeared with the prince in a now-infamous photo where he has his arm around her.

This month Andrew was named in court papers in Florida that alleged he groped a second young woman at Epstein’s New York home.

Buckingham Palace has repeatedly called the allegations “categorically untrue” and “false and without foundation”.

Despite Epstein’s death the FBI is still investigating his alleged abuses, leading to speculation his former friends and associates could be prosecuted.