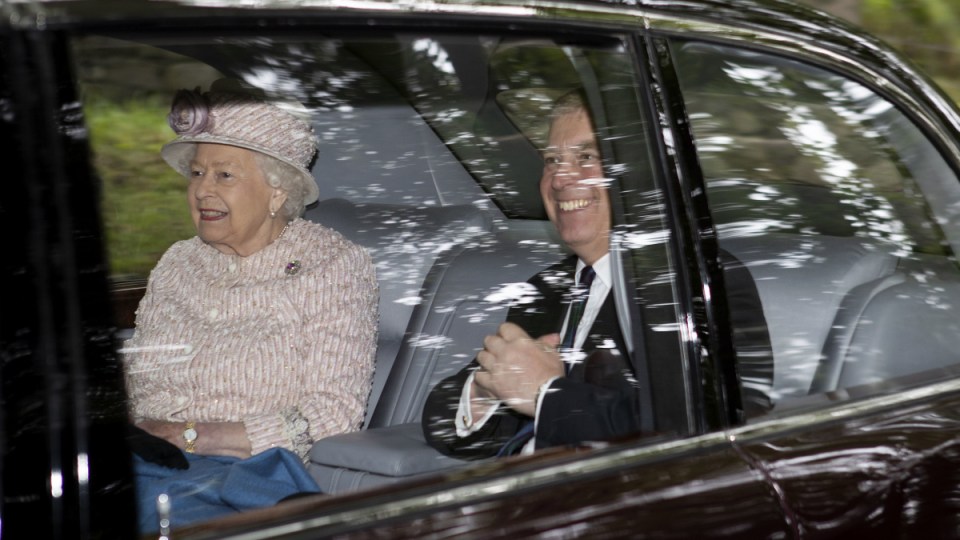 Prince Andrew heads to church in Scotland with his mother, the Queen, on August 11. Photo: AAP

Prince Andrew has spoke out for the first time over the Jeffrey Epstein sex abuse scandal, saying he is “appalled” by the allegations.

Buckingham Palace released a statement on behalf of the  Queen’s second son after footage emerged at the weekend of the 59-year-old royal staying in the disgraced financier’s nine-storey Manhattan mansion in 2010.

In a statement to Britain’s Daily Telegraph, a palace spokesman said: “The Duke of York has been appalled by the recent reports of Jeffrey Epstein’s alleged crimes. His Royal Highness deplores the exploitation of any human being and the suggestion he would condone, participate in or encourage any such behaviour is abhorrent.”

Prince Andrew appeared at church in Balmoral alongside the Queen a week ago. But he was not there this Sunday, and is said to be holidaying in Spain with his ex-wife, Sarah Ferguson.

Epstein, 66, a disgraced US financier who was awaiting sentence on charges of sexually abusing young girls, was found dead in his cell at the Metropolitan Correctional Centre in New York City on August 10. Despite a rash of conspiracy theories, his death has been ruled a suicide.

He had pleaded not guilty to sex-trafficking charges and had been denied bail. Epstein, who was awaiting a 2020 trial, faced up to  45 years behind bars.

Sunday’s statement from Buckingham Palace followed the release of a video showing Prince Andrew peering out from behind the door of Epstein’s $113 million Manhattan mansion, waving goodbye to a dark-haired woman.

Less than an hour earlier, Epstein had been seen leaving the same house with a young blonde woman.

The footage is from December 2010, when the Duke, then Britain’s Special Representative for Trade, stayed with Epstein in his New York home. Epstein had been convicted of sex with a child and placed on the sex offender register only two years earlier.

Prince Andrew had previously conceded an “error of judgment’ after pictures emerged from the same trip of the pair in Central Park.

Buckingham Palace recently repeated its “emphatic denial” of allegations against the Duke made by Virginia Roberts, one of Epstein’s victims.

A spokesman said: “This relates to proceedings in the United States, to which the Duke of York is not a party. Any suggestion of impropriety with under-age minors is categorically untrue.

“It is emphatically denied that the Duke of York had any form of sexual contact or relationship with Virginia Roberts.”

Ms Roberts, who now lives in Australia, claimed in a 2016 deposition in court filings that Epstein, 66, and his ex-girlfriend Ghislaine Maxwell, 57, had groomed her to become a “sex slave” for him and his circle of cohorts, when she was just 16.

She alleged in the deposition that she had been directed to have sex with Prince Andrew in three locations – in Ms Maxwell’s London apartment, in New York and at Epstein’s private island, Little St James, in the US Virgin Islands.

Epstein’s death came hours after the release of 2000 pages of court documents, part of a related lawsuit, that – for the first time – revealed the names of the men who Ms Roberts she was forced to have sex with, as well as new details about Epstein’s relationships with Prince Andrew, Bill Clinton and Mr Trump.