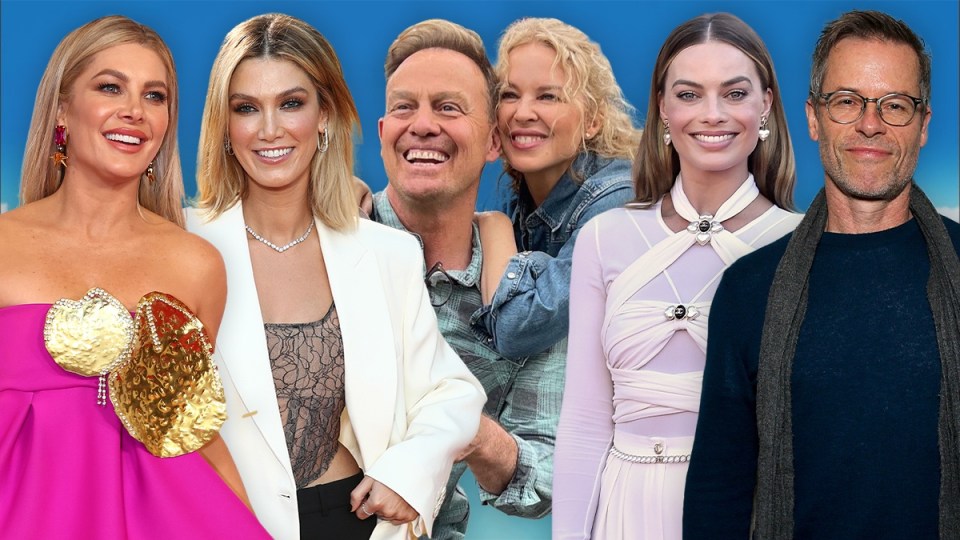 A total of 49 Neighbours alumni, including some who achieved international fame, appear in the finale on Thursday night. Photo: TND

These stars were all once regulars on the nightly Australian soap series that was Neighbours.

And now, after 37 years, they’ll be returning to Ramsay Street to play some significant scripted part in the show that kickstarted their careers, not to mention those of countless other writers, directors, camera crews, set designers and wardrobe staff.

As FM radio stations, television breakfast shows, weekly tabloid magazines and even Ten’s Have You Been Paying Attention? make their own highlights reels and reminisce – think births, deaths, marriages, explosions and cars going off cliffs – it’s all going to come down to what happens on Thursday at 7.30pm on the Ten Network.

What we do know is that, all up, the final number of returning cast is a whopping 49 Neighbours alumni, including our internationals.

The trailer gives us little bits: “Does she still love me?; “I need a reason to come back”; “I want Isabelle out of our lives” and “there’s lots of old faces floating about”.

This tear-jerker will have everyone grabbing the tissues: “We might be leaving the street … but we will always be in each other’s lives.”

We see a family standing in front of a ‘For Sale’ sign in Ramsay Street, Minogue and Donovan (Scott and Charlene) arm in arm, Nat Bass (Izzy) in a hair towel and white bathrobe, and several friendly hugs with neighbours in lounge rooms.

“We are beyond excited and feel very humbled that so many of the show’s favourite characters throughout the decades are here with us celebrating, and there are more surprises to come on the final night,” executive producer Jason Herbison said.

The program first aired in 1985 and followed the lives of those living and working in the fictional Melbourne suburb of Erinsborough.

It was cancelled earlier this year after the UK’s Channel 5 announced it would drop the Australian soap from its line-up.

So let’s have fun and see what’s in store for our biggest stars.

Remembered fondly by fans as the loveable Donna Freedman, in 2010 the actor and producer featured in one of the show’s most memorable weddings to Sam Clark’s Ringo Brown, to mark the series’ 6000th episode.

During her three years on the show, she was nominated for two Logie Awards.

Robbie, 32, who moved to Hollywood, trailblazed her way to superstar status after being cast alongside Leonardo DiCaprio in the 2013 blockbuster Wolf of Wall Street and Will Smith in 2015’s heist comedy drama Focus.

A string of hits followed, including Suicide Squad, I,Tonya, Bombshell and Quentin Tarantino’s Once Upon a Time … in Hollywood.

‘‘Fast-forward 2903 episodes, and Margot Robbie will return in a small cameo role in the final episode,’’ is all Ten will tell us, although word is a Zoom appearance is on the cards.

Delta Goodrem arrived on Ramsay Street in 2002 as the shy student, Nina Tucker, and went on to become one of the country’s most successful singer/songwriters, not to mention TV judge on The Voice Australia.

Innocent Eyes was among the highest-selling debut albums in Australian music history, which she released while on Neighbours.

She went on to release multiple albums, and even made a return to TV in 2017 with House Husbands, followed by her lead role playing Olivia Newton-John in the biopic Olivia Newton-John: Hopelessly Devoted to You in 2018.

Goodrem has been opening for American group Backstreet Boys across the US, having already done 25 shows already. Her last is this Saturday.

She took to Twitter saying she won’t be in Australia to watch the finale and it’s still under wraps as to how she’ll appear.

Minogue, 54, turned up as a schoolgirl turned car mechanic called Charlene on the set in 1986.

She fell in love with Scott Robinson played by Jason Donovan.

Their 1987 wedding attracted a worldwide audience of 20 million and she became the first person to win four Logies in one year, and was the youngest recipient of the Gold Logie as the country’s Most Popular Television Performer.

She left the show soon afterwards and launched her singing career with pop hit Locomotion.

She moved to London and set up a base, where she went on to become Australia’s highest-selling artist of all time.

In 2019, Entertainment Weekly wrote: ‘‘With over 80 million records sold worldwide, a panache for fabulous fashion, and her unequivocal disco-pop sound, Minogue has established herself as a timeless icon.’’

Minogue and Donovan secretly returned to the set in June to film the finale, where they released photos of themselves in costume, leaning against their mini in Ramsay Street, arm in arm.

Pearce, 54, happily gave away on-set moments with his old co-stars, posting on Twitter how great it was to be back ‘‘with the gang’’.

He played Mike Young from 1985 to 1989, and went on to star in The Adventures of Priscilla, Queen of the Desert, L.A. Confidential and Memento before returning to familiar territory in 2012 playing the lead role in Jack Irish.

Bigger roles came with Iron Man 3 and more recently alongside Kate Winslet in Mare of Easttown.

Pearce is in the final three Neighbours episodes, telling UK’s Metro on July 17: ‘‘It is very exciting and surreal at the same time being back on set again, however it feels like coming home.

‘‘It’s where it all started for me professionally.’’

It was her first full-time acting gig, and after leaving, she forged a solid music career, was in a band Rogue Traders, performed on stage and in reality TV shows including I’m A Celebrity, Get Me Out Of Here! and as a judge on X-Factor Australia.

She was in a documentary special celebrating the show’s 30th anniversary titled Neighbours 30th: The Stars Reunite, and reprised her role for a guest appearance in 2018.

Can someone pass the tissues?: Hearts are breaking the world over as Neighbours finale airs