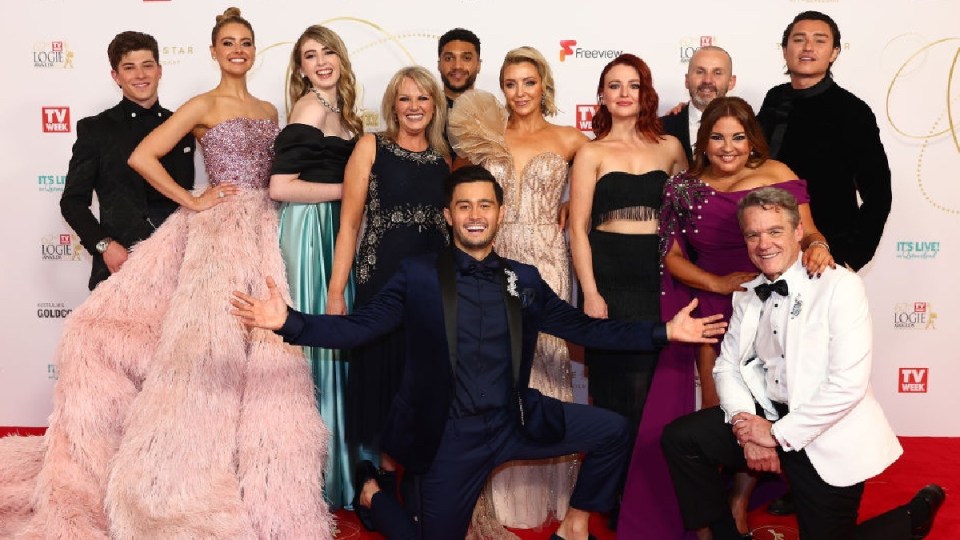 Australia’s longest-running television drama, Neighbours, is the latest casualty in the global flux of television cultures.

The death of this iconic show warrants a health check for the Australian TV industry.

Neighbours first aired in 1985 and its final episode will hit our screens this week.

The final broadcast marks the end of a show recognised for launching the acting careers of some of Australia’s most internationally renowned stars, including Kylie Minogue, Liam Hemsworth and Margot Robbie.

What is less well known is that for 37 years Neighbours has provided a key training ground for a range of screen professions.

The end of this much-loved series raises serious concerns about the career pathways available to Australia’s emerging screen professionals, who need opportunities to hone their craft working within experienced teams.

Long-running series are not the only talent pipeline, but the loss of Neighbours removes a significant access point to that often elusive first screen credit.

The closure of this door is caused by huge upheavals in television industries worldwide, largely due to the proliferation of streaming services.

Streaming services, such as Netflix and Stan, have irrevocably changed the way Australians watch television. As a result, certain television genres have found themselves on the chopping block.

Neighbours’ star Stefan Dennis – who played the delightfully nefarious Paul Robinson – has shared his concerns that serial format drama has not found a place in the streaming era:

I would have loved Neighbours to set another trend and be the first recognised commercial soap to make the switch to a streaming channel, sadly there were no takers. My concern is that if a soap does not soon make that transition, we will start to see the demise of these beloved programs around the world.

Australian television is on the edge of a talent shortage. An ever smaller pool of experienced television creatives, producers and crew are being stretched across more, shorter-run projects.

Streaming services influence the format of the type of television content commissioned.

Streamers tend to preference shorter-run series, which are better suited to experienced industry writers. Emerging television professionals now face questions about whether they have the experience to meet the demands of a shorter-run commission.

The growing trend of shorter-run commissions also affects other production and crew roles. There are more projects running concurrently, creating a bottleneck for producers to get experienced talent that can meet their demand.

Screen Producers Australia identifies crew shortages as a major challenge for their members. Its report includes an extensive list of roles where experienced practitioners are in demand.

After television began broadcasting in Australia in 1956, our television industry developed in the shadow of established international markets, particularly the UK and US.

Throughout the decades, distinctly Australian television has maintained a presence on our screens through purposeful government policy frameworks. These include regulation (clear obligations for television networks to screen locally produced content) and funding strategies (direct investment, subsidies and tax incentives).

However, the playing field has now changed due to the abundance of streaming services that provide content to millions of Australians.

Most major global streamers are US-based and exist outside our local content rules. Yet these streaming services are becoming increasingly dominant in the viewing habits and production ecosystems of our local industries.

Under these conditions, the local television industry and the policies that have previously protected it are under threat.

In 2021, high-profile actors lobbied the federal government for streaming services to spend 20 per cent of local revenue on new Australian content.

The government has since consulted on a proposed Streaming Services Reporting and Investment scheme.

The scheme would require annual reporting by streamers to encourage investment in and prominence of Australian content through their services.

In light of these changes, significant investment is needed to help more Australians get the skills they need for jobs in our billion-dollar television industry.

There are some successful initiatives in place. Australia’s national screen agency, Screen Australia, and the state and territory screen agencies include talent development as part of their work.

Talent Camp supports emerging talent from diverse backgrounds to get a start in the television industry. The SBS Emerging Writers’ Incubator also partners with the screen agencies to support development for under-represented writers.

We need to invert the language we use around inexperience and risk. Hire an emerging writer and I guarantee they will move mountains to deliver. I think we should aim to break in new writers on every show – an investment in the long-term sustainability of our industry.

While screening agencies, production companies and individual showrunners are taking on some of the talent development burden, more needs to be done.

New incentives would encourage productions to break new talent on every project, and to ensure pathways exist to get experience that helps meet industry demand.