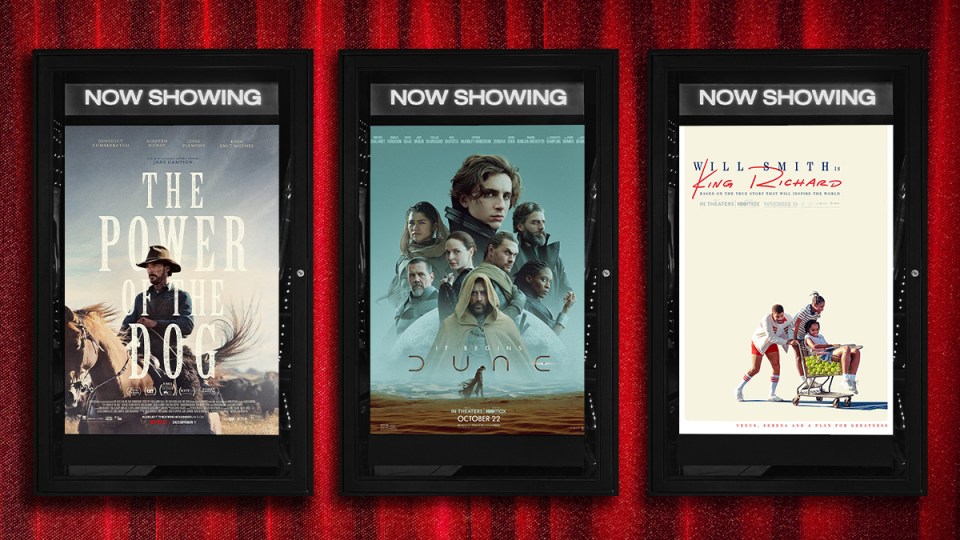 With the nominees announced, it's the perfect time to catch up on the Oscar hopefuls. Photo: TND

The stage is set and the nominees have been announced, but the 94th Academy Awards are still more than a month from now.

If you ask us, that’s the perfect amount of time to catch up on (or re-watch) the top nominees.

And in the age of streaming, some of the films nominated for Oscars are just a push of a button away.

Here’s where you can watch the nominees for Best Picture in 2022.

Power of The Dog

Jane Campion’s western has the most nominations this year, leading with 12 nods.

All of these actors are nominated for Oscars for their performances in the film.

His CODA co-star Marlee Matlin was the first deaf nominee and winner in 1986 for Children of a Lesser God.

Even so, it is nominated for four Oscars.

Despite its almighty cast, including Meryl Streep, Jennifer Lawrence, Leonardo DiCaprio and Cate Blanchett, the film attracted no nominations in the best acting categories.

Directed by Ryusuke Hamaguchi, this film traces the bond that forms between a widowed actor and the young woman who becomes his driver.

It’s based on the 2014 short story of the same name by Haruki Murakami, author of Norwegian Wood and 1Q84.

You can still catch it in cinemas.

Denis Villeneuve’s Dune, a feast for the eyes and ears, is in cinemas now.

The director was shockingly snubbed by the Oscars, but the film is nominated in a slew of other categories.

Hopefully, that cushions the blow.

The accomplished composer Hans Zimmer, who scored the film, was nominated for Best Original Score.

Nominated for Best Actor, Will Smith plays Richard Williams in this biopic about raising his daughters Venus and Serena to become the tennis champions they are known as today.

King Richard is available in cinemas.

This is the tale of Alana Kane (Alana Haim) and Gary Valentine (Cooper Hoffman) growing up, running around and falling in love in 1973.

Paul Thomas Anderson is nominated for a gong in directing and original screenplay, too.

The noir thriller, also nominated in the cinematography, costume and production design categories, is showing in cinemas.

Steven Spielberg’s West Side Story is in cinemas now, but it will also dance its way into our living rooms come March 2 on Disney+. The choice is yours.

The film earned seven nominations all up.

As the film’s producer, Spielberg has now produced 11 films nominated for Best Picture, a new record for the Oscars.

Best Picture aside, here is where you can watch some of the other prominent nominees:

For some family fun, Encanto, Luca and Raya and the Last Dragon are available on Disney+.

These films are nominated alongside The Mitchells vs the Machines (Netflix) and Flee (in cinemas February 17) in the category for Best Animated Feature Film.

The latter, a documentary drama, traces the extraordinary life of ‘Amin’ (a pseudonym to protect the subject’s identity) who recounts his escape from Afghanistan as a child refugee.

Flee is also up for Best Documentary and International Feature Film for Denmark.

The 94th Academy Awards ceremony is on March 27.

Oscars 2022: Here’s where you can watch the Best Picture nominees