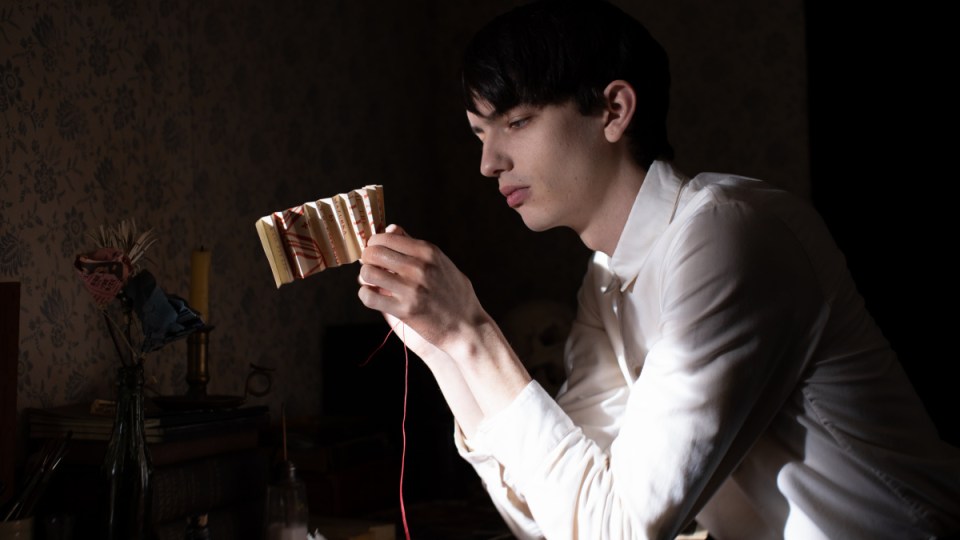 Kodi Smit-McPhee is nominated for best supporting actor for his performance in The Power of the Dog . Photo: Netflix

A week ago, Oscar nominee Kodi Smit-McPhee took us on a journey inside his life as an aspiring A-list Hollywood star.

It wasn’t downtown Los Angeles inside the foyer of the Beverley Hilton hotel.

It was on a first-class Qatar airlines flight to Jordan, where the 25-year-old Adelaide-born prodigy sipped champagne and ate lobster tails mile-high, before landing and being escorted to an opulent five-star Amman hotel.

His Indiana Jones trip only got better.

Escorted in a private 4WD convoy, he found himself weaving his way through the desert canyons and mountains of the ancient city of Petra and the grand Greco-Roman ruins of Jerash in the Hashemite Kingdom of Jordan.

His four-minute, classy, cut-to-vibey music post on Instagram goes only some way to explaining where The Power of the Dog‘s rising star is at.

In a candid interview with The New Daily from LA, Smit-McPhee revealed how it feels to still be seen as “up and coming”, what it was like working on the film (and his favourite scene), and his love of all things art, music … and cars.

‘A sense of striving’

“As an actor, as much as I find great satisfaction in every job I have the privilege of working on, there is always this sense of striving toward a magnum opus, some kind of sign that one has passed the threshold of being labelled ‘up and coming’,” he said.

“As much as I might still very much be that to many people – which I accept with humility – for myself it’s a huge honour to be recognised by the Academy and the many critics before it.

“It has fulfilled that kind of search for the next phase of my career which means it’s only another beginning which is so exciting.”

On February 8, Smit-McPhee was nominated in the best supporting actor category for his compelling, moody performance playing Peter in The Power of the Dog.

The intimate psycho-drama also stars Benedict Cumberbatch as Phil, Jesse Plemons and Kirsten Dunst, all of whom have also received nods for the Jane Campion directorial masterpiece.

Admitting he doesn’t like to talk on social media too much – he doesn’t say a word in his travelogue teaser – he took to Twitter on February 9 to say the nomination “served as a landmark achievement” for him.

“To look back at where I came from, to what I’ve been through to where I’m going, to be able to share that with my peers who I admire greatly has made it so much better.”

Smit-McPhee says he’s a student of his craft and the world, and “acts as a sponge” in how he observes people on and off screen.

“It was a privilege working with Benedict and the whole cast. Benedict and I had more elasticity and freedom to be ourselves around each other at the appropriate times as we knew the nature of our on-screen characters grew a certain bond, so we had a good time.”

Without giving too much away, there is a pivotal scene – the catwalk scene – in The Power Of The Dog which changes the trajectory of the film.

“The catwalk is my favourite scene as it shows the first time that Peter reveals he has a greater power to him than what we or Phil may have initially suspected.

“The first time he walks toward the tree everyone hoots and hollers at him … and yet when he chooses to walk back on the exact same line completely unbothered … everyone is silent, and they almost look stupid by the means of his sheer confidence.”

See-Saw Films producer Emile Sherman explains to some extent why it took so long for a child actor to become an adult star.

“His character [in the film] is an incredibly original, interesting character. While we cast the net wide and did a lot of tests, there were very few actors with Kodi’s presence that we looked at,” he tells The New Daily from his Sydney base.

“What he brought was something that transcended the script.

“When [director] Jane met him, she knew it was clear he both understood the character as written, as well as bring additional layers to it, and that is what excited her and all of us.”

Sherman had worked with Smit-McPhee twice before, and described him as a “really surprising, fascinating actor”.

“So much of the film hinges on that performance. We were very lucky to have Kodi give us everything he’s got, pulling out a career-best performance.”

It could be said Smit-McPhee has an old soul presence.

He’s been acting professionally since he was an eight-year-old, getting his Hollywood break alongside Viggo Mortensen in the thriller The Road.

In his most recent interview on January 15, Smit-McPhee told W Magazine his acting journey began when his father, Andy McPhee, then a professional wrestler, was asked to audition for a fast-food commercial and fell in love with the work.

“I was eight years old when I started acting. My father got me into acting. I didn’t even know how to describe it. It was extremely raw and organic. We were just in the driveway one day, working on a fence in our suburban area, and he asked me if I wanted to try acting just for fun.”

Sherman describes his slow-burn rise to fame as “amazing”.

“Like so many overnight successes, it’s based on years and years of hard work … he does know the craft of acting and he knew how to craft that character.”

In an interview with GQ in December, Smit-McPhee speaks about a chronic condition he was diagnosed with at the age of 16 – Ankylosing spondylitis, a degenerative arthritis that irreversibly affects the spine and joints.

For him, with influences coming from his “deep admiration and love for philosophy, mythology, the study of ancient civilisations, quantum physics and religion”, he says the love and support of family and friends over the years has helped him get to where he is today.

“My family and partner are super proud as they know how closely knit my career is to my personal life, and the adversity I have faced along the way.

“They were the ones to always lift me up and point me forward and I’m so glad they did because I’m more than ecstatic for where I find myself now.”

Smit-McPhee is also a car enthusiast.

His love for them preceded his passion for acting. He collected Hot Wheels as a child and waited patiently for the day he could get behind the wheel.

“Ever since I have it’s been something that brings me so much joy and freedom.

“I dislike being misunderstood or judged which is really just a constant lesson of acceptance in my line of work, especially the more the world gets to know my name.

“That is a dislike that I will eventually learn to relinquish.”

What’s next on the agenda for young Kodi? Playing Jimmie Rodgers in Baz Luhrmann’s Elvis biopic.

“That was a really fun gig.

“I got to apply one of my hobbies in a professional manner, which was very satisfying.

“To know I used to mess around with singing and guitar as a pastime and now it’s in a film.

“I absolutely loved working with Baz, he is a creative genius … and it was glorious to be initiated into his vision [and] his world.”

The 94th Oscars will be held on March 27 at the Dolby Theatre in Hollywood.