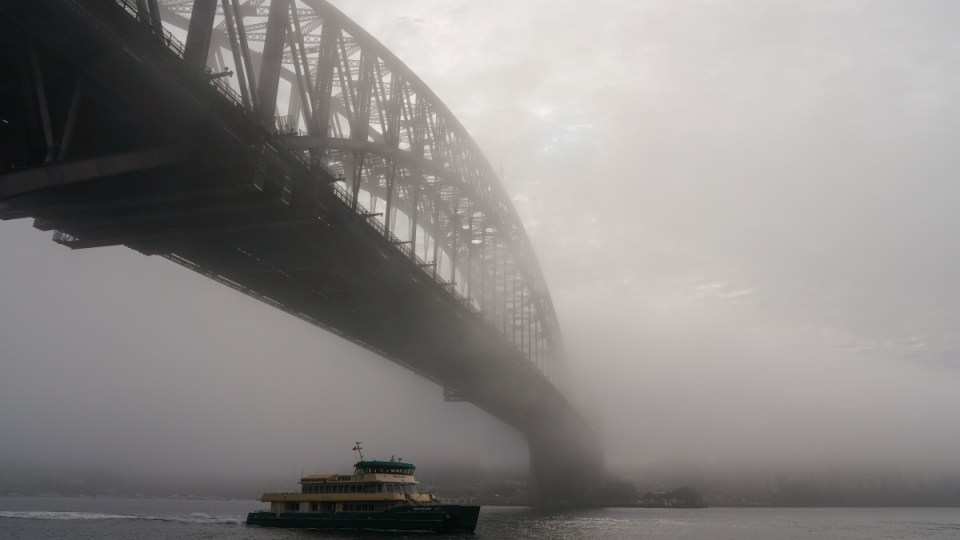 A thick blanket of fog is creating dangerous conditions for Sydney commuters, with ferry services cancelled and drivers told to slow down.

The heavy mist reduced visibility early on Friday, prompting the Bureau of Meteorology to issue a road weather alert for Sydney warning of unsafe conditions.

All ferry services were cancelled due to poor visibility, with passengers told to either delay trips or catch another form of transport.

Some services east of the Sydney Harbour Bridge were starting to resume just after 7am, the NSW Transport Management Centre said.

Ferries operating to the west of the Bridge were still not running, including the F3 Parramatta River, F4 Pyrmont Bay, F8 Cockatoo Island and F10 Blackwattle Bay.