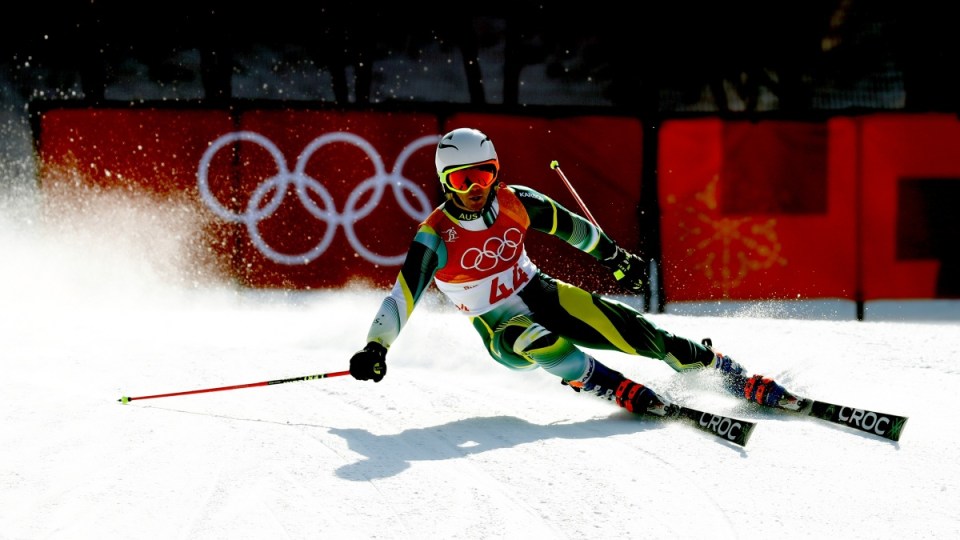 Winter sports are hardly ingrained in our way of life.

Australia is a country of hot summers and mild winters, of generally flat terrain and far more surf and sand than snow.

Let’s be honest, there’d be more than a few Aussies who have never been to the snow and there can’t be many who have dreamed of being a Winter Olympian.

But while it is true that these sports – and athletes – are not overly familiar to the Australian public, the Winter Olympics remain a premium sporting product.

And it is an event that continues to capture the attention and imagination of everyday Australians.

Just short of one million viewers tuned in to watch David Morris fall agonisingly short of the men’s aerials final on Sunday evening, giving the Seven Network almost 40 per cent of the audience share for the night.

A week ago, more than one million Aussies watched Britt Cox and Jakara Anthony in the final of the women’s moguls, while in the first three days of Pyeongchang 2018, close to one million people used Seven’s dedicated Olympics app.

And when flag bearer Scotty James competed in the men’s halfpipe event in the middle of the day last week, Australians tuned in via their mobile and digital devices in droves, generating a total of 2.6 million streaming minutes during that event alone.

To put those figures into context, the Big Bash League, considered a huge ratings success for Network Ten, averaged around 950,000 viewers this season.

Australia’s Twenty20 win over New Zealand (broadcast only on Fox Sports) on Friday evening attracted around 146,000 viewers, while AFLX and A-League matches broadcast in the past seven days drew ratings well below 100,000.

Why has the Winter Olympics been so successful?

Sure, it is no great revelation that Australians love sport.

We have our favourites, but the above numbers prove we will give anything a go, even if it is an event filled with athletes we don’t automatically recognise, competing in sports we know very little about.

You see, the Olympics plays on the increasing affection we have for sporting events – tournaments, series or carnivals that have a beginning and an end in a relatively short timeframe and feature the best athletes in the world.

Increasingly, we love the Australian Open more than the sport of tennis itself.

The Spring Carnival is horse racing’s premium event and while one-day international cricket continues to languish, the most recent ODI ‘event’ – the 2015 World Cup – was a smash hit.

Part of the reason we love sport events is because they give us a taste of sports we don’t necessarily play or watch on a daily or weekly basis.

They tend to leave us wanting more, rather than leaving us sick and tired.

And within the course of these events, we gravitate towards the stories of real life triumph and despair that fascinate us.

Part of the appeal of the Games is that an Olympian is not your average person.

They are unique, dedicated, masters of their craft with a heck of a story to tell.

Few of us are willing to dedicate our every waking moment to mastering a sport, much less one that’s so obscure in our country that many don’t know it even exists.

The popularity of the Pyeongchang Games – and the Winter Olympics – is underscored by just how many Australians are engaging with it.

As a nation, we have always eagerly watched on as our athletes have competed on the world stage, curious to know how we measure up.

Fairly or not, sport has often been used as a tool to measure our standing and worth in the world.

And then there’s our love of the underdog. We’re a nation in David’s corner, not Goliath’s.

And all of that makes the Winter Olympics particularly compelling to us.

After all, there’d be few better stories than an underdog from our dry, hot, flat country triumphing against the odds to win gold in the snow.

Winter Olympics 2018: Do we really care? These surprising numbers tell all