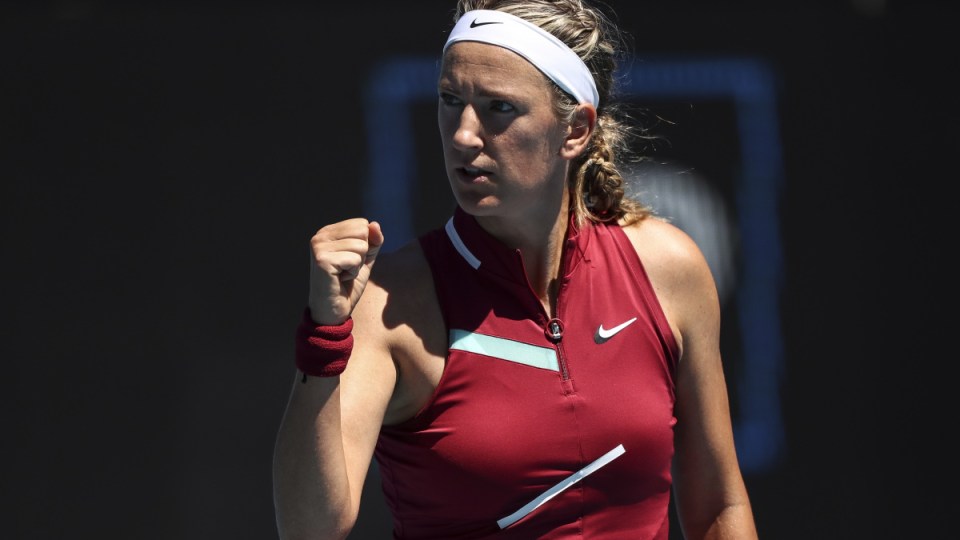 Two-time Australian Open champion Victoria Azarenka has blown through to the fourth round of the Australian Open, triumphing in a near-perfect game against 15th seed Elina Svitolina.

Azarenka, the 24th seed this year, looked at home at Rod Laver Arena, where she previously lifted the Daphne Akhurst Memorial Cup in 2012 and 2013.

The Belarusian dominated Svitolina in the first set in just 25 minutes, leaving her opponent without a game.

Svitolina, a former quarterfinalist at Melbourne Park, only claimed ten points in the first set – nine of those unforced errors by Azarenka.

Svitolina took some time to warm up to the challenge, building her defensive game in the second set.

Although managing to hold two service games in the second set, it simply wasn’t enough for Svitolina to maintain her spot in the tournament, with the Ukrainian rarely able to return the ball beyond the net.

“She’s a great defender, she’s a great competitor, so I had to try to get on top of her as much as possible and not let her breathe in a way.”

Perhaps Azarenka’s only error on court was when she paid tribute to Australian wheelchair tennis star Dylan Alcott – or as she said, Dylan Scott.

“I’d like to give a shout-out to Dylan Scott,” she said.

“He’s an amazing personality. What a story … he inspires me a lot.”

Azarenka encouraged the crowd to come and watch the wheelchair tournament, which kicks off Sunday.

“I hope you guys come and watch them, because these guys are better than we are,” she said.

She said Alcott was a “huge motivation” for her.

“He’s a legend to me … It’s not just about winning, but it’s the attitude he’s bringing.”

It’s the first time Azarenka has made it past the opening round since 2016.

She faces a potential clash with defending champion Naomi Osaka in the semi-finals. But first she’ll need to get past either fourth-seeded French Open champion Barbora Krejcikova or 26th seed Jelena Ostapenko on Sunday to book a berth in the quarter-finals for a fifth time.