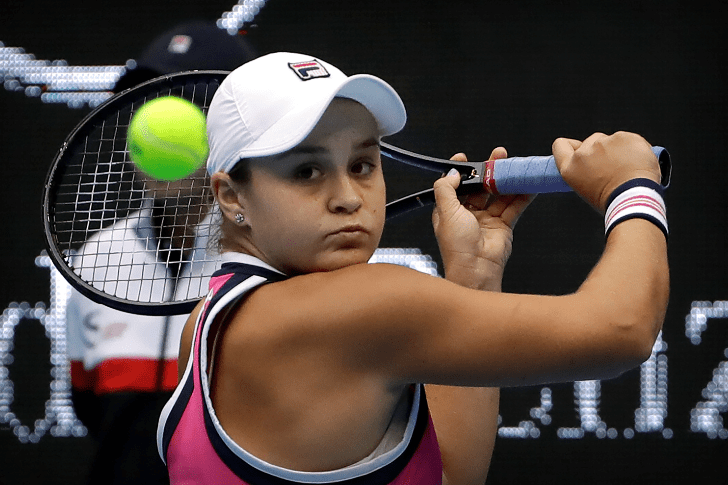 Ash Barty believes it’s advantage Australia before a ball is even hit in its Fed Cup final against France next month.

And not just because Australia has the home-court advantage for the November 9-10 tie at Perth’s RAC Arena.

Barty, Fed Cup stalwart and fellow grand slam champion Samantha Stosur and the newly-eligible Australian No.2 Ajla Tomljanovic will all be named in Alicia Molik’s final line-up on Monday.

Barty, unbeaten in six singles and doubles rubbers for her country this year, believes the fact that both she and Stosur are contesting this week’s WTA Finals in Shenzhen gives Australia another edge over France.

“I know some of the French girls in particular wouldn’t have played for two or three weeks (before the final).

“Obviously they’re experienced enough to deal with that, but it’s definitely nicer to be playing matches and competing right up until you have to.”

Molik faces somewhat of a selection conundrum choosing between the vastly experienced Stosur, who boasts the most singles wins for Australia in Fed Cup history, and Cup rookie but higher-ranked Tomljanovic as her second singles player behind Barty.

Barty said it’s a good problem for Australia’s captain to have.

“In the last two ties, we’ve shown that it’s taken a team effort,” the world No.1 said.

“The beauty of what Alicia has created is we’ve got depth in our team. We’ve got belief in every single player and it doesn’t matter who gets the wins on the board.

It’s about coming together and trying to figure out a way how team Australia can win the tie.

“So that’s the exciting thing; knowing that we can name four or five girls to try and get the job done.”

Kristina Mladenovic, who qualified for the doubles in Shenzhen, is the only Frenchwoman contesting this week’s season-ending championships.

She’s also the only Frenchwoman to have conquered Barty in the past two years, having beaten Australia’s spearhead in straight sets in Rome just three weeks before Barty won the French Open.

That victory has given the world No.39 confidence she can upset Barty again if, as expected as the French No.1, she’s called up in Perth, where Mladenovic also won the Hopman Cup two years ago with Richard Gasquet.

Barty, though, is hell-bent on helping Australia claim the trophy for the first time in 45 years, conceding she had one eye on the Fed Cup this week and the other on the WTA Finals.

“In the back of my mind, there’s a Fed Cup final that I’m really looking forward to,” she said.

“It’s been a great year and I’m hoping to finish really well in these next two weeks.”