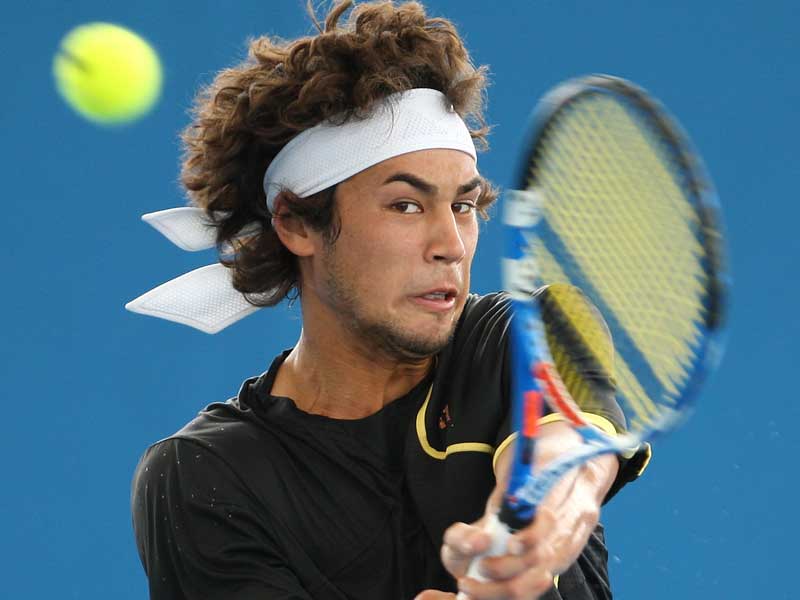 Lindahl has been hit with a hefty fine and ban from the game after being found guilty. Photo: Getty

A former top-200 tennis player charged over an alleged match-fixing scheme told a friend he’d admitted to throwing matches before “because that’s what tennis players do when they can’t play their best”, a Sydney court has heard.

Nick Lukas Lindahl, 27, faced Burwood Local Court on Monday and pleaded guilty via his lawyer to a corrupt betting charge.

It’s alleged he told friends he was planning to “tank” – deliberately lose – a tennis match in regional Queensland in September 2013.

That inside information prompted a flurry of bets that SportingBet considered so suspicious for a minor match that it suspended betting, the court heard.

Days earlier, Prosecutor Kate Young said, Lindahl had suggested via a third party that his opponent in the match – an unranked junior tennis player – could pay him to throw the match, but the junior declined the offer because he believed he could win in his own right.

Nine months later, prosecutors allege, Lindahl called one of the men who’d put money on the match and told him: “Just get rid of everything”.

By that stage, Lindahl had been interviewed by police and Tennis Integrity Unit investigators, and prosecutors allege he was encouraging Matthew Fox – who had placed bets on the Toowoomba Futures Six tournament that would have netted him about $3800 – to dispose of computer data and a mobile phone app.

Sergeant Young told the court the pair were overheard on a tapped phone call in June 2014 in which Lindahl urged Fox to “hide it all”.

“Mr Lindahl states in the telephone intercept … that he had told police that he had tanked matches before, because that’s what tennis players do when they can’t play their best,” Sergeant Young said.

But Lindahl’s lawyer has argued he should be found not guilty on a charge of concealing conduct that corrupts a betting outcome of events, because so much time had passed between the 2013 match and the tapped phone call.

Fox and another man charged over the alleged scheme have already been dealt with by the courts.

Magistrate Michelle Goodwin will hand down her decision and sentence in April.