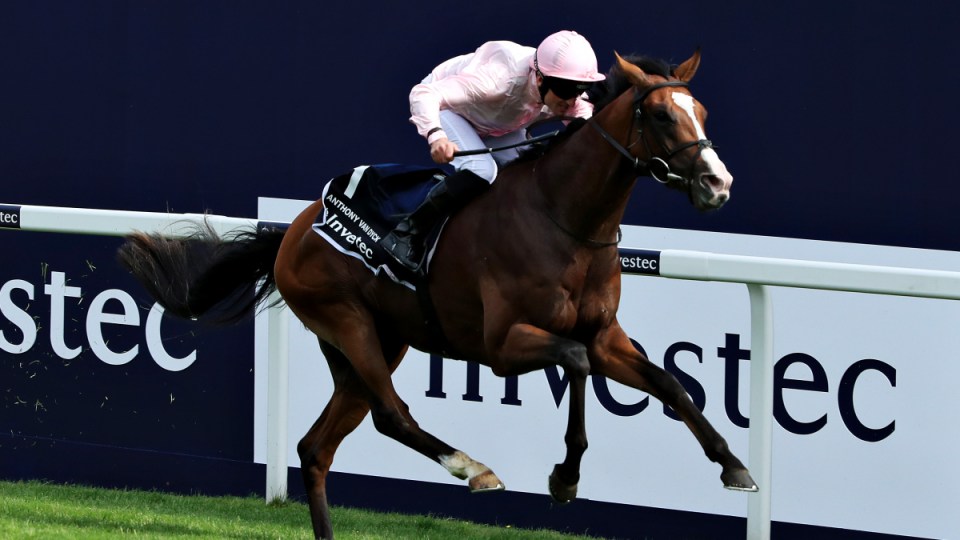 Racehorse Anthony Van Dyck had to be put down. Photo: Getty

There are growing calls for an investigation into the death of high-profile Melbourne Cup runner Anthony Van Dyck, who had to be euthanised after failing to finish the race.

Animal welfare groups are calling for a probe into the fate of the 2019 English Derby winner, rated one of the best horses sent to Australia for the spring campaign, but injured in the final few hundred metres of Tuesday’s race.

Racing Victoria said the horse had to be “humanely euthanised after sustaining a fractured fetlock”.

The horse was loaded into an ambulance before being put down.

The five-year-old stallion is the seventh Melbourne Cup death in as many years, prompting calls for an investigation from the RSPCA.

“As far as I know, all the horses who have died are international. So it does really beg the question, what’s going on there?” RSPCA Victoria chief executive Liz Walker told ABC radio on Wednesday.

“There were some changes made following a fatality in 2018 to track and to compliance and check-in with regard to international horses coming in. It doesn’t look like that’s worked. There’s more to be done.”

Anthony Van Dyck, who had placed second in the Caulfield Cup a fortnight ago, was carrying 58.5 kilograms.

The horse was ridden by jockey Hugh Bowman, who was uninjured in the incident.

Greens Senator Mehreen Faruqi said it was “time to recognise that horse racing is completely incompatible with animal welfare”.

“This is the brutal reality of horse racing. Anthony Van Dyck’s death is a tragic but hardly unforeseeable outcome,” she said.

“Killing horses for entertainment is barbaric. There is no place for commercial horse racing in our society.

“Horse racing and gambling is a toxic mix of death and misery for animals. There are no winners.”

Animal rights group PETA called for an “immediate investigation” into the death and an end to the racing industry.

“How many more deaths will it take before we call time on this disgraceful demonstration of national senselessness?” it asked.

“Almost every year, a horse breaks down and is killed,” he said in a statement on Tuesday.

“While the scenes today were confronting, nobody should be surprised.

“A racehorse dies every three days on Australian racetracks. The only difference is on Melbourne Cup Day, the whole country is watching.”

The Victoria Racing Club thanked veterinary staff for their prompt care of the horse at Flemington.

“The Club remains totally committed to the welfare of all equine athletes and the ongoing focus on their wellbeing and will continue to work with the industry to understand the cause of this incident,” the club said in a statement.

Later on Tuesday, jockey Kerrin McEvoy was fined a record $50,000 and handed a 13-meeting suspension for excessive whip use in the closing stages of the race.

Race stewards found him to have whipped Tiger Moth 21 times, including 13 times before reaching the 100m mark of the race, before finishing behind winner Twilight Payment.

Jockeys are only allowed to use the whip five times before the 100m mark.

“Whips definitely have to go as a performance-enhancing device,” Ms Walker said.

She said a vote to phase them out will be before Racing Australia on November 11.