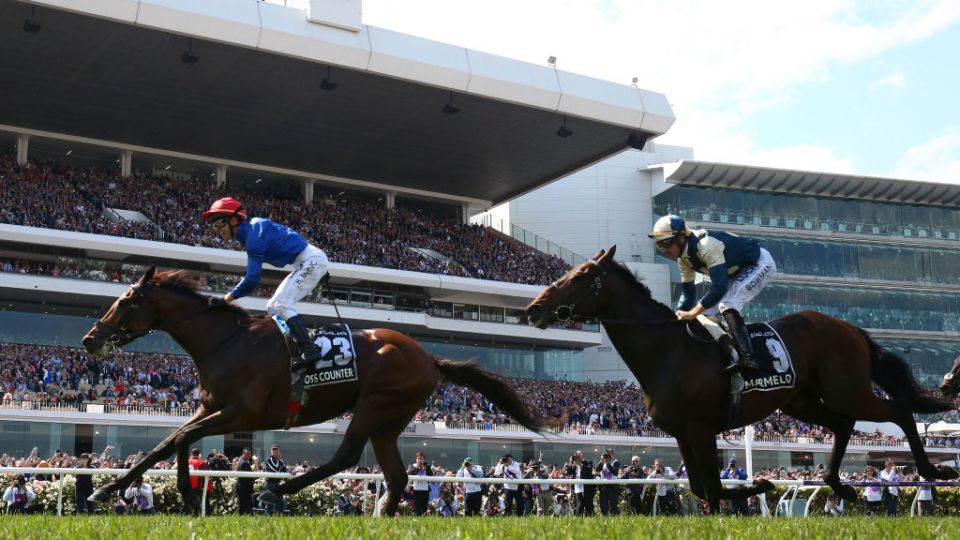 Restricting the international runners in the $8 million Melbourne Cup to invitees only would be a backwards step, two prominent Australian racehorse owners say.

Five-time Melbourne Cup-winning trainer Lee Freedman says the race has become “the anywhere else other than Australia Cup”, arguing international competitors should be invited to participate.

But owner Nick Williams, whose father Lloyd Williams is the most successful owner in the race’s history with six wins, rejected his friend’s argument.

Mr Williams, who has three runners on Tuesday, said the field was very even this year.

“If we’re going to ‘cap’ the runners that come, we’re going to have to fill up the race somehow and what that’s going to do is it’s going to increase the tail of the race because the horses that get in won’t be good enough,” he told reporters on Sunday.

I think that will take away from what the race has become – the race is the best two-mile race in the world and I think we’ve got to embrace that for what it is.’’

“(They are) all throwing a lot of resources at trying to win this race. It says a lot about where this race has got to,” Mr Williams said.

“I don’t think that can be ignored and I can’t understand why we’d want to go backwards from there, because I think that’s terrific.”

“If we want the Melbourne Cup to be what we we say it is – and that is the best two-mile handicap in the world – we have to make it open to all comers.”

He said the internationalisation of the Cup did not detract from it being Australia’s race.

“But I think what it does, it makes sure that the Melbourne Cup is on the world stage as Australia’s race.”

The 11 northern-hemisphere trained horses in the Cup include the current favourite, Japanese stayer Mer De Glace, and defending champion Cross Counter, the first English-trained horse to win the Cup.

“Every part of him is Australian,” O’Brien said.

“It would be nice to turn the tide back a little bit on what’s been going on for the last decade and show we’ve still the ability to have a Melbourne Cup horse born, bred and trained in Australia.”

The Williams’ family’s three Cup hopes – Latrobe, Twilight Payment and Master of Reality – and OTI’s Downdraft are all trained by Irish trainer Joseph O’Brien, although both ownership groups also have a number of horses trained locally.