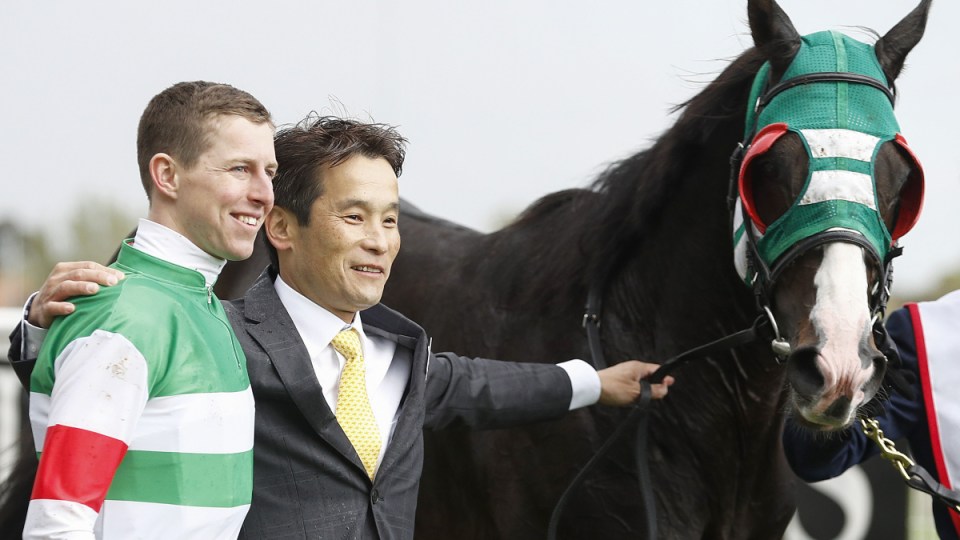 The Melbourne Cup field has been finalised, and the barrier draw has taken place at Flemington, with strong draws for some of the fancied horses.

The Japanese stallion will attempt to become the first since Ethereal in 2001 to do the Caulfield Cup-Melbourne Cup double.

If he is successful, the five-year-old will complete a clean sweep of the three biggest races in the Spring Carnival for Japan, following Lys Gracieux’s victory in the Cox Plate.

Former favourite Constantinople, trained by David and Ben Hayes and Tom Dabernig, also drew well in barrier seven, and is second favourite at $8.

Irish trainer Joseph O’Brien had snagged the last spot in the field when his horse Downdraft won the Hotham Handicap early on Derby Day.

O’Brien, who won the Cup with Rekindling in 2017, has four entries in total – the others are Master of Reality, Latrobe and Twilight Payment.

His father, Aidan, known as the Master of Ballydoyle, has another three horses in the field – Hunting Horn, Magic Wand and Il Paradiso.

So the father-son partnership will have nearly one third of the 24-strong field.

Dubai-based global racing operation Godolphin, who ended a long wait to win the Melbourne Cup last year with Cross Counter, will have the same horse in this year’s field after the withdrawal of Ispolini and an injury to their other Cup hope Red Galileo.

Cross Counter drew well in barrier five, but he will carry the top weight of 57.5 kg.

Another British horse, the Richard Hannon-trained Raymond Tusk, drew barrier three and is $17 for the Cup along with Downdraft and Mustajeer.

Prince of Arran — trained in England by Charlie Fellowes — who came third in last year’s Cup and won this year’s Geelong Cup 10 days ago, was another to receive the luck of the draw, getting barrier eight.

Nearly half the field — 11 out of the final 24 —are overseas-trained gallopers.

Top Australian trainer Chris Waller will try to win the Cup for the first time with Youngstar and Finche.

David Hayes will have three chances to win the Cup for the second time, 25 years after he tasted success with Jeune.

The training partnership of Hayes, along with son Ben and Dabernig, will have Constantinople, Rostropovich (12) and Neufbosc (23).

Victorian trainer Paul Preusker has the New Zealand-bred horse Surprise Baby in the race. Surprise Baby drew 20, but Preusker was not too worried about the wide barrier.

“I think this year’s [draw] might not be as crucial as other years,” Preusker told Racing.com.

“We’ll deal with it, we’ve got the right man aboard [jockey Jordan Childs] and we’ll sort it out.”