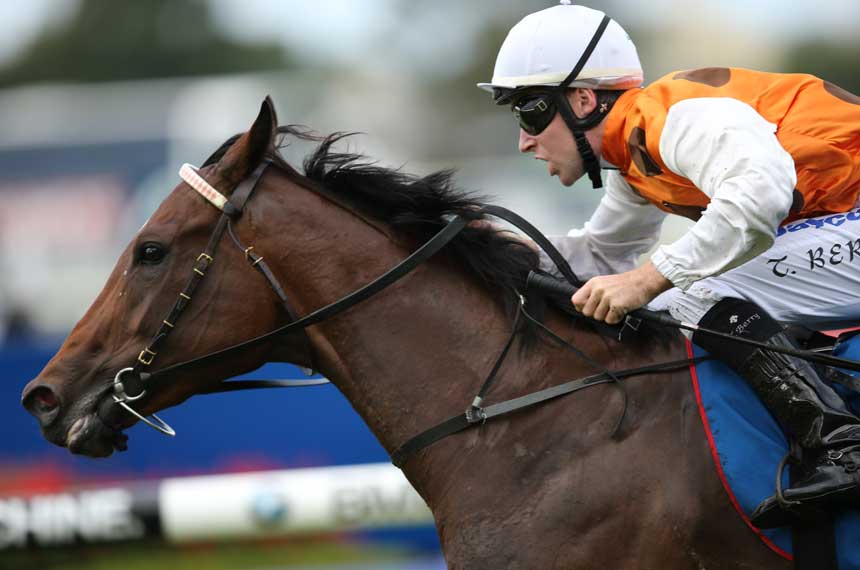 The Championships officially start next week but Golden Slipper day is a special one on the Sydney racing calendar. This year’s Slipper will be an emotional affair, following the passing on Thursday of popular jockey Nathan Berry. Nathan’s twin brother Tommy, father-in-law Glyn Schofield, brother-in-law Chad Schofield, and close friend Christian Reith will all ride in the meeting.

The fifth race of the day has been renamed the Nathan Berry Tulloch Stakes in honour of the jockey, who passed away at 23 after being struck down by Norse syndrome, an acute condition related to epilepsy.

Rosehill hosts the world’s richest juvenile race which through the years has produced some amazing moments. Luskin Star’s massive romp, Vain & Manikato’s sheer speed and Encounter running off the track handing Guineas the win are some highlights. But nothing will ever beat Belle Du Jour bounding in the air, missing the kick by three and yet still winning.

It has been of popular opinion all throughout this racing season that the 2YO females have had the wood over their male counterparts and the favourite here 9 EARTHQUAKE has led the charge. She hasn’t put a foot wrong in any of her four career starts, comfortably winning the Group 1 Blue Diamond at Caulfield on her way to her main aim, the $3.5M Golden Slipper.

Tactics for this event will be fascinating as the short price favourite has drawn a little awkwardly in barrier 13. McEvoy missed the ride on 9 EARTHQUAKE in the Blue Diamond due to injury but he will be looking to put that disappointment to bed with a faultless ride on Saturday. Interestingly, horses settling in the first four in running have been very prominent in recent years, having won the last four editions. Perhaps McEvoy looks to push forward and settle handy. Betting suggests that 10 MOSSFUN is the main danger and she has drawn two positions inside 9 EARTHQUAKE. If they do decide to push forward with 9 EARTHQUAKE, expecting McDonald to kick up on 10 MOSSFUN and possibly make the favourite work hard early to find a position. This may also give 10 MOSSFUN a great trail into the race on the back of the favourite. There is also the scenario of 9 EARTHQUAKE settling midfield, finding cover and following 10 MOSSFUN into the race. This may be the smarter option but she may need luck to come at the right time. With 9 EARTHQUAKE having a minor setback and vets checks, they may opt for the latter and give her an easier run in transit and prey for luck. Our full speed map can be found online here.

9 EARTHQUAKE has without question been the best 2YO this season and she is a deserving favourite. Even despite the slight queries leading into this event, she is clearly the one to beat. No prizes for tipping a short priced favourite but if 100 per cent she should win.

Team Hawkes train 10 MOSSFUN and she looms as an obvious danger. The fact she has drawn closely but inside 9 EARTHQUAKE is a big positive and James McDonald has been in super form of late. Any rain around and she becomes more fancied. The daughter of Mossman is proven in the conditions, romping away in the Sliver Slipper on a Slow 7. Second favourite and hasn’t done a lot wrong.

Really interested in 11 OAKLEIGH GIRL here. She has had a bizarre lead up to the Slipper, not having raced for 12 weeks leading in. Very unorthodox preparation but she has trialled impressively leading in, will be on speed and has plenty of ability. She may have improved through the break and can give plenty of cheek. Must note that we don’t want it too wet for her.

Mick Price has two entered here in 2 JABALI and 5 CORNROW. Despite being beaten by 5 CONROW last start, we feel that 2 JABALI is the better horse of the two at this stage. Price virtually stated as much prior to last start also, so the result in that Todman Stakes was somewhat of a surprise. 2 JABALI had trialled very well leading into that run and we have to be somewhat forgiving of that performance. His second in the Blue Diamond puts him right in this and expecting improvement. Barrier one is a huge positive as he should get a superb run in transit. Four of the last seven winners have come from the inside draw. At double the price of his stablemate ($26) he does look value for multiples.

Another that has drawn well is 14 BRING ME THE MAID who won in superb fashion last week. She backs up quickly but can run well. The last horse to win the Magic Night Stakes/Golden Slipper double was Bint Marscay in 1993.

We have liked 13 ALPHA MISS since her very first trial and she didn’t let us down, winning the Listed Gimcrack Stakes back in October. She has impressed enough since to be a late entry for this race and if there is a chink in the armour of 9 EARTHQUAKE and 10 MOSSFUN, she can pounce.

It would be remiss of us to preview a Golden Slipper and not mention Gai Waterhouse. She has been the queen of this race, having won it five times (Ha Ha/Dance Hero/Sebring/Pierro/Overreach) and been placed with another ten horses. In fact, since 2000, only three times (2002/2006/2011) has she not filled one of the placings. She has the $1.35 million colt in 4 VALENTIA and 6 LAW. Have to be always respectful.

All in all, a superb race and you have to think tactics may play a part in the result. That said, at her best 9 EARTHQUAKE could probably overcome bad luck and a poor ride and still win. Don’t forget she jumped from barrier 15 in the Blue Diamond. Also giving a sneaky chance to 11 OAKLEIGH GIRL from a slightly different preparation on the back of two good trials.

There is also the G1 BMW over the 2400m in a rematch of the Ranvet Stakes with the high quality horses Fiorente and It’s A Dundeel. Plus there is a really good G1 Vinery Stud Stakes for the fillies on their way to the Oaks and the final Derby trial in the Tulloch Stakes.

Definitely not the strongest event on the card but it looks a good betting race. Expecting 8 THAT’S A GOOD IDEA to lead if he doesn’t miss the kick like he did last start. Speed map thanks to www.racingfans.com.au below.

Joe Pride has been in very good form of late and he saddles up 8 THAT’S A GOOD IDEA. The 4YO was tardy away and hampered shortly after the start at Rosehill a fortnight ago and that was virtually the end to his chances. For a horse that is usually up on the speed, he was forced to settle a long way back and was never really in the hunt. In a race that was dominated out in front by Kencella, his effort to pick himself up and run home for third was full of merit. It had ‘back me next start’ written all over it. Unfortunately, everyone saw that run and no doubting the son of Flying Spur will be well found in the market. In saying that, he should get a cosy time of it, with a lack of speed engaged and he looks the one to beat.

Loved the recent trial of 2 HOT SNITZEL and expecting him to run a good race here. He won this race last year second-up on his way to being competitive in strong Group events in the Brisbane Winter including the Stradbroke. First-up here on the back of a very nice trial, expecting him to run very well. Very adept on slow tracks, winning 3 from 4 but does not handle a genuine heavy track so it will definitely pay to monitor conditions.

9 BULL POINT is the sole 3YO engaged in the event and must be respected. He started short favourite in the Group 1 Futurity two starts ago which is a key indicator of this boys ability. He has since failed in the Randwick Guineas but we are convinced he is a much better horse over the short courses as faces today. Still hold a query on 3YO form, especially the males, but his best run was at this track and he handles all conditions.

The wetter the better for the top weight 1 TEMPLE OF BOOM. His two runs this prep have been solid and drops back in grade. Definitely feel he can be competitive, especially if the rain comes.