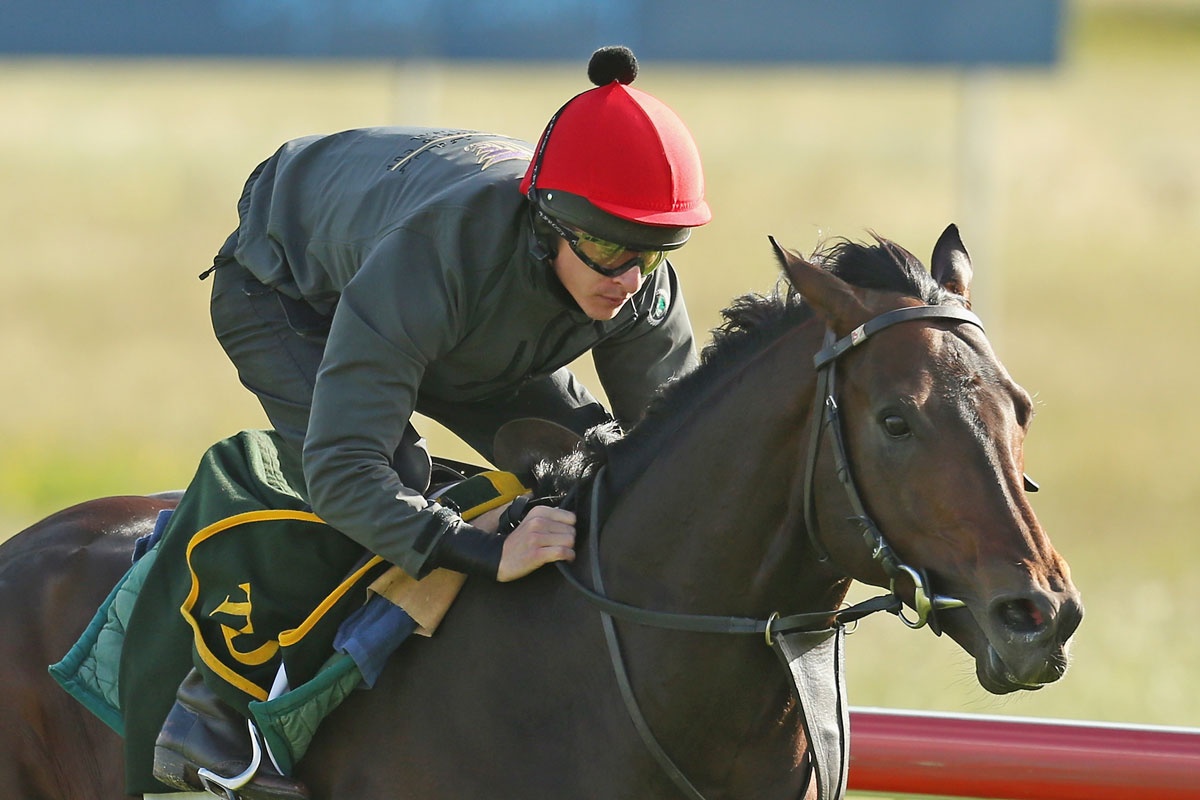 Former soccer star Michael Owen has confirmed he gave the game away early in order to follow his dream of watching horses like his Melbourne Cup raider Brown Panther around the globe.

Speaking two days out from the big race, Owen said he was excited to be part of the $6 million stayers’ classic over 3,200m.

“I only retired 3 or 4 months ago so I could get to events like this. It is everything I expected and more,” the former Liverpool and England striker told reporters at Werribee.

“It’s a fantastic race it’s great to be a part of it.”

Brown Panther came into Cup calculations after he won the Goodwood Cup over the Cup distance. Owen said he was happy with preparations for the big race, and a solid barrier draw in gate six.

“My horse has travelled well, I think he only lost seven kilos on the flight, he’s put that back on,” he said.

“He’s eaten well, he’s training well so we’ve got all the boxes ticked so far but obviously the biggest box to tick is to be good enough to win the race – and that’s the hardest thing of all.”

All the international hopes had their final Cup hitouts at Werribee, and while all the connections were speaking with optimism about their chances, at least one trainer was pumping up a former winner of the race.

Red Cadeaux’s trainer, Ed Dunlop, said he hoped there was good pace in the race to counter his horse’s poor barrier draw of 23.

“But I think everyone is also forgetting about Dunaden.

“He looks amazing, he’s a classy, classy horse – he could defy all the weight he’s got.”

Dunaden’s owner Sheik Fahad Al-Thani said the topweight had a big challenge ahead of him to repeat his 2011 triumph.

“But he loves Flemington as well. We know he runs well fresh like last year.

“His preparation has been fantastic.”

Dandino’s connections confirmed the Melbourne Cup was an afterthought for the seven year-old, who has received plenty of support to win on Tuesday after his eye-catching second placing in the Caulfield Cup.

“We brought Dandino out … (he was) really trained up for the Caulfield Cup,” owner Darren Dance said.

“As luck turned out he travelled splendidly, everyone saw his run.

“It was a blinder of a Melbourrne Cup trial I thought.”

Trainer Ed Walker cleared up the circumstances surrounding Ruscello’s acceptance for the Cup after his win in the Lexus Stakes.

Reports suggested Walker was not keen to back the horse up after Saturday’s run.

Walker said the owners had never put any pressure on to run Ruscello.

“I didn’t want to commit to anything before I saw the horse,” he said.

“Once he passed the vet check … and I’d seen how well he came out of it (the Lexus), it was pretty much a no-brainer.

The five-year-old gelding will now race with the bottom weight of 50kg, although he will have to contend with the outside barrier.

“Look, she’s one of the favoured runners in the race,” Moroney said.

“I’m pretty sure most of the Europeans would agree she brings the right form into the race.

“I think the last box she ticked (was running) on reasonably good ground at the Curragh (in the Irish St Leger) last start.”

The Aga Khan has his first runner in the race in the fancied Verema.

Princess Zahra said her father was delighted to have finally found a horse to challenge for the Cup.

“Over 90 years we’ve had plenty of successful breeding operations in Europe and the (United) States.

“But to come here is a major step for us, it’s wonderful.

“It (racing) is a business that has definitely gone global and we’re trying to follow that.”

Wembley to Flemington: What Michael Owen did next