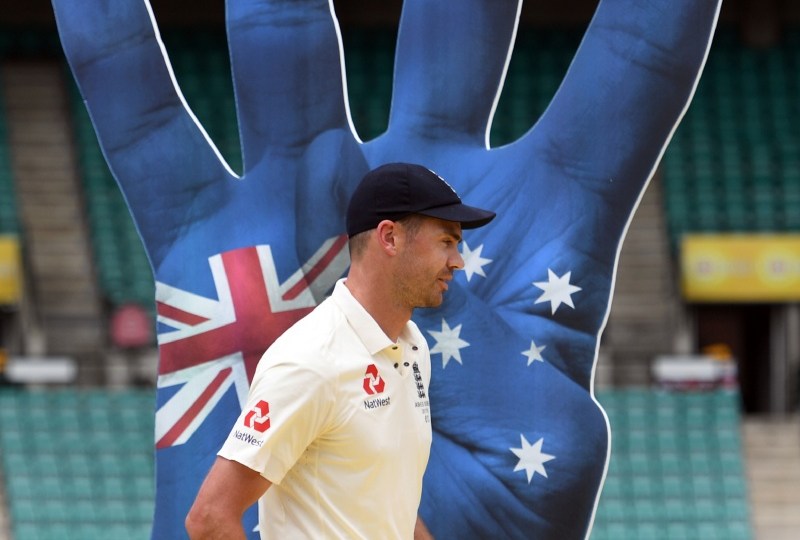 A giant four-fingered salute on show at the Ashes presentation ceremony at the Sydney Cricket Ground on Monday has been described as “tasteless” and “gross” by viewers.

Channel Nine commentator Mark Taylor led the ceremony, following Australia’s innings-and-123-run victory in the fifth Ashes Test to wrap up a 4-0 series triumph, with the oversized hand in the background on the outfield.

Veteran journalist Mike Carlton deemed the hand – emblazoned with the Australian flag and holding up four fingers to signify the 4-0 series win as opposed to England’s closed fist – as “gross”, while others tweeted that it appealed to a “One Nation mentality”.

Really ? How gross. I’m all for beating England at any known sport, but this is insulting triumphalism. Anyone agree ? pic.twitter.com/wwg0uBMed1

But a Cricket Australia spokesman said the on-field presentation represented the marketing campaign from the Ashes series.

“The hand signified the results of the series which was 4-0 to Australia,” he said.

“Had the result been different, the presentation dressings would have reflected that.”

Captain Steve Smith and his players were photographed in front of the oversized hand with the series trophy as they celebrated.

Victorian barrister Fraser Cameron tweeted the fact the none-too-subtle victory salute was “conceived, prepared and considered appropriate by someone paid by Cricket Australia (CA) makes it even more ordinary”.

The only way it could be worse is if it was flipping the bird… https://t.co/l3qA7pSleJ

Huge congratulations to our Australian Test Team @CricketAus led by the sublime @stevesmith49 To the marketing team #StayClassy 👌 pic.twitter.com/iFrH79yXAI

The backlash in regards to the marketing decision is indicative of the Australian attitude to sport, sportsmanship and respecting one’s opponent.

It follows on from England’s rugby union coach Eddie Jones, a former Australian player, accusing Australia of having a lack of respect late last year.

In November, Jones responded to Australian coach Michael Cheika’s claims England would try to “bully” the Wallabies in the Cook Cup clash at Twickenham.

Cheika had refused to meet with referee Ben O’Keeffe in favour of influencing him through the media.

“I have coached over 100 Tests and before every Test I have had a meeting with the referee.

“It’s a sign of respect that you want to know what he wants from the game. It’s a mutual exchange of information for the benefit of the game.”

England vice-captain James Anderson told ABC Grandstand after the official Ashes presentation on Monday there were “a lot of guys hurting in that dressing room”.

“I hope they are hurting as much as I am, watching Australia celebrate.”

The Ashes: Giant four-fingered salute slammed as ‘gross’ and ‘tasteless’