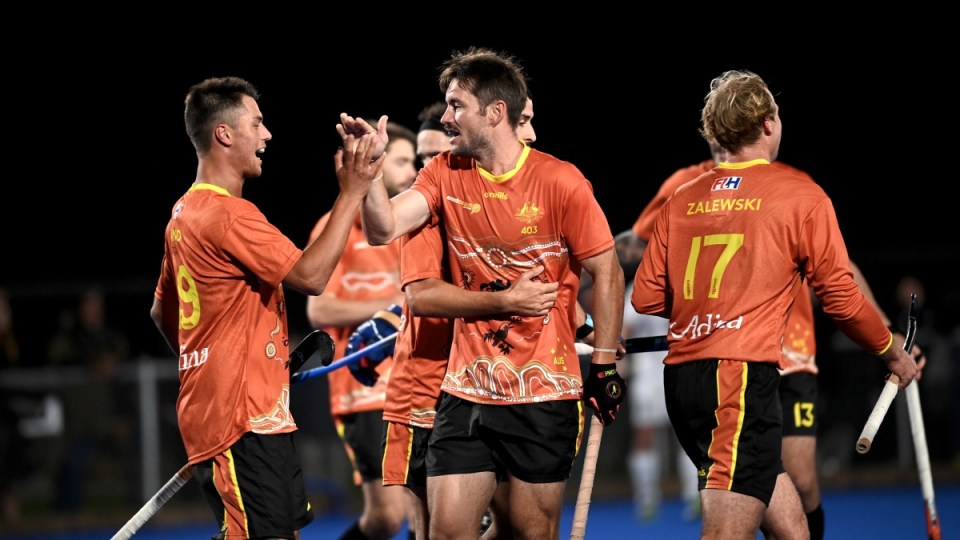 Australia made it two from two in the series with New Zealand after a 4-0 win in Auckland. Photo: AAP

The Kookaburras have backed up their 8-1 thumping of New Zealand by recording a second convincing victory in two days.

The Australians scored a 4-0 win in Game 2 of the four-match trans-Tasman hockey series at the National Hockey Centre in Auckland.

Blake Govers earned the first penalty corner on Thursday night and Jeremy Hayward duly converted with a low direct drag-flick between Dom Dixon’s legs to have Australia on the board after just four minutes.

In the 11th, Tim Brand made a strong attacking circle entry and earned a penalty corner after a video review.

Better day in the office.

Unlucky to go down 4-0 to the world number 1. Plenty of positives to take into Saturday and build some momentum.

See you then, grab your tickets or catch us on Sky Sport. pic.twitter.com/vgoJu2Gw7y

Govers took the drag-flick this time, and despite his shot drawing a good save from Dixon, the rebound fell directly into the path of a fast-swooping Nathan Ephraums.

He fired in a quick shot, for a 2-0 lead at quarter time.

The second period saw the Black Sticks slow the game down and attempt to control possession, but Eddie Ockenden, playing in a defensive role, dominated the back-half for Australia.

After the main break, the Kookaburras started much like they began the match, with plenty of speed and aggression.

Hayward combined with Josh Simmonds to earn Australia’s fifth penalty corner in the 31st minute, which Hayward converted for his second goal of the match – another drag-flick, but this time high, drawing a stick-save from Dixon but still travelling into the net to give the Kookaburras a 3-0 lead.

Another penalty corner for the Kookaburras in the 42nd minute broke the pattern of play, with Govers flicking perfectly high into the top left corner of the net for their fourth.

New Zealand’s best chance came in the 46th minute after some brilliant midfield play by Sean Findlay allowed Sam Hiha to squeeze a shot from the top of the circle, only for substitute goalkeeper Andrew Charter to make a comfortable save.

The third Test takes place on Saturday (11.35am AEST).

Kookaburras double up with 4-0 win against New Zealand