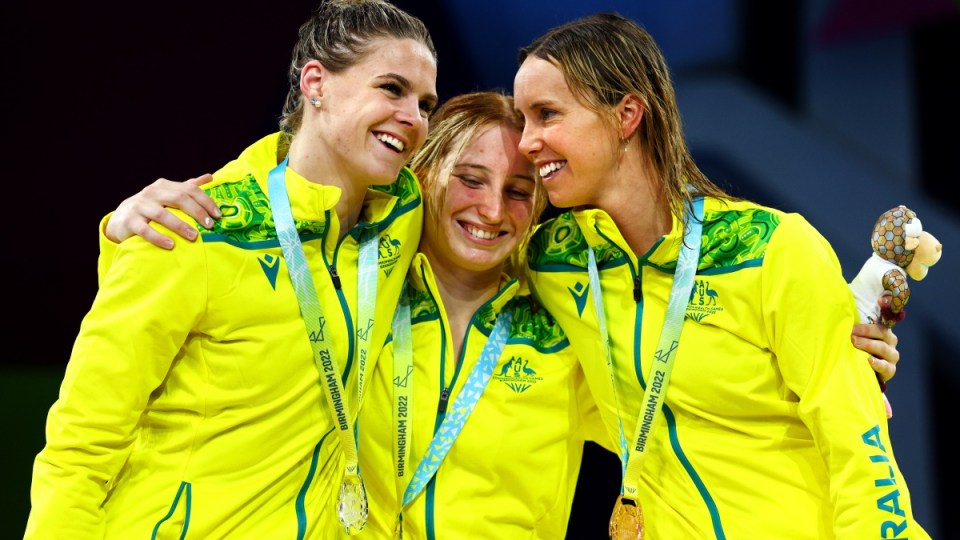 More valuable than the 65 medals stashed in the luggage of our Commonwealth Games swimmers is the lesson they delivered to our nation: That fierce competition and warm sportsmanship can co-exist, in and out of the pool.

And it’s a lesson our politicians should learn.

Examples popped up repeatedly, and not only in the pool, but let me take the example of one race: The 100-metre freestyle, where the medal dais only had room for three Australian women. Mollie O’Callaghan, who only turned 18 a few months ago, took the gold medal from Shayna Jack and Emma McKeon.

That was a mighty sporting upset.

It's Gold for O'Callaghan! 🥇

McKeon, who is fiercely competitive and a decade older than O’Callaghan, doesn’t let anyone beat her. She is the greatest Commonwealth Games athlete of all time.

But if she was disappointed, she hid it behind a smile a mile wide.

And it was the conversation, straight after the race, with Channel 7’s Cate Campbell – another stellar sporting role model – that told a story worth a swag of gold medals.

McKeon was full of grace, as she described the ‘incredible’ feat of her competitor; the swimmer who stole a rare gold medal from her. She focused on how members of the swim team helped each other, racing all year, and upping each other’s standard with each race.

“You forged the pathway for us to do that,’’ she told Campbell. “I know all over the world there will be young ones coming through and I have these two (O’Callaghan and Jack) back home to race all the time.’’

This was minutes after the showdown. After McKeon was beaten in a race everyone expected her to win. And after O’Callaghan, who had not seen her parents for a couple of months, must have been inwardly celebrating the biggest moment of her life.

And yet, with maturity beyond her years, she didn’t even comment on her performance, but that of her ‘amazing’ Australian team competitors, including her ‘absolute idol’ McKeon.

The photographs of them hugging, in an unguarded moment, showed genuine sportsmanship, despite the fierce individual competitive strategy each had put into the race.

For example, O’Callaghan pulled out of the 50-metre butterfly and reduced her workload so she could focus on the 100-metre freestyle. She went in to win it. So did McKeon and so did Jack.

We saw the same sportsmanship, gratitude and humility each day: In Cody Simpson telling us he was just focusing on what he could learn in each race; Elizabeth Dekkers, after the heartbreak of missing Olympic selection by the width of a hair, going on to win her first international title; and Ariarne Titmus adding another record to her name, without an ounce of fuss.

Living proof that it is never too late! #B2022 pic.twitter.com/wY3JrzQmph

How could we patent that behaviour, and use it in Parliament?

How could we build a national discussion around the Indigenous Voice to Parliament, for example, without hurtful and loud and divisive claims that sink a thoughtful debate, and drown out voices that count?

If you can beat someone out of a gold medal and hug them, we should be able to articulate different viewpoints without the rancour that now colours so many of our discussions.

Perhaps we need sporting greats like Ash Barty and Cate Campbell and Emma McKeon to tutor our politicians?

Or perhaps we need our politicians to rewatch that 100-metre freestyle final and not gloat about the fact that it was an Australian trifecta, but the fact that three young women – one of them not even old enough to vote in the last election – provided a lesson we should all value.

Politicians take note: Pooling leadership lessons is a win-win scenario for all